Double Fine founder Tim Schafer used to tell people he didn’t have any regrets; he’s been able to make all the things he wanted to make. But as he got older, his feelings changed. In his career, Schafer both participated in and encouraged brutal periods of crunch on various game development projects. Reflecting on it now, he says he has a lot of regrets about what he put his teams through.

“When it’s just yourself, you can throw yourself against the task as hard as you can,” Schafer says. “‘All day and all night, I’m going to push this rock. Ahhh! I’m going to give it my all.’ And then as I got more into a role where I was managing and designing and there were other people doing the gameplay programming stuff, now you’re pushing on a soft person who’s against the rock. So you can, like, squish them and kill them if you push too hard.”

Schafer’s career began in the nascent years of the game industry; his first job was at LucasArts, the game development division of Lucasfilm, in 1989. While many large companies made games at this time – Schafer worked for George Lucas’ company, after all – video games were still a hobbyist medium, made for and by hobbyists. Common labor practices of other industries weren’t present in the burgeoning game industry – which was full of people making tentpole games at home with friends, such as the original Doom, developed by id Software and released in 1993.

At the time, working day and night on video games, even at the cost of personal wellness, was just what game developers did. As Schafer tells it, it never occurred to him to be upset over the hours he put in at LucasArts. Working on point-and-click adventure games, such as Escape From Monkey Island, Day of the Tentacle, Grim Fandango, and Full Throttle, Schafer worked countless hours, because that was the job.

“I had no life,” Schafer recalls. “I was working on Grim Fandango until, like, three at night, seven days a week. All I did was be in the office writing dialogue all the time.” 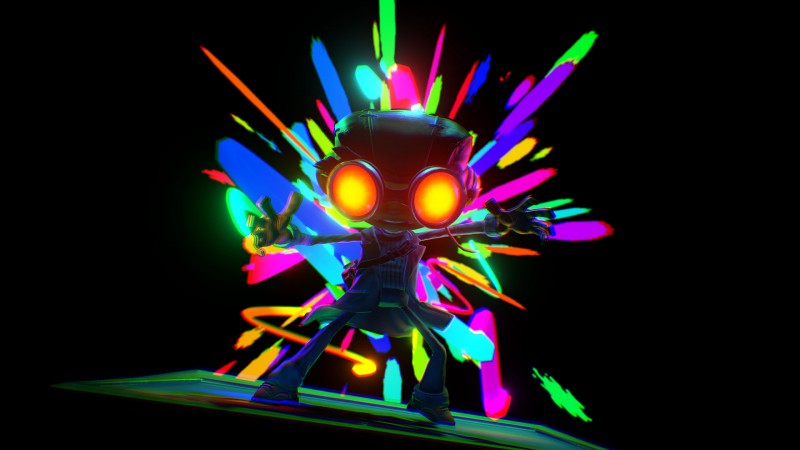 Petty, who’s worked in the game industry for 25 years and been with Double Fine since Brütal Legend, says he’s seen Psychonauts 2 handled better than any project before it at Double Fine. Schafer and other management have made avoiding crunch a top priority, he says. And while he feels great about that movement, he adds, “I feel like there’s always improvement that can be done.”

These points are all echoed by newer members of Double Fine’s staff. During a recent period of burnout, content and community manager Heather Alexandra, who also wrote about crunch during her time as a journalist for Kotaku, was told by her boss to take time off. “And I think in other places, if you were working in Business Unit C of ward nine, whatever, that just wouldn’t happen,” Alexandra says. “But here, it’s a thing that can happen because people do look out for each other.”

Other employees bring up similar stories, being told to take time off by bosses or superiors when they’ve put extra time in on a project. Similarly, sometimes if someone is staying at work late, they will also be told to just go home.

“The only time I’ve ever stayed late is because I, personally, was like, ‘I really want to get this thing done,’” says senior systems programmer Aaron Jacobs. “In those few cases when that has happened and I have decided to stay late, I will, at the time, often get pressure from people to go home.”

While Double Fine has certainly found a better balance in this area, that’s not to say the studio is perfect and there isn’t room for improvement. Challenges continue to arise, especially in the last year, when the workforce shifted to working from home due to the ongoing global pandemic. It’s harder to keep an eye on every employee when they’re no longer sitting next to you in an office. If someone does a bit of extra work at night instead of watching Netflix, does that count as crunch? What if someone works better at night than they do during normal work hours? Do you try and mitigate that? As Double Fine keeps addressing its relationship to crunch while also navigating a changing world, these are the questions newer employees bring up when asked about Double Fine’s labor practices, on top of whether a project inherently encourages crunch – despite management’s best efforts. 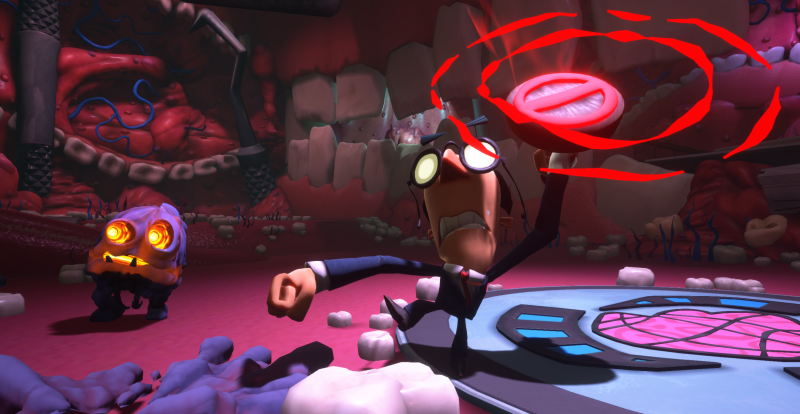 “I think there are ways to improve,” says senior concept artist Gianna Ruggiero. “Even though we are a culture that we don’t condone crunch, is the project itself making it stressful for people to feel like they need to crunch? And if that is happening, how are we addressing that? And I don’t think that’s something that Double Fine is that aware of yet.”

It stands to reason that after 15 years of striving to limit crunch, Double Fine will continue to reevaluate, reassess, and work on its relationship with labor going forward. Talking to people from the studio, especially on Psychonauts 2, it seems to be a sizable pillar of the company’s overall culture and development philosophies. Schafer admits he is still learning; it’s an ongoing process. But at the very least, where other companies have often failed, Double Fine has created a workplace that tries to put the individual needs of its employees first. It’s a game development studio making commercial products, but that studio is made of human beings. That’s not lost on the brass within Double Fine.

“I think prioritizing people is something that Double Fine does a good job at,” says environment artist Janice Bell. “Because it just feels like a lot of other studios see their people as assets, where Double Fine is the first studio I’ve worked at where they actually see you as people, important parts of the studio with views that matter and input that matter[s].”