How many deadly sins are there? I bet you said seven. You’re wrong. If you read the title and tried to be a smartarse and said eight, you’re also wrong. There are nine deadly sins, or at least there used to be. Two have been forgotten over time, or were deemed too similar to others and were simply consumed by the bigger sins.

The first forgotten sin is vainglory. Meaning unjustified boasting, you can see where the overlap with pride begins, albeit with an added bonus of plain old lies. It was Pope Gregory who officially folded the two together in the sixth or seventh century, and it has been forgotten so hard that we don’t even use it as a word any more, let alone a deadly sin. The second, which also fell at the hands of Pope Gregory back in the day, is acedia. Acedia is often translated as ‘apathetic listlessness’, which is a mood we can all relate to. It’s when the world is getting you down, it’s the behaviour you exhibit when you’re feeling down and melancholic. Some monks translate it as spiritual detachment, which hits a bit close to home, but old Greg (not that one) thought it was too similar to sloth.

It’s this sense of acedia that Niall in Dragon Age: Origins embodies. Wait, you don’t remember Niall? You need me to explain who he is, too? Fine. Niall is the pessimistic mage you encounter when the Sloth Demon puts you to sleep. It's one of the best dungeons in the game, but not for poor Niall. He’s been trapped in the dream world for longer than he can remember, the spirit slowly eating his soul to feed the facade. Niall is a piteous man, resigned to his fate to remain in the Sloth domain forever, lacking the motivation to break free. You have more motivation than Niall, likely because you haven’t been worn down by what seems like years of demonic attrition. So it’s your job to save him, and yourself. 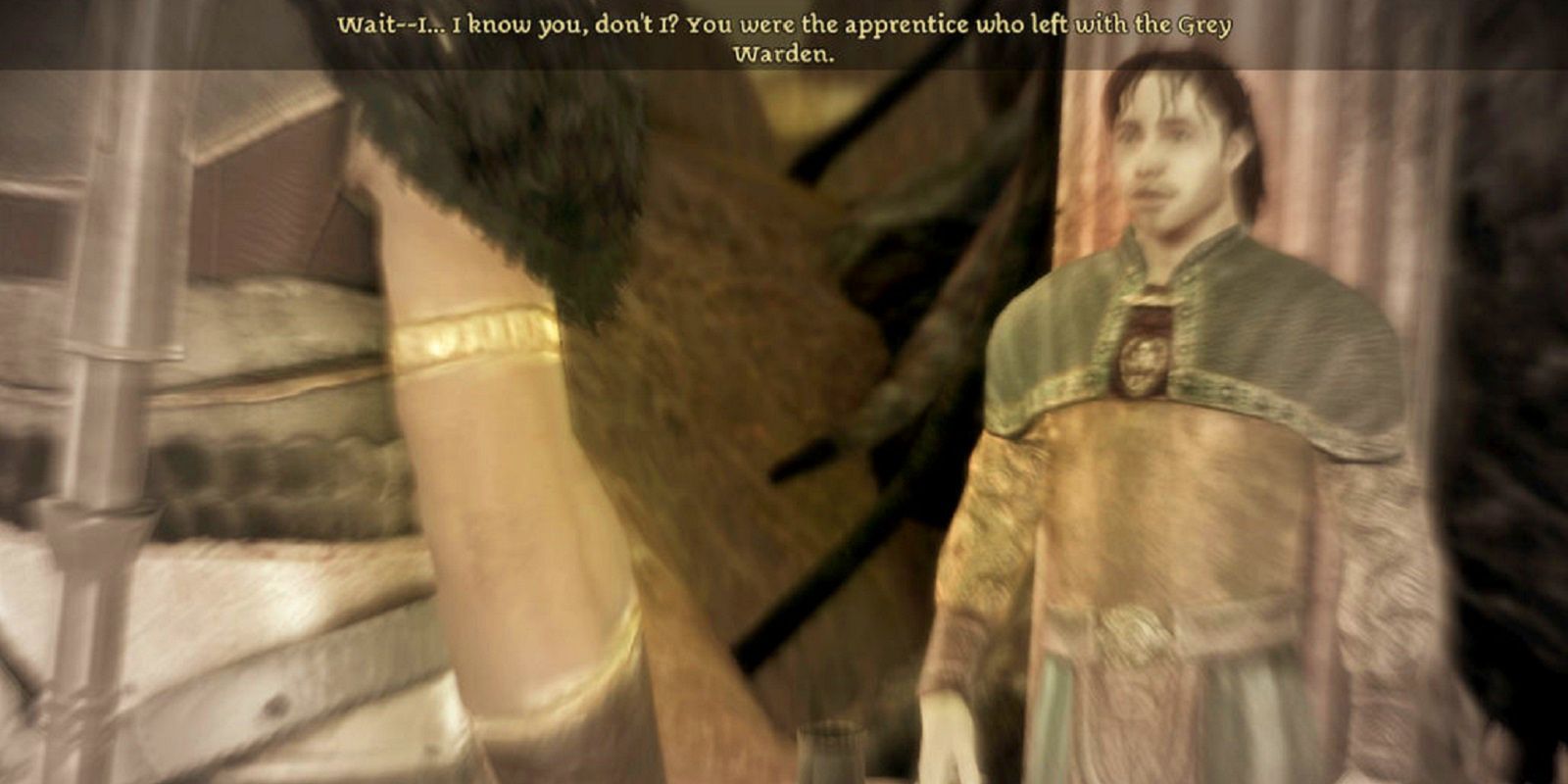 This is a common situation in Dragon Age. You’re a Grey Warden – one of last Grey Wardens – and it’s up to you to save the day. I’ve not finished the game yet, but it’s your job to unite the nation of Ferelden against the Darkspawn and defeat the Blight. But not everyone is laying down their swords like Niall.

You meet Bann Teagan, who is doing everything he can to find a cure for his brother the Arl’s poisoning while also repelling waves of zombies from Redcliffe Castle to protect the people of the surrounding villages. The Elves may seem pretty passive in the face of Witherfang, but they aren’t resigned to their fate, they’re less ‘spiritually detached’ and more coming to terms with their people’s suffering and finding their new place in the world.

Niall is the only character I’ve met so far who embodies acedia so perfectly, so it’s fitting that he resides in the Circle Tower, a place overrun with demons representing the deadly sins. I’ve spoken before about how much I wish there would be more demons akin to Sloth in the Circle Tower, pitting you against Fade worlds designed around the concepts of Wrath, Lust, or Envy as you make your way up staircase after staircase. As much as I loved puzzling my way through the Sloth Demon’s domain, however, Niall provided a more emotional anchor for the quest. 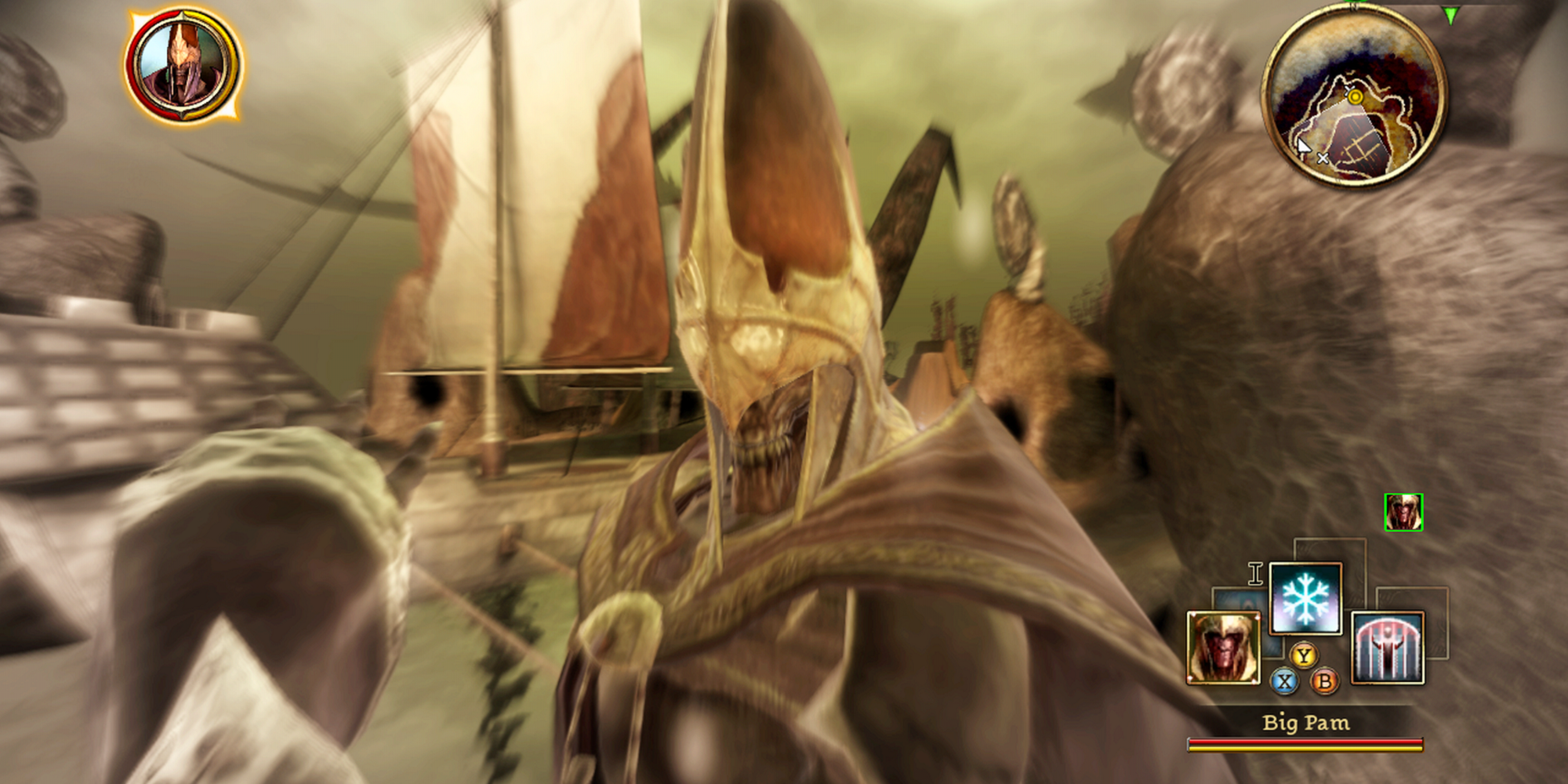 I desperately wanted to save Niall – as much as I wanted to save my own companions. Unfortunately, he knows that his life force has been drained from his body back in the real world and there’s no point in him escaping the Fade. However, right at the last, he tells you to loot his corpse for the Litany of Adralla, which will help you in the fight against Uldred, the senior enchanter who is summoning the demons to the tower through Blood Magic.

In this moment of oblivion, as Niall contemplates his own mortality, he shrugs off his state of melancholy and is encumbered with acedia no more. He’s being proactive and helping you, despite being aware that he’s already fundamentally dead. Just as you have beaten sloth, Niall has beaten acedia, and is free from his sin. It’s not a happy ending, but at least he gets some catharsis. That’s enough for me.