Dragon Quest Builders 2: 10 Beginners Tips To Get You Started

Dragon Quest Builders 2 has always been a fantastic video game, but it’s received somewhat of a resurgence of late thanks to an appearance on Xbox consoles and Game Pass. It is, however, a dauntingly complicated and long adventure, but like any good game, it’s easier with a few tips to get you started.

Any fans of the RPG genre looking to play something new should give this game a try, and even outside of Game Pass there is also an extended demo to first try which carries over user data to the main game. Overall it’s a rich, satisfying, and smart evolution of the building genre that also houses a great RPG in between. So try it out for yourself, and when you do here are some tips to make your adventure a little bit easier.

10 Endure The Intro – It Gets Better 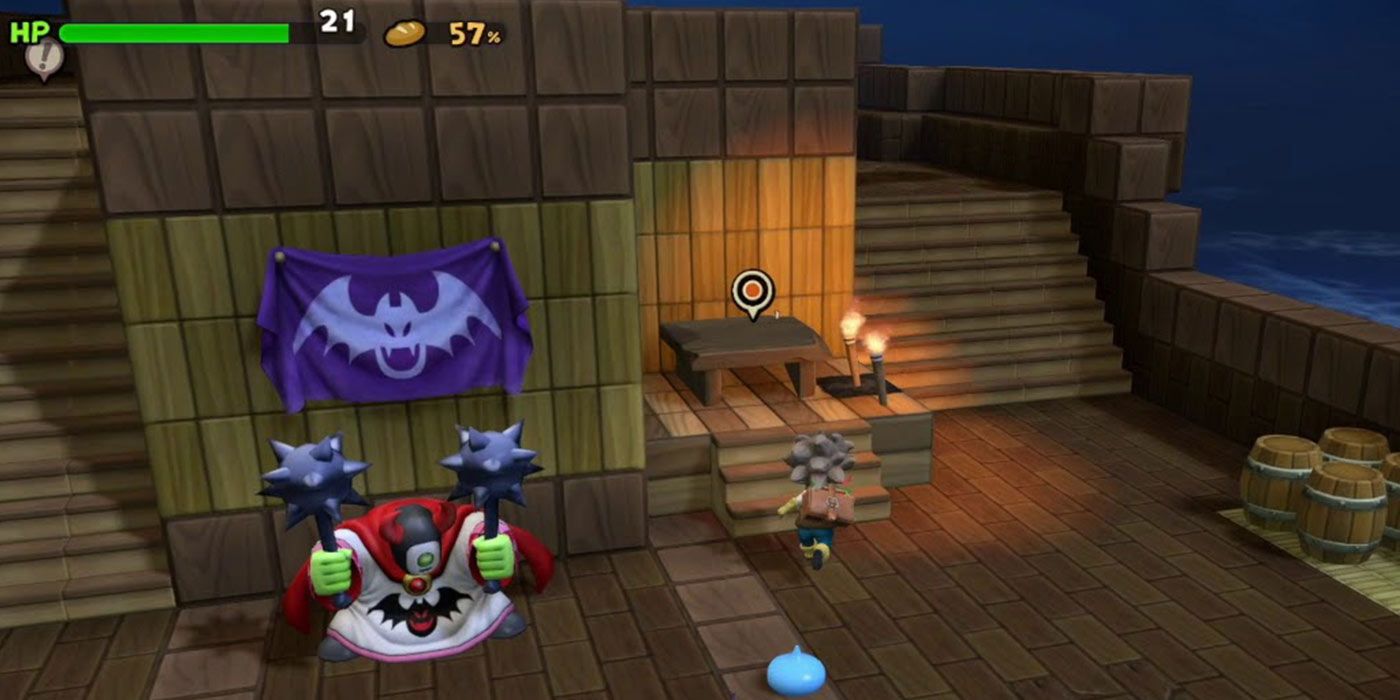 Dragon Quest Builders 2 is an inventive, interesting and at times emotionally charged RPG with a real heart to its story. Except, the very beginning might just be the worst part of it. Stranded on a ship and doing tedious busy work for villains, the opening moments were likely meant to teach players the basics and set the tone of the adventure, but sadly probably put many people off.

Yes, it’s a slog, but push through until at least the Isle Of Awakening and this truly special game starts to open up. If you do continue through the game, this same advice applies to the prison section which will be obvious when you arrive. It’s a tiny bit tedious, but power through and you’ll be rewarded. 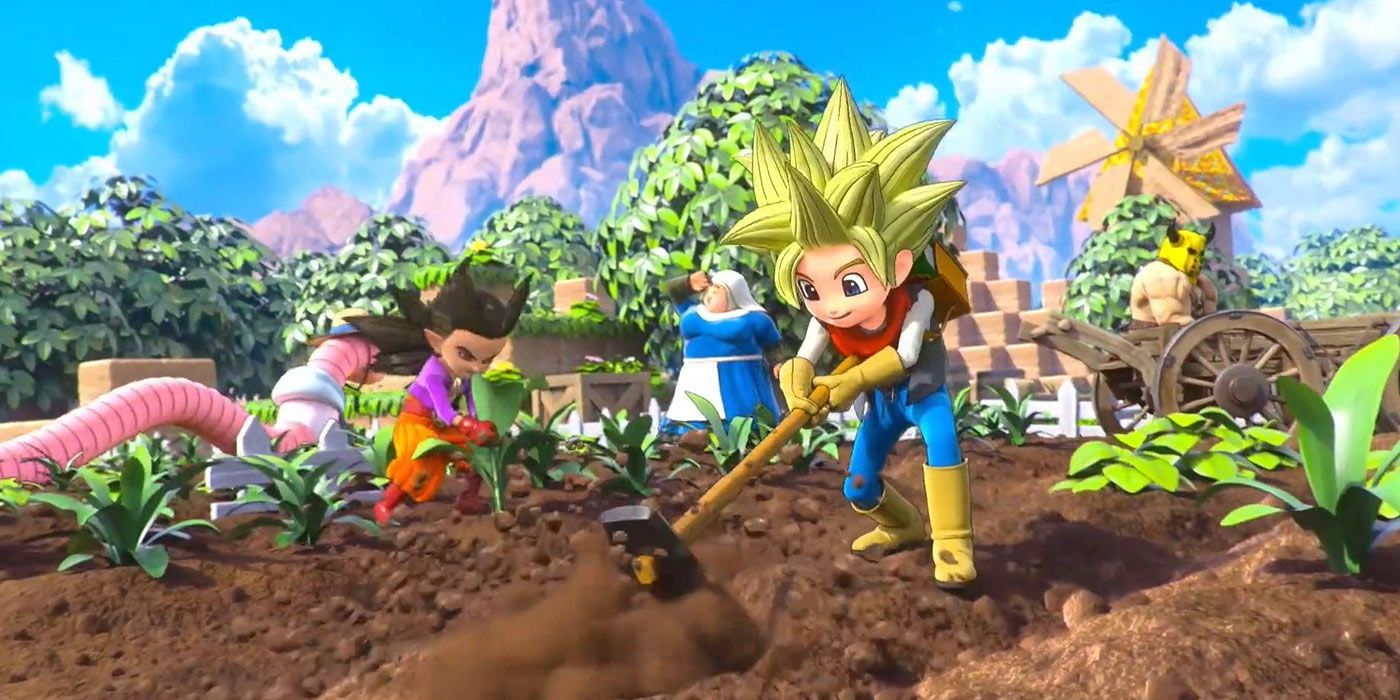 Early on you will learn how to farm crops, and using the fruit or vegetables available will help you to start making recipes for you and your villagers. But importantly, the more crops you yield, the more gratitude you’ll receive with each harvest.

Gratitude is absolutely essential to your progress in the game, so make use of all the space on the Isle Of Awakening you need and plant crops as far as the eye can see. The same goes for building farms and caring for livestock, the more the merrier and the happier it’ll make your villagers.

8 Explore Every Corner – Quest To Be The Best 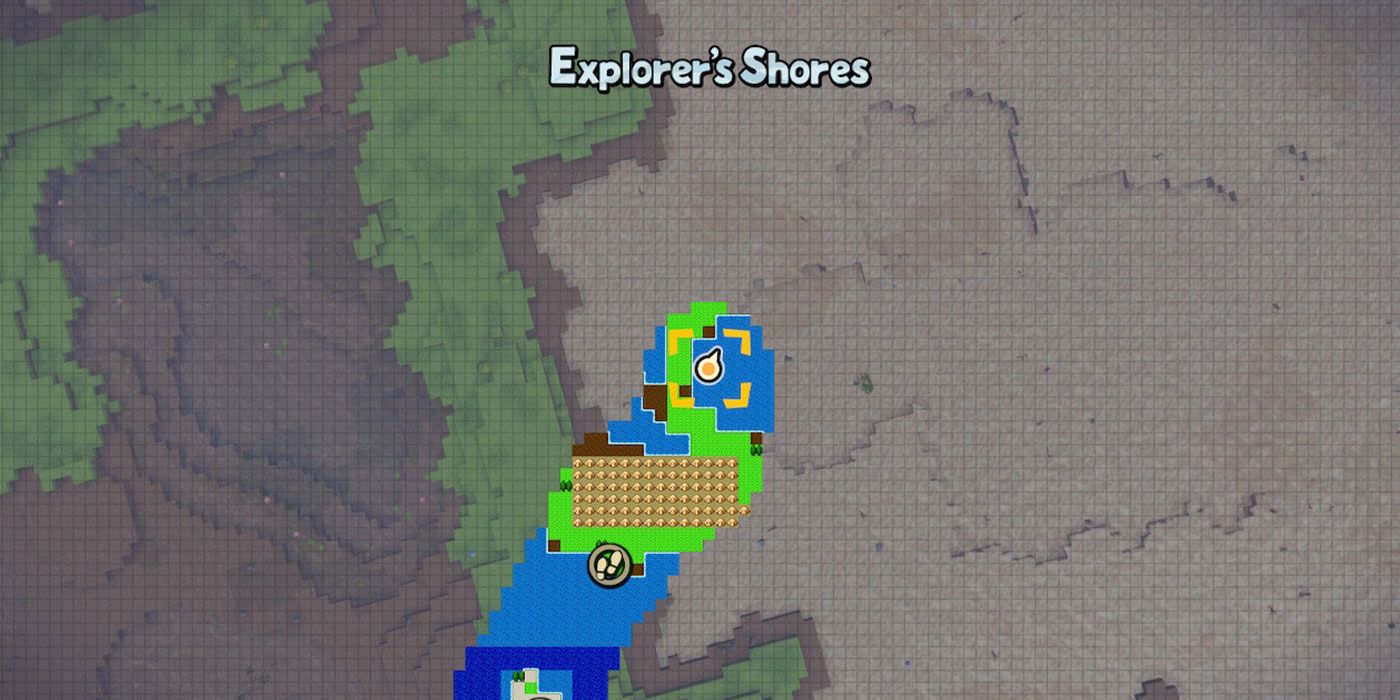 Players might be forgiven for thinking Dragon Quest Builders 2 can be quite a linear RPG at times, but it never gets in the way of letting you explore each island. Not only is there plenty of enemies to find, but also weapons, armor, resources, and legendary items tucked away in the farthest reaches.

Some of the items are fantastic callbacks to previous Dragon Quest games, so it’s worth digging and gliding to every corner of the map. Don’t forget, you can also press and hold Select (or – on Switch) to get a bird’s eye view of the map that’ll likely reveal a few hidden treasures or enemies, both of which are worth seeking out.

7 A Puzzling Challenge –  Pedal To The Medal 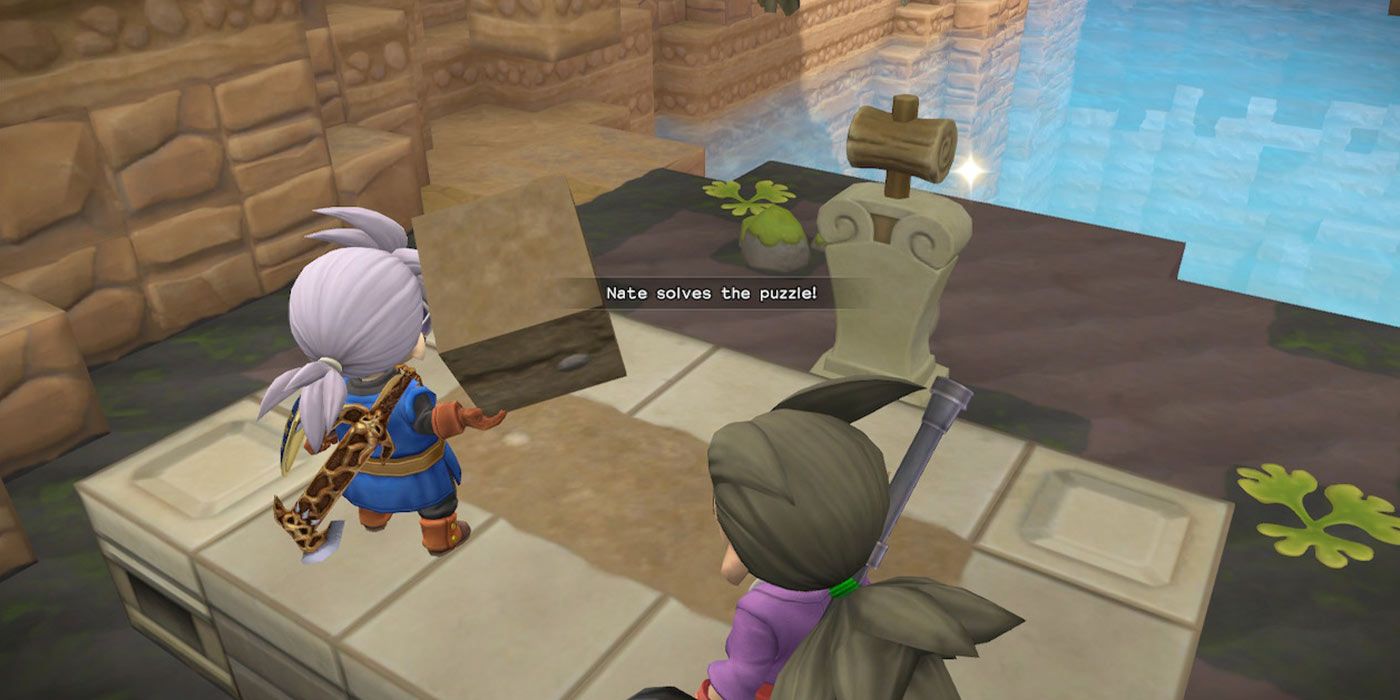 As well as various treasures there are also a series of puzzles to be found on almost every story Island in Dragon Quest Builders 2. As well as being a nice exercise in building they also reward you with valuable mini-medals.

These medals help immensely in unlocking things further down the line, so it’s well worth your time to hunt down all the puzzles you can on each island as and when you are there. It’ll save you some backtracking as well! 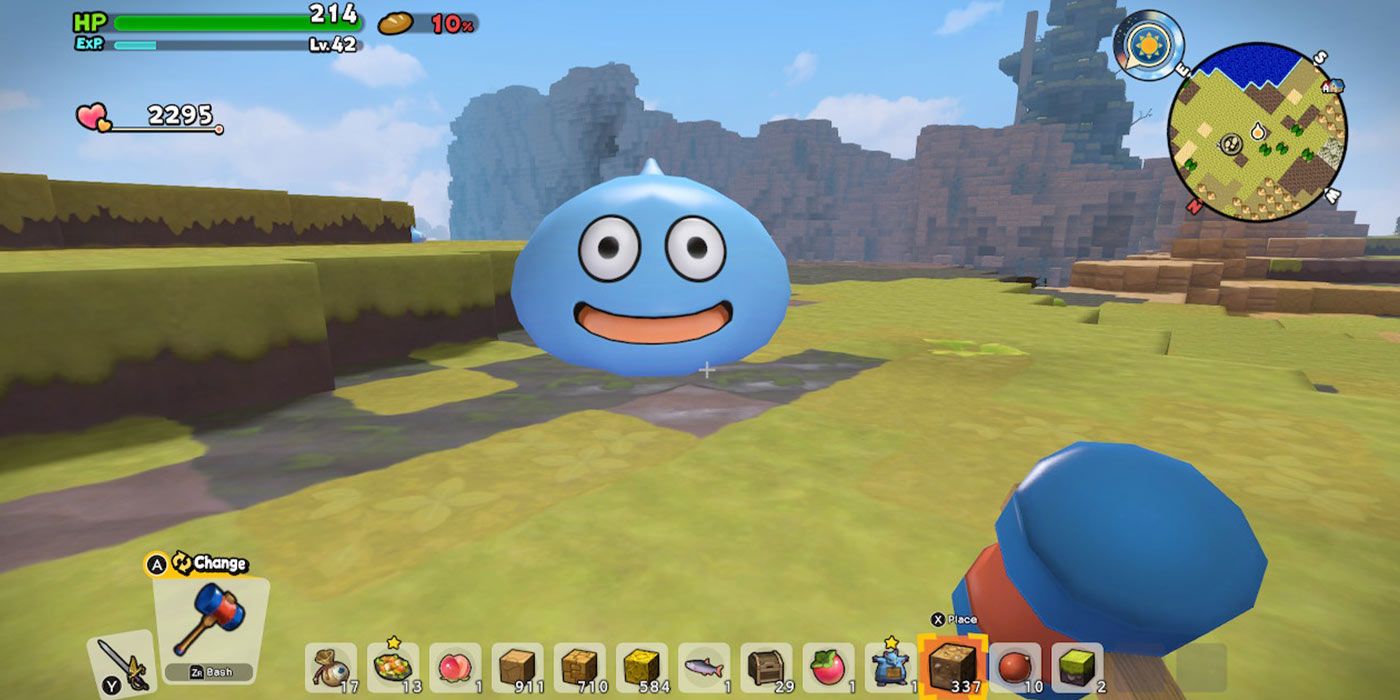 It might be an RPG first, but Builders 2 still requires a lot of building, and there’ll be times you might wish it was closer to its inspiration Minecraft. Well, don’t forget that at any point you can press R3 to switch into the first-person mode, which makes those finer details that much easier to place.

Meanwhile, you can hold the ‘place’ (X on Nintendo Switch) button to continue laying materials, and simply hold either Left Or Right to lay blocks indefinitely. Finally, while laying blocks holding L1 or L2 will allow you to continually lay blocks sideways either one layer above or below your current level. 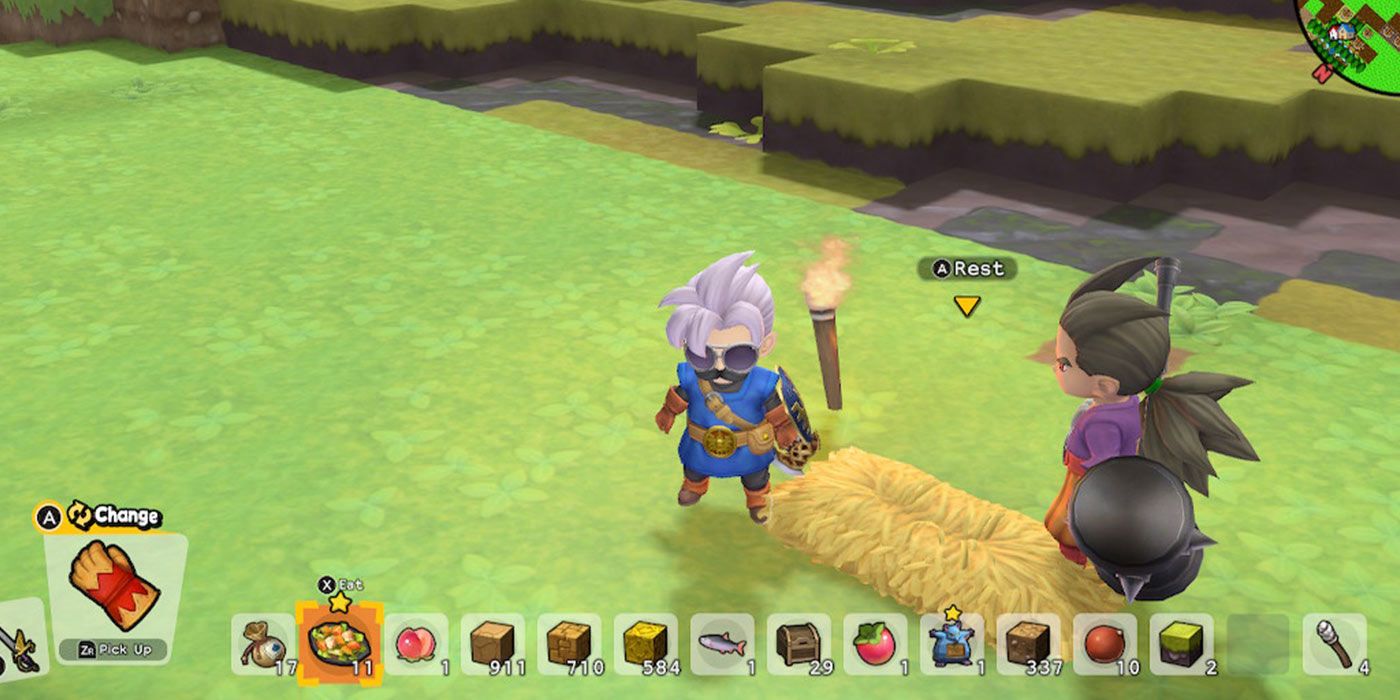 Two very simple items might be the most important for much of your adventure, thanks to some incredibly helpful side effects. While Dragon Quest Builders 2 will encourage you to build a bedroom to rest in, you can actually place a bed anywhere and use it to heal at your leisure.

Also, when adventuring at night make sure to equip a torch as ghosts are afraid of the flames and will avoid you altogether. You might still want to fight a few for the experience, but it certainly makes the night times easier.

4 Catch Em All – A Monster Task 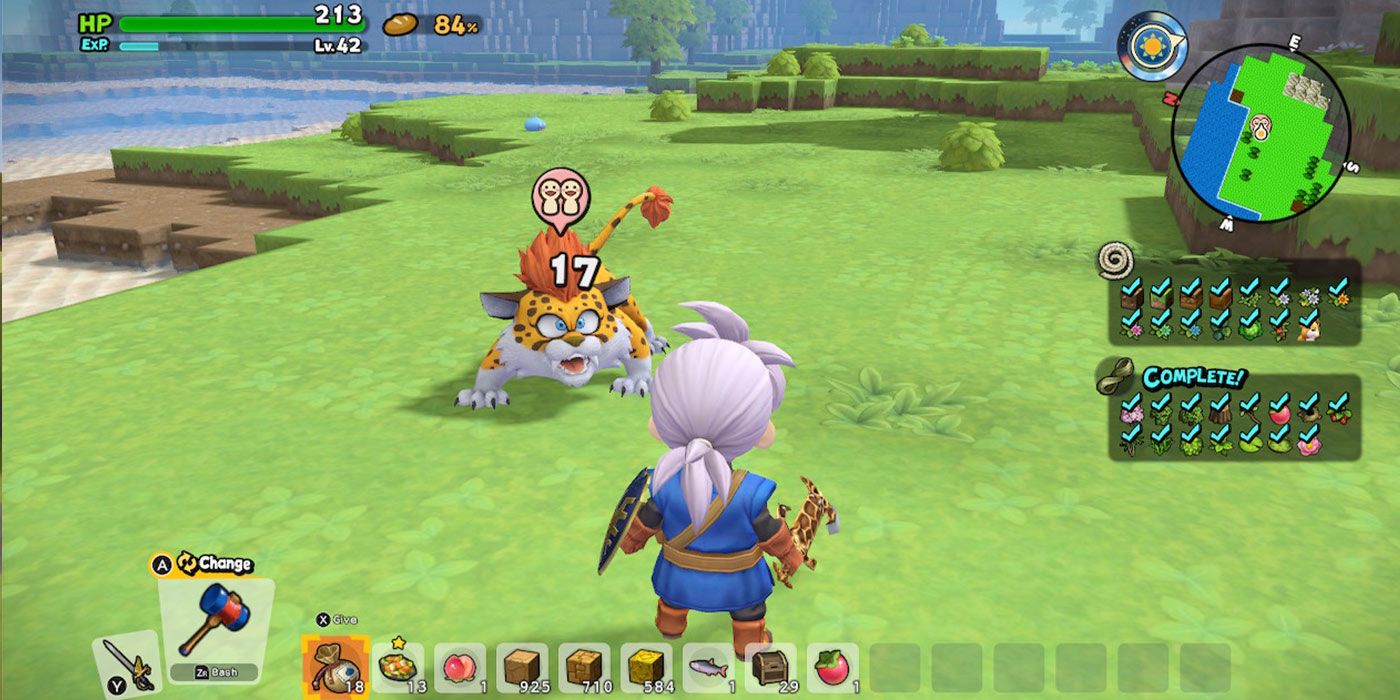 At one point in the story you will be taught how to make Monster Munchies, an item that means occasionally when defeating monsters you will have the option to capture them. Once caught, you can now have them inhabit your village and even ride some of them as well.

This feature is pretty great already, but you’ll want to uncover some of the rarer monsters for some special abilities that will become very helpful in the late game. Plus, any fan of the series will delight in the full cast of ridable characters here. 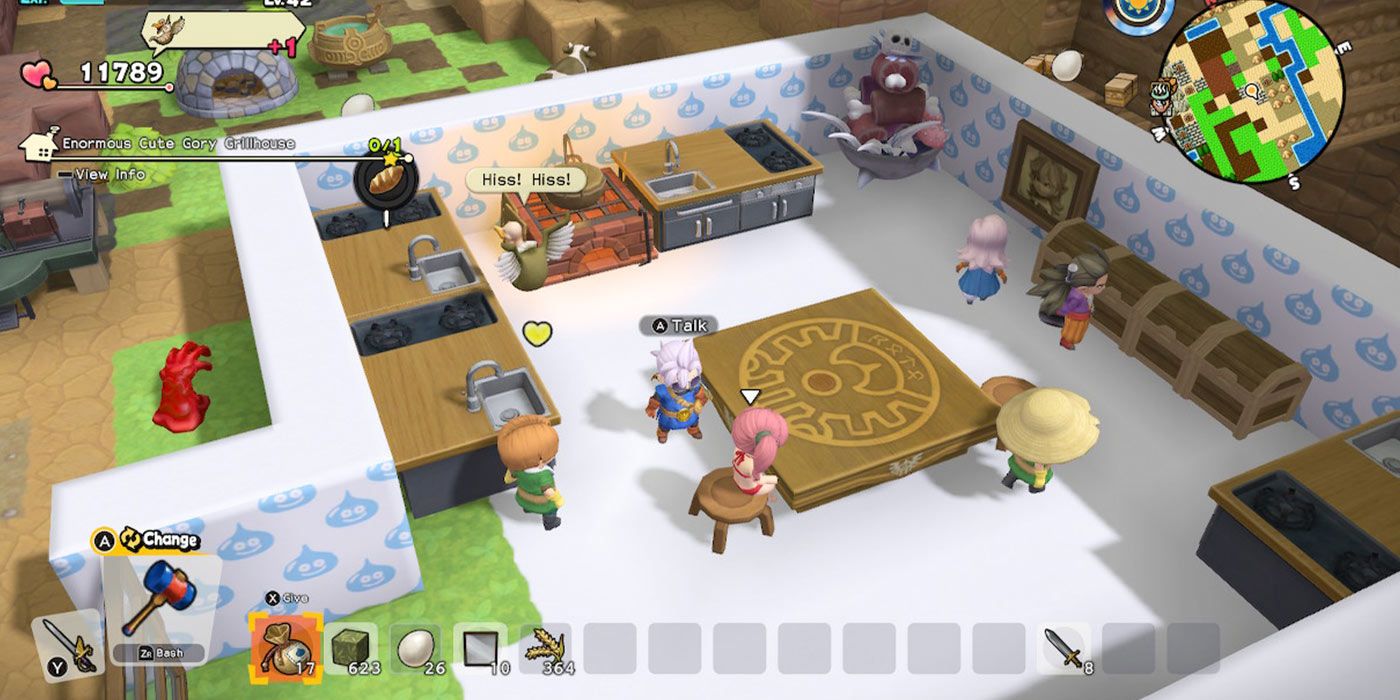 Your villager friends in Dragon Quest Builders 2 are only as smart as you train them, so make sure you’re making a kitchen to help them cook for themselves ASAP with plenty of campfires or cooking tools. You’ll also need to be growing crops and have somewhere to keep animals for a constant supply of ingredients.

Once you’ve made a few of your favorite dishes in front of them they will continue to make the dish on their own, provided there is a chest and the ingredients needed nearby. Try experimenting with the recipes that give you the biggest health boosts and the most gratitude when eaten.

2 Arm Your Villagers – Pitchforks At The Ready 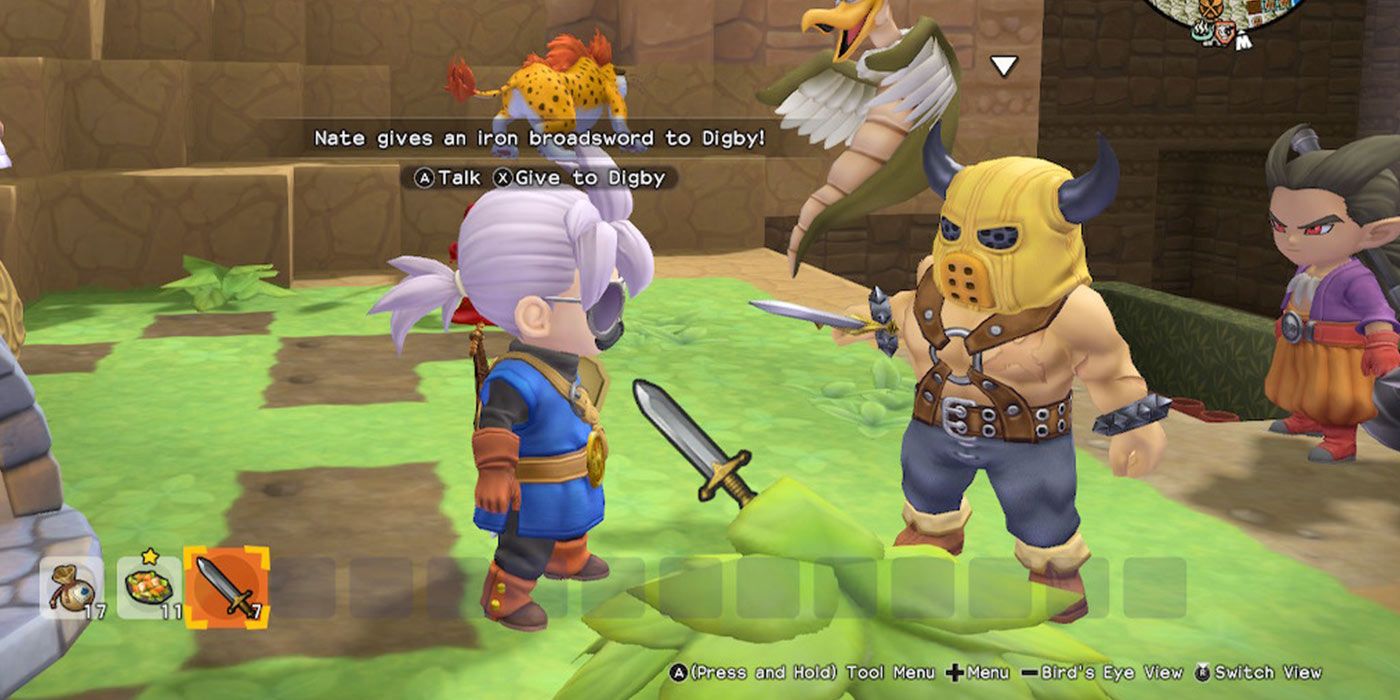 Similarly, your villagers will only be strong as you allow them to be. When crafting weapons and armor for yourself make sure you make plenty for each inhabitant to also help you against the swathes of enemy invasions.

When facing those waves of enemies it’s also worth remembering to build yourself some defenses with a few well-placed blocks. Enemies can only jump over a layer of blocks, so if you want to keep them away from your village it won’t take much building to craft a decent wall for defense. 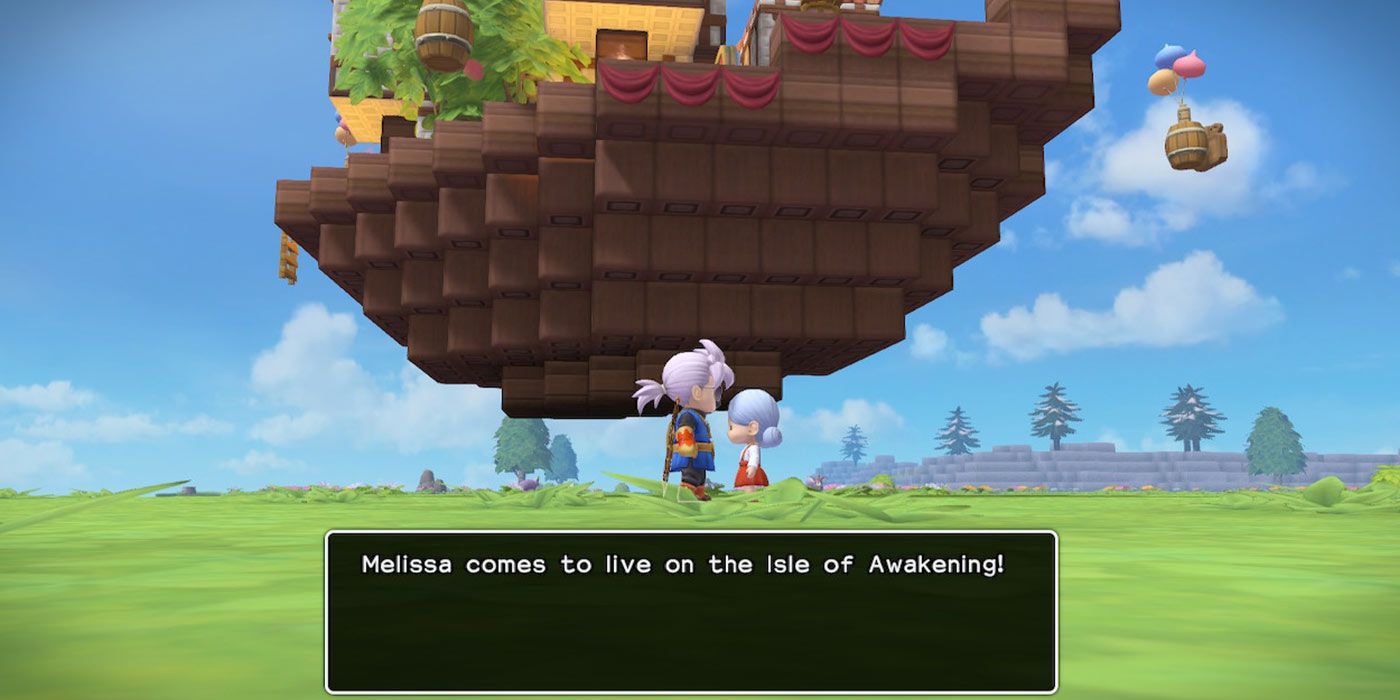 The material islands are important to explore, not only to stock up on resources and monsters but also to fulfill the checklist and unlock an infinite amount of certain resources. It’s an incredibly valuable aspect of the game and makes your building almost limitless.

Meanwhile, each island also has a hidden NPC tucked away somewhere that you can invite to your island. More people means more numbers to fight enemies, raise livestock and cook meals. Plus more people to provide those precious gratitude points. 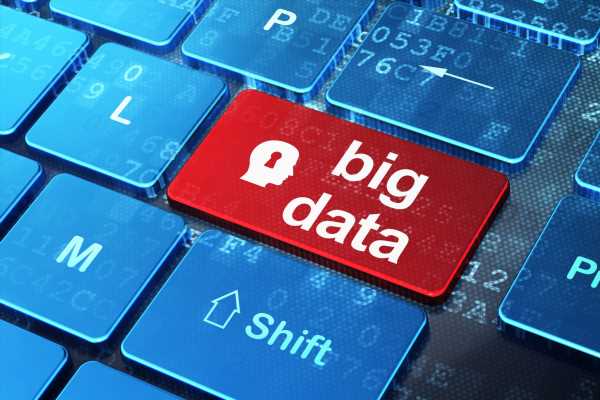