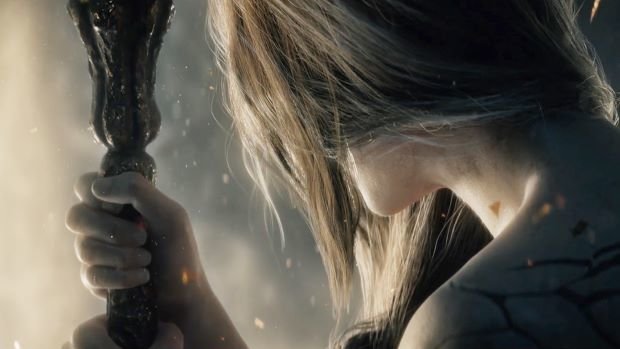 That’s a weird subheading, am I going to marry someone called Elden? Probably not.

In an interview with IGN, Miyazaki said: “It is without a doubt our biggest title yet in terms of sheer volume”.

This is pretty astounding given the size of some of the games they’ve made, but it is also meant to be the most open-world of their games, which isn’t too hard to imagine as previous FromSoftware games have all had multiple paths, but lack the freedom of a true open-world.

The leak prior to E3 mentioned a Norse setting where you used a horse to get around a huge open-world and took down different lords who controlled various territories. We have no confirmation about that, although the female character in the trailer could well be a Valkyrie shepherding the dead to Valhalla.

What we do know is from the Xbox Wire interview about the concepts of the game. Miyazaki said: “The Elden Ring is the name given to a mysterious concept that defines the world itself” which is about as vague as it gets. He then went on to say: “This Elden Ring has been shattered. The significance of this will be one of the important themes of the game.”

Which still doesn’t clear much up, but then what were you expecting, it’s a FromSoftware game.