Empire Of Sin Could Be A Gangster's Paradise

Chicago. 1922. Prohibition is in full swing, but so is the mob.  Al Capone has just come to town and he’s bringing with him furious ambition and bloodlust to match. Empire of Sin, designed by Brenda Romero, casts you as one of 14 mob bosses (including Capone himself, if you so choose) all competing to take over the most districts in Chicago by any means necessary: diplomacy, bribery, and violence.

We recently had the chance to check out Romero Games’ ambitious attempt to let players live out their 1920s mob fantasy. Here’s why we came away impressed and ready to take Chicago over with an iron fist. 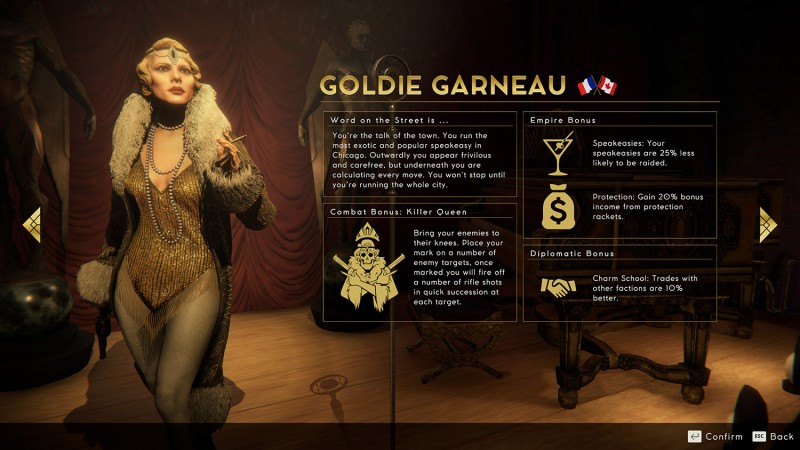 The Player-Driven Storytelling Is Deep

At first glance, Empire Of Sin might strike you as a combat-oriented tactics title. However, that’s only a small slice of what the game actually is. Sure you can rough up and Tommy Gun some ruffians if it pleases you so, but there are so many more options to interact with your new playground, according to Romero Games.

Empire Of Sin doesn’t have a traditional story-driven campaign. Instead, you select your boss from a roster comprised of seven historical figures and seven fictional characters and duke it out with the other bosses. The boss with the most control by the year 1930 wins the game. While this might sound like standard fare, Romero Games says the units in Empire Of Sin have an almost pen-and-paper RPG-level of character depth to them that can systematically create fascinating emergent stories unique to each playthrough.

Alongside your boss, you can recruit an underboss and soldiers to serve under you. As your dynasty grows, you’ll notice just how every unit is presented as a character with traits, flaws, specialties, and even unique relationships with other units. For example, your underboss might be in love with a soldier in another family.  One of several things might happen if these two units meet in battle: your underboss could surrender, their performance could be impacted by their love for the enemy, or the two units might even flee the fight, never to be seen again.

Traits grow and change according to your actions. If you make it a habit to execute foes in battle,  your boss might gain a reputation for being bloodthirsty. That trait will make districts and even members in your own organization more impressed or repulsed by you, which will have consequences on your relationship with those factions and units.

Fighting in Empire Of Sin is presented as turn-based tactical battles that take deep inspiration from XCOM. Characters have allotted action points per turn. Certain units, like your boss, will have special moves. For example, Capone’s is to rain fire on his foes with his Tommy Gun from left to right, essentially turning him into a turret.

It’s nothing fans of the genre haven’t seen before, but there’s a bone-crushing level of impact to shots that makes lead exchanges more satisfying. Watching a man’s body slam into a wall and slide down it thanks to Capone’s shotgun makes the action rise above being a game of statistics.

Unique mechanics, such as the cops arriving to a battle if you take too long or the ability to execute downed foes, also make the mode stand out a little more among its peers. 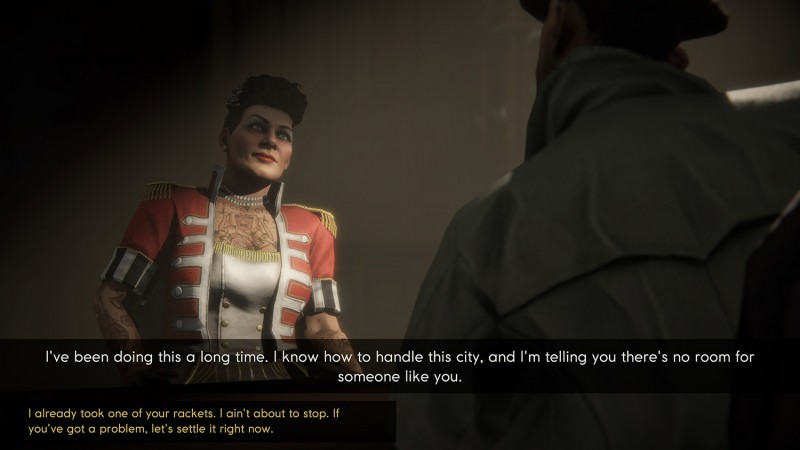 Diplomacy Is Just As Interesting As War

Of course, you don’t have to settle every fight with a bullet. District bosses can form alliances to take on mutual foes. You might have to earn their respect first, knocking over their distillery or bar, to get the chance to meet with them, but it’ll often be in your best interest to try and make friendly with other bosses (at least temporarily).

Sit-downs with other bosses are presented as interactive conversations with branching choices. A boss might be willing to let a slight against them slide by if you take care of a problem for them. Rejecting their offer might, as it did in our demo, result in a bloody brawl in a back alley. You’ll have to approach each opportunity with a keen mind, thinking of the long game, and how you can make alliances with even unsavory fellows work to your benefit. 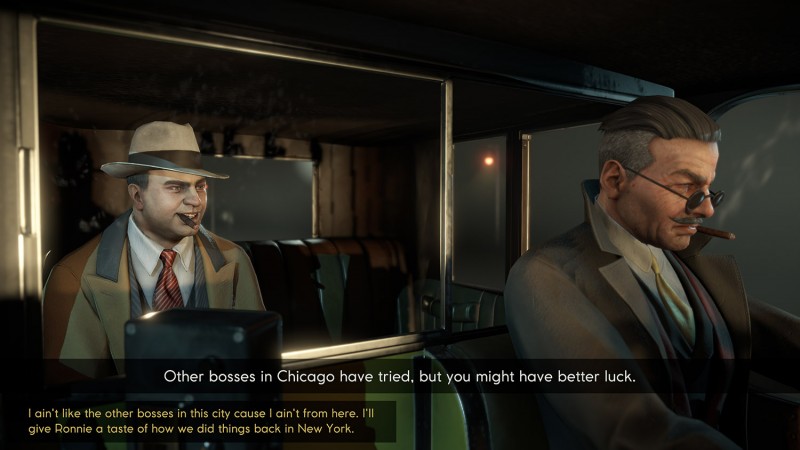 Racketeering Is A Full Time Job

Beyond battles and courting alliances with other bosses, you’ll need to actually carefully manage your assets. The racketeering options we saw in the demo were truly impressive. Whether you’re upgrading the aesthetics of your recently-acquired bar to keep police raids down or poisoning alcohol in your own distillery to ship to your foes as a Trojan Horse-like weapon, it seems like there’s no shortage of options for both savvy business management and mischief in Empire Of Sin.

Empire Of Sin releases in early 2020 on PS4, Xbox One, Switch, PC. For more on Romero Games, head here.