GamesBeat Summit 2022 returns with its largest event for leaders in gaming on April 26-28th. Reserve your spot here!

Strivr, the company behind an enterprise-focused virtual reality (VR) training platform used by big names such as Walmart, Verizon, and Bank of America, has raised $35 million in an extension to its previously announced $30 million series B round of funding.

The latest cash injection comes amid growing concerns around the so-called “great resignation,” with Some 4.3 million U.S. workers quitting their jobs in January alone. Throw into the mix increasing burnout across the workforce, and a broader trend that is seeing countless employees rethink their life and career goals, and it’s clear why companies may be looking toward technologies that not only help attract new workers, but retain existing ones.

“Over the past two years, the pandemic confined many workers to their homes and led businesses to lay off or furlough much of their workforce,” Strivr CEO Derek Belch told VentureBeat. “This served as the catalyst for people to re-evaluate their goals and careers, which combined with burnout, a desire for more pay, and a lack of advancement opportunities resulted in a record number of workers quitting voluntarily. The needs of employees have changed, and companies must adapt.”

But how, exactly, might immersive technologies such as VR address these problems? Ultimately, it all comes down to self-improvement in what is fast becoming a “remote-first” world — people need to feel like they are advancing themselves in their chosen careers, whether that’s through upskilling or reskilling.

“With the Great Resignation continuing — and with no signs of slowing down — training today plays a more critical role than ever in retaining and attracting talent,” Belch explained. 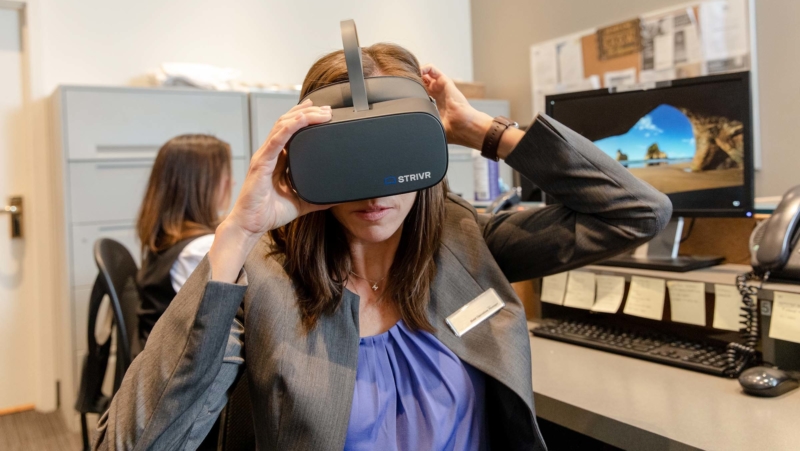 Founded back in 2015, Strivr brings companies everything they need to deliver training through VR, including the software, content, hardware, and related services such as strategy and planning. The platform combines learning theory, data science, spatial design, creator tools and more, catering to use company-specific needs across devices and locations, while also providing analytics for insights around usage and engagement.

“At our core, we are an immersive learning platform — our platform enables enterprises to scale and measure the effectiveness of in-headset VR,” Belch said. “We partner with our customers on all aspects of the deployment from discovery, strategic planning, curriculum design, content production, experience building, set up, adoption, and performance analysis.” 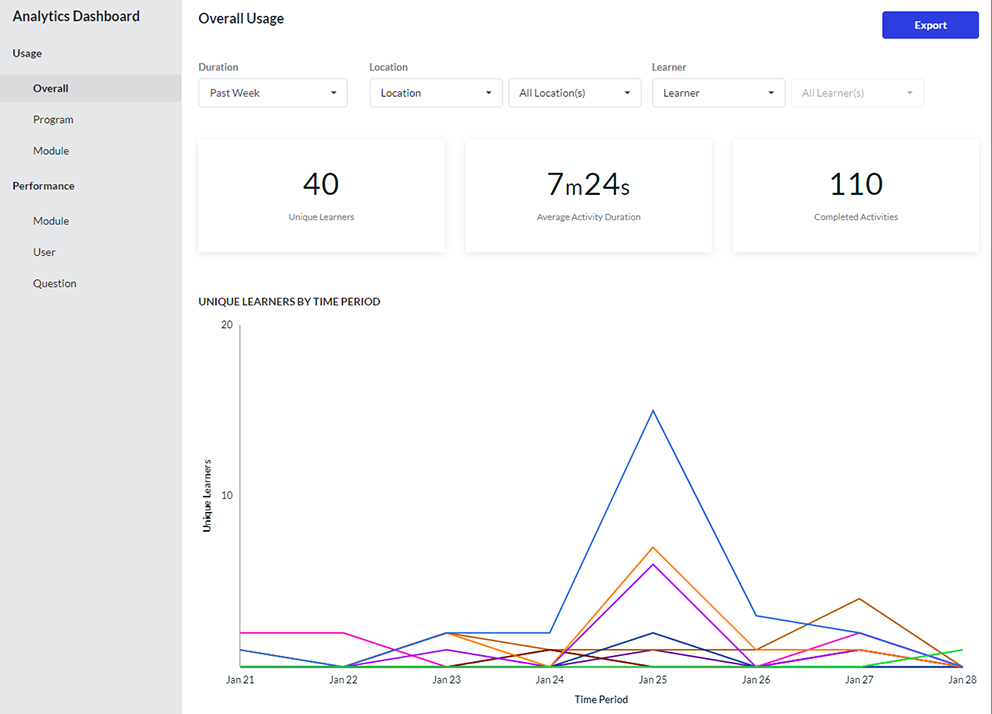 It’s worth noting that Strivr doesn’t develop its own VR headsets internally, instead choosing to partner with third-party providers.

By way of example, back in 2017 Walmart announced it would begin training employees in VR using Strivr, and a year later the company doubled-down on this effort when it bought 17,000 Oculus Go headsets to train employees at its thousands of retail outlets, which enabled staff to practice loading the Pickup Tower, a new online order pickup option, before it was installed at its stores.

Since Strivr’s original series B funding tranche two years ago, the Santa Clara, California-based company has accrued an impressive roster of new customers such as MGM Resorts and Bank of America, the latter of which last year revealed it would be rolling out VR training to some 45,000 employees across 4,000 banks in the U.S. And the financial powerhouse is now going the extra mile in its commitment not only to VR, but to Strivr itself — it is investing directly in the company as part of the series B extension.

Hospitality and entertainment giant MGM Resorts, meanwhile, is using Strivr to train employees at its destinations in Las Vegas, Michigan, and New Jersey, with plans to extend things in the future.

“We hope to expand this partnership and use VR to help in the hiring process by providing candidates with a first-hand look at a job before they commit to applying,” Belch explained.

Elsewhere, the series B extension round was led by Georgian, with additional investments from Accenture Ventures, Workday Ventures, and Gaingels.

There are various players in the VR-based training sphere, including Talespin which recently raised $20 million, and Interplay which last year closed a $18 million funding round. Collectively, all this activity suggests there is a growing demand for VR in the workplace, whether it’s for employee onboarding, health and safety training, customer service coaching, or simply improving workers’ “soft” skills such as empathy.

“As a result of increased stress from the pandemic, empathy became a highly sought-after skill — we helped Walmart deliver an immersive empathy training that their employees actively sought out, because they wanted that kind of preparation for the tough conversations they were having with customers every day,” Belch said. “And that’s another trend we’ve seen: a greater focus on meaningful employee development — learning is not a box to check anymore. It’s a strategic advantage that many of the top executives are utilizing to drive hiring and retention.”

While the pandemic has likely played a major role in companies’ embrace of VR, the growing hype around the Metaverse, driven by deep-pocketed companies such as Meta, is playing a part too — and it feels like VR is finally finding real-life use-cases outside of gaming and peripheral “gimmicky” use-cases.

“We have witnessed a lot of changes in the last couple of years, especially with the COVID pandemic upending businesses, changing the way we work and interact with others, and creating a number of major socio-economic challenges — not to mention, the recent emergence of the Metaverse was huge,” Belch added. “I think what we have seen is that VR is not just for the ‘early adopters’ anymore. Companies from every major industry are now integrating immersive elements into their learning programs across many new and different use cases.”

This is evidenced by the strategic investments Strivr has attracted from the likes of Bank of America, Workday Ventures, and professional services giant Accenture, which recently procured 60,000 VR headsets as part of its staff onboarding and training efforts. The company said that thousands of employees will work from its “Nth floor” enterprise metaverse from their first day.

“At our virtual campus, new hires join small teams to participate in immersive activities to bring greater clarity to the kind of work we do, how we do it, and how our culture comes to life day to day,” Accenture Ventures’ managing director Tom Lounibos told VentureBeat. “The metaverse offers the ability to scale active learning with a consistent level of quality, deeper retention and higher employee satisfaction.”

These strategic investments will also see Strivr join Accenture Ventures’ Project Spotlight, as well as the Workday Software Partner Program, meaning Strivr will be integrated into the Workday Content Cloud to give it a direct link with Workday’s own enterprise clients.

With another $35 million in the bank, Strivr is well-financed to bolster its business as companies across the industrial spectrum seek new ways to engage, upskill, and reskill their distributed workforce — this will include scaling its content offering via its SDK, and growing its strategic partnerships to build out its content libraries. Moreover, the company is gearing up to bring the Strivr portal to all customers in the coming months, which serves as a central conduit for tracking hardware fleet, managing content, and exploring data and analytics.

“Traditional learning and development methods are not effective, efficient, scalable, and data-driven enough for the needs of enterprises today and tomorrow,” Belch noted. “Virtual Reality allows for a ‘learning by doing’ experience, no matter the job or concept or task being learned.”

VentureBeat’s mission is to be a digital town square for technical decision-makers to gain knowledge about transformative enterprise technology and transact. Learn more about membership.