Escape Academy is the 2022 puzzle game and escape room simulator from Coin Crew Games, which puts you in the shoes of a student in the art of escape trying to graduate from the school of the title. Across several stages of difficulty, and fictional seriousness for the world of the Academy, there are a whole host of tricky tasks for you to accomplish during your education.

During these trials, there are several points designed to fully stump you, and aside from the robust and easy-to-activate hints you can ask for, you might still be wanting some advice on how to approach the Academy's many tight, and sometimes deadly, corners. 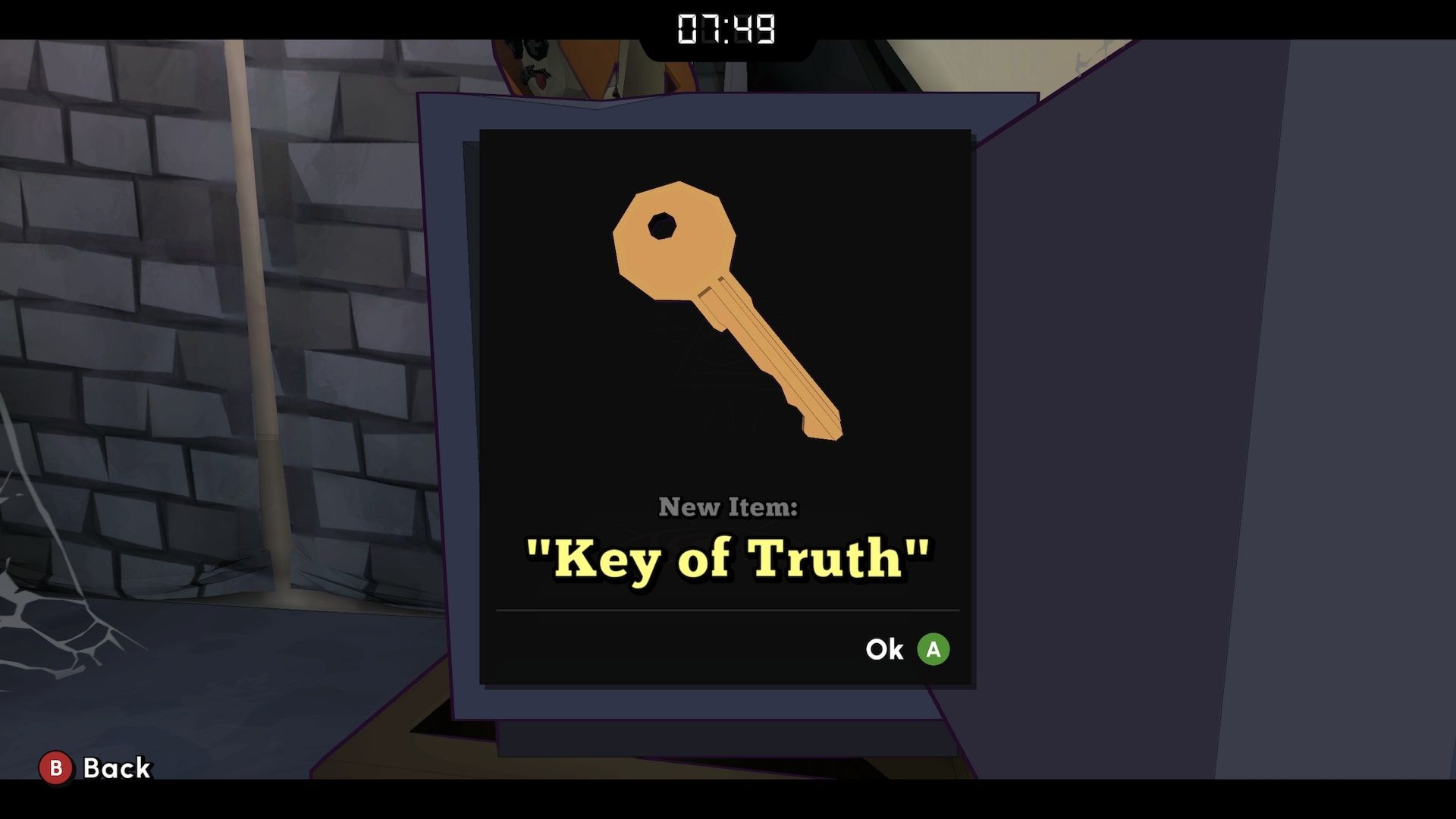 The game sticks close to the concept of escape rooms and presents each of its missions as a total puzzle, meaning that, aside from skills in language and deciphering patterns, everything that you need to solve the puzzle is in the room with you.

To start with, look for your goal, which is where you enter the information or key that helps you escape each section of a puzzle and see what form it takes. Then look for the materials that will help you uncover that key.

The puzzle rooms will often give you a note to point you to the task to focus on, a prominently placed piece of text, a big arrow, or a series of blocked routes that lead you back to a single exit.

Cross-platform local and online multiplayer modes allow you to team up and simulate the more common escape room experience with the ultimate solution tool, a friend. 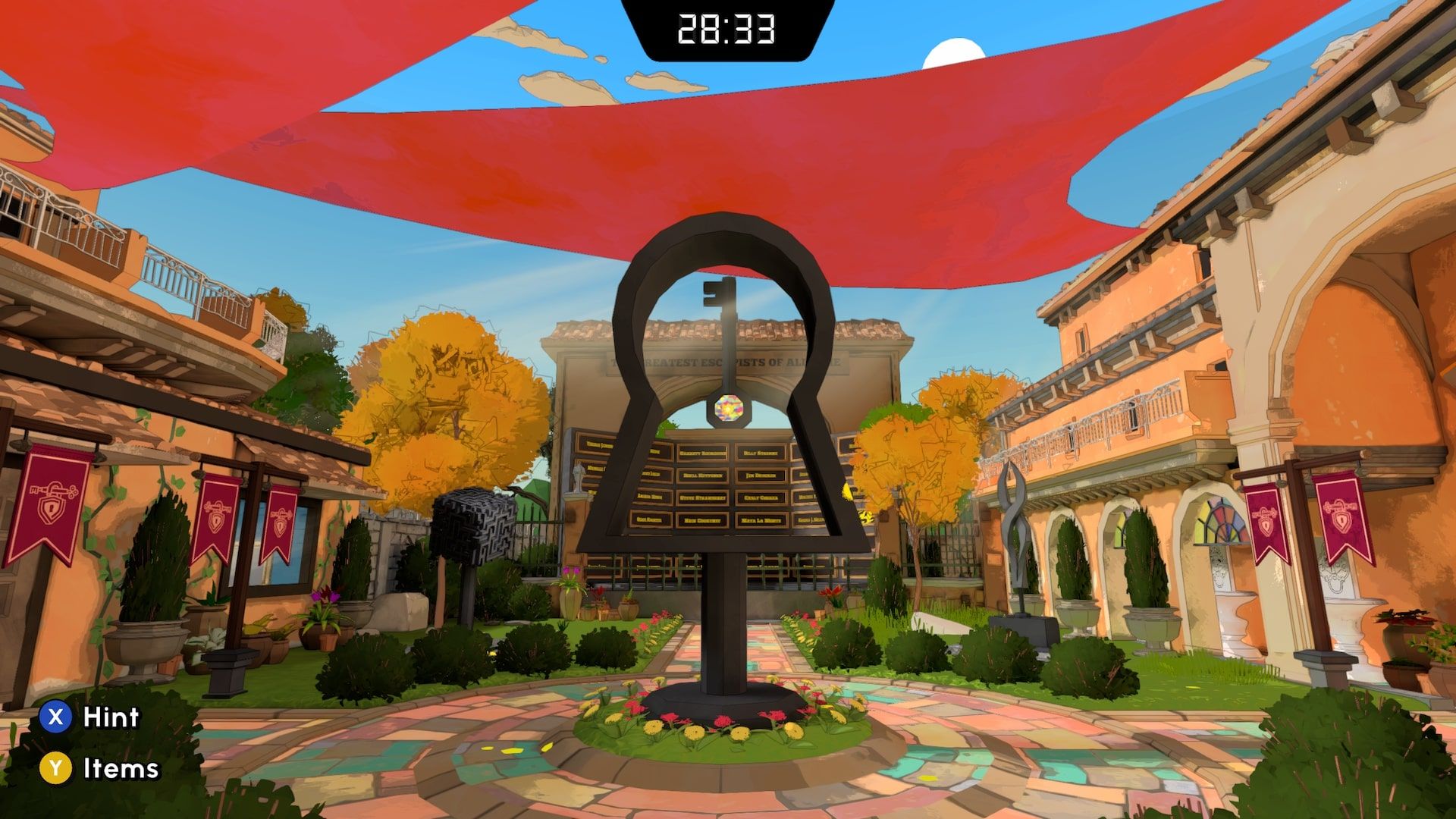 A big part of any puzzle game is the "Aha!" moments that come when you put together where and how you are meant to solve something.

Escape Academy scatters the pieces of its solutions across immersive environments, but what you want to do remains the same as in a puzzle on paper — find out how to solve a code. Codes turn one piece of information into another, so look out for a series of colors, numbers, directions, or letters, possibly multiple times translated, as this is the information you will need to decode and use.

To decode it, you need to line up the similarities between things you discover and how you can input a solution. For example, if you need four letters for a padlock, is there a way that the four colors you see relate to those letters? Most puzzles are a spin on that kind of format. 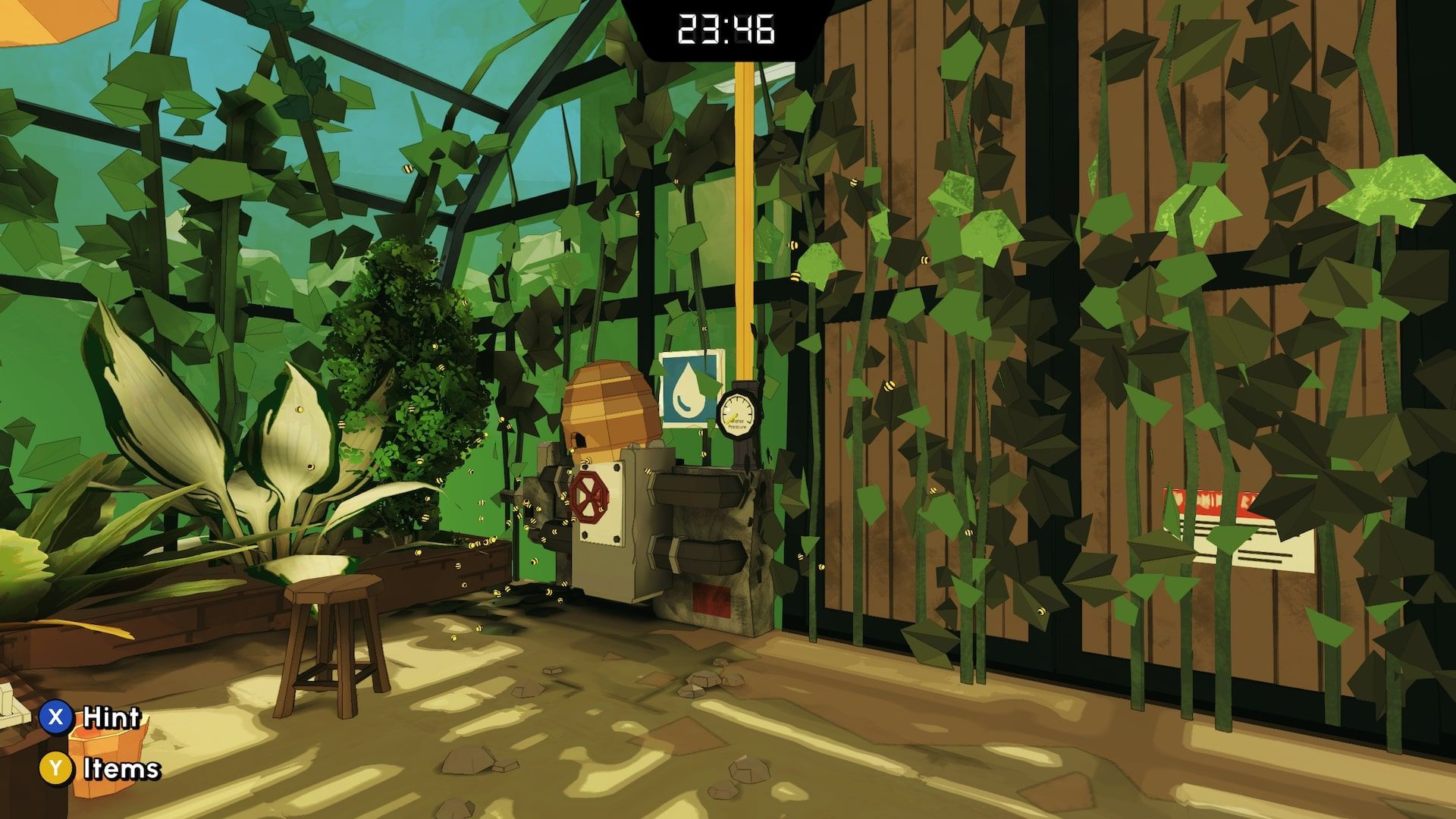 The hardest part of a game like this can often be finding the parts designers want you to find, the pieces of piping, interactive bookshelves, or hidden screwdrivers that you need for the solution.

One tip is to look at what you might think of as mundane things, as sometimes they are exactly what you need. For instance, a tool of some kind you would otherwise overlook is likely turning up for a reason. Similarly, don't overlook any symbol, digital device, or container, with as broad a definition of a container as you like.

The game is designed so that everything you pick up will be useful. If you pick up a tool, it will be used somewhere in the room, and if you can't find exactly where, perhaps there is a part of the room you haven't unlocked yet and need another tool to do so.

If you have trouble memorizing the information you have to use from a clue you've picked up, the game allows you to pin clues to the screen to keep them in sight.

You will still need a pen and paper to write down patterns that you see and calculations that you have to do, since you don't want to be running back across the room trying to keep this stuff in your head. 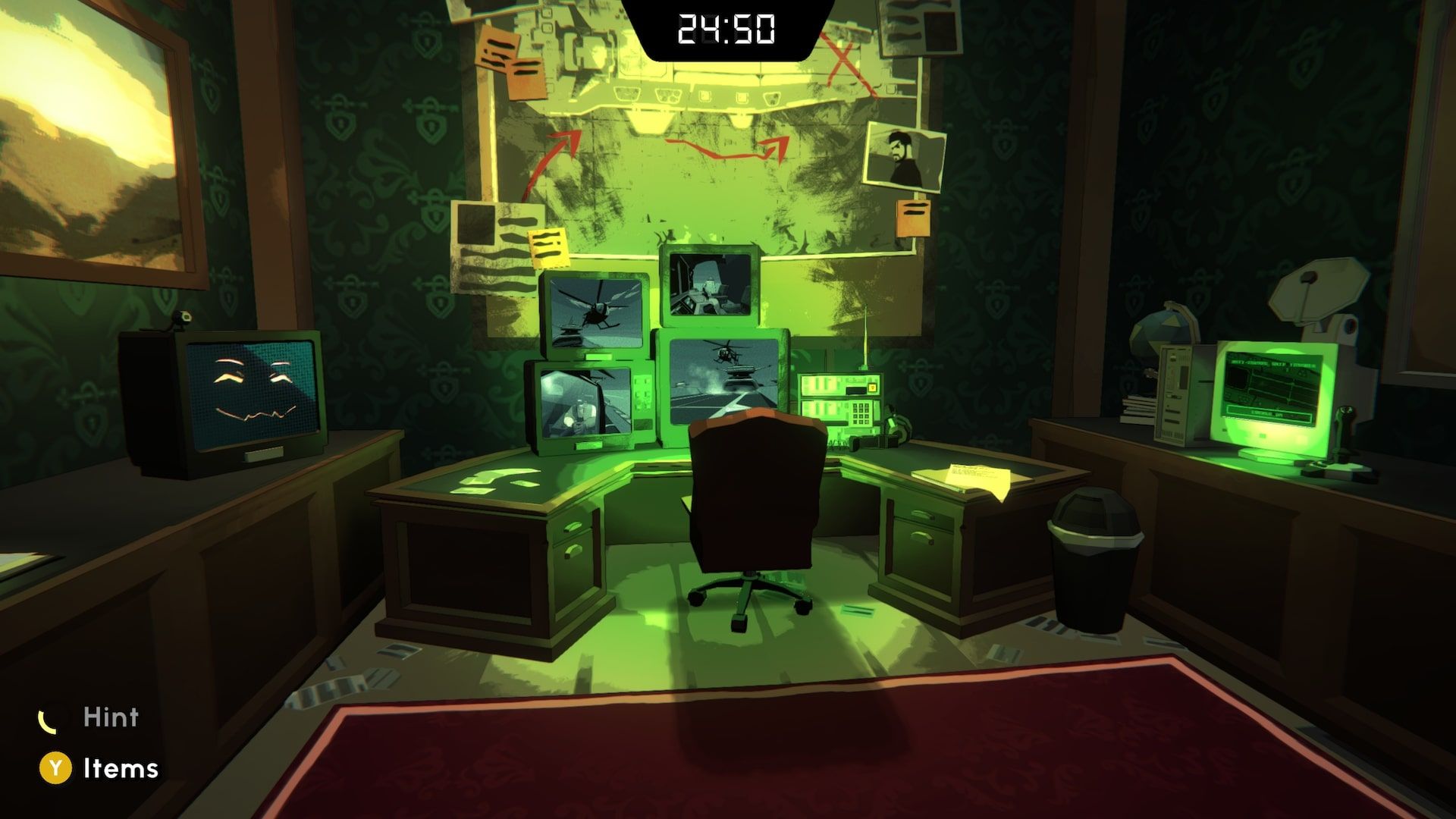 It might seem redundant for a tips guide to tell you to use hints, but in an escape room, asking for help isn't something to fear — unless your pride is going to be hurt. Since these levels are built into the design of escape rooms, as sweat-inducing and tricky timed experiences, their designers expect you to use hints sometimes. If you're struggling, do so.

You can still gain an 'A grade' in the puzzles by using a minimal amount of hints, and the first ones you get will point you in the right direction rather than revealing the solution.

Outside The Puzzle Box 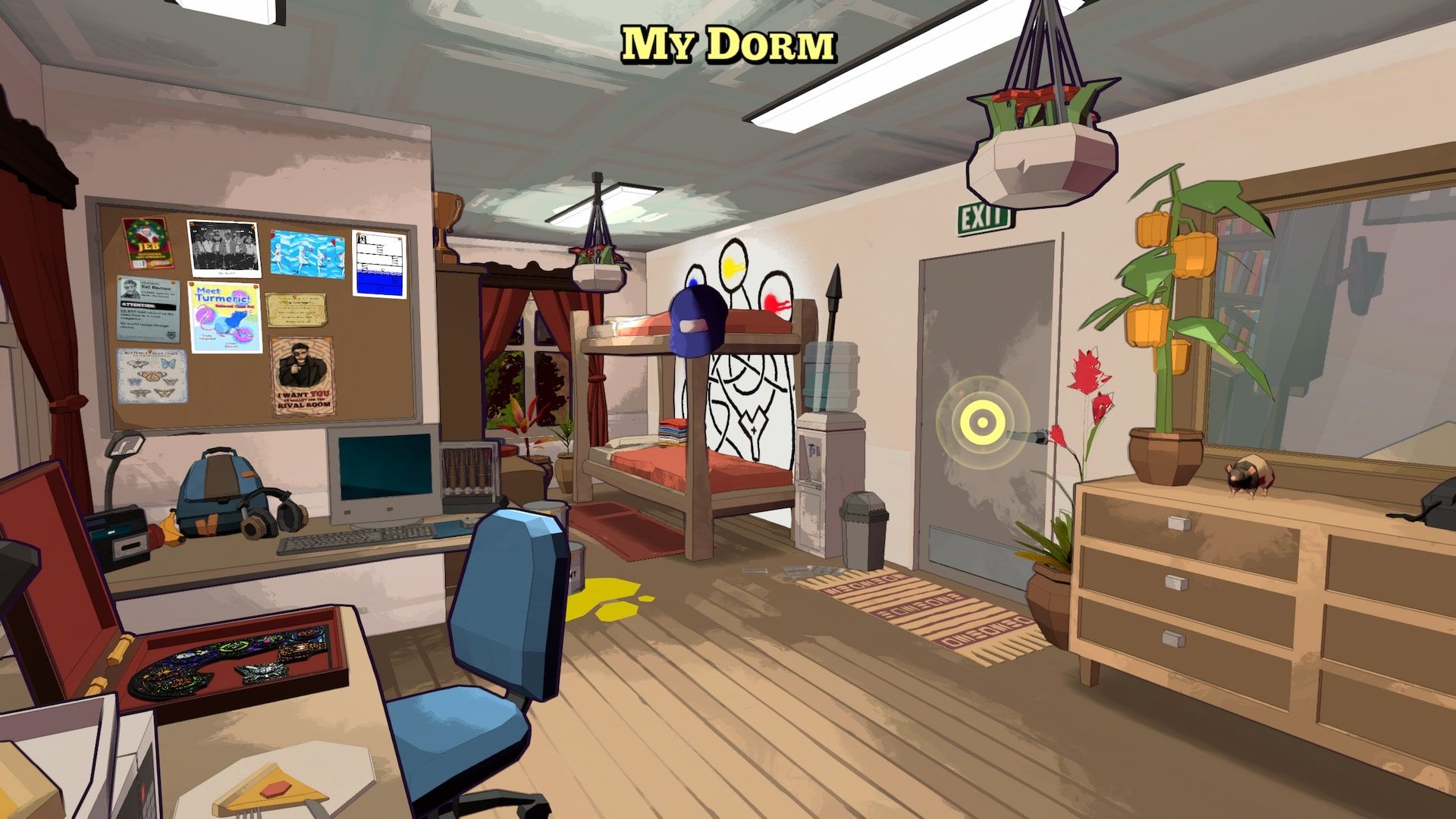 When you're not in the world of the puzzle, there are interesting things going on at Escape Academy. As you finish more puzzles, you will collect things in your dorm room, including a desktop computer with a virtual pet.

You can replay escape rooms via the pinboard in your dorm, with memorable souvenirs from each one taking you there. Once you've solved it, finding the solution with a higher grade and faster time should be much easier, as well as now having time to discover secrets that the developers have hidden throughout.