Everything You Need To Know About FFXIV’s Youkai Watch Crossover

But this event isn’t as simple as running around and completing a few fetch quests. The way you acquire the Yo-kai Watch minions and weapons aren’t clearly stated in-game, so here’s our guide to how to start the event, how to get all its rewards, and where to grind!

The event requires players to be over level 15 and have completed the main story quest “The Gridanian/Lominsan/Ul’dahn Envoy”, with the specific quest varying depending on which city-state players started in.

This quest will eventually take you to the Gold Saucer, so new players should unlock that by going to Ul’dah (which you’ll have to visit to pick up the event starting quest anyway) and talk to The Well-Heeled Youth to grab “It Could Happen To You”. Finish this quest to unlock the Gold Saucer.

Once you’ve fulfilled the above prerequisites, head to Ul’dah and speak with The Poor-Heeled Youth near the Aetheryte Plaza. The event quest will send you to the Gold Saucer and direct you to speak with The Wandering Executive. Finishing the quest will award you with several items: a Yo-kai Watch and a Yo-kai Medallion.

Exchange the medallion with The Wandering Executive to pick up a Yo-kai minion. Choose carefully; The Executive offers 17 minions total, and what minion you choose will affect which Yo-kai weapon you’ll be working to acquire first. 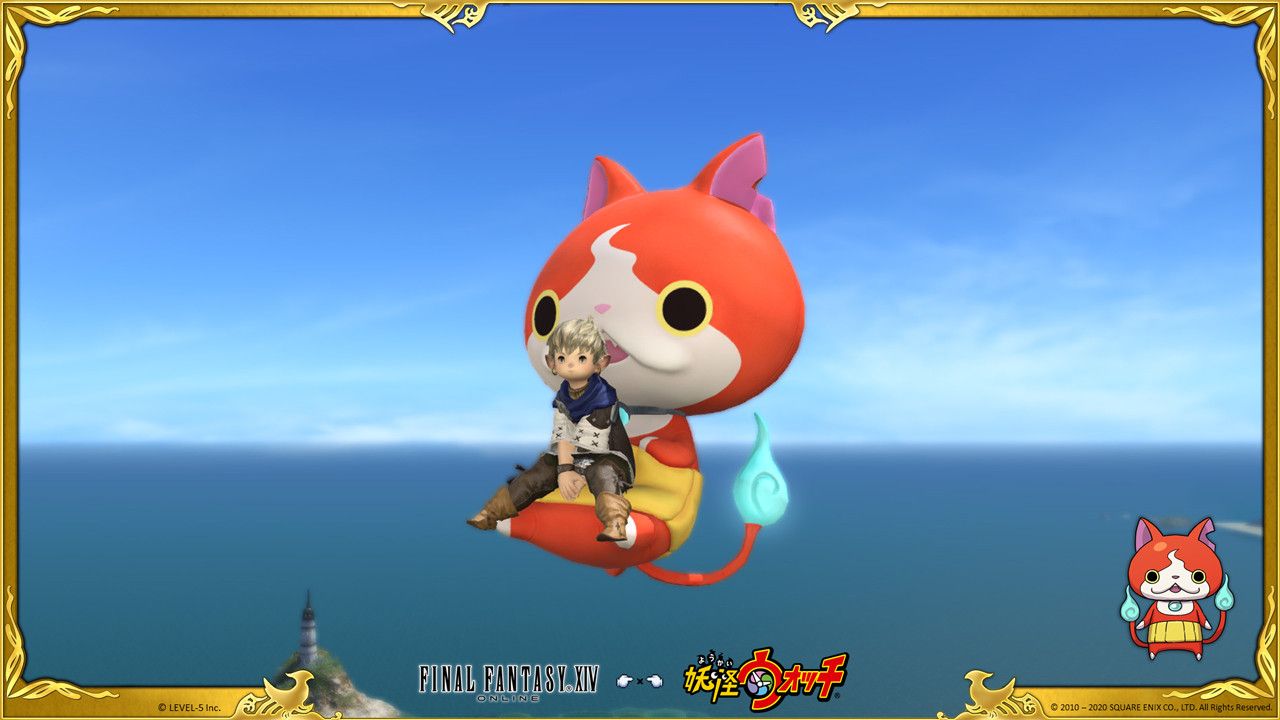 The goal of this event is to grind Yo-kai Medals to exchange for minions and weapons. You can earn medals by participating in any FATE with the Yo-kai Watch equipped and a Yo-kai minion summoned. Your first Yo-kai Medal is one of the generics, which can only be exchanged for minions.

When you participate in FATEs with your chosen minion, there’s a chance that you’ll acquire your minion’s specific Yo-kai medal, along with the generic tokens. Each minions’ medal correlates to a specific Yo-kai weapon.

Another thing to keep in mind is that each Yo-kai minion will only drop its specific medal in certain locations; for example, Lord Enma will only drop medals from event FATEs in Stormblood areas. So if you’re grinding for the Blizzaria White Mage cane, you’ll want to farm FATEs in the zones she’ll drop her tokens in.

Twitter user @KaiyokoStar has compiled an infographic detailing which minions correlate to what weapons and the locations Yo-kai minions will drop their medals at. Use their infographic to determine which weapon you want to aim for and how to get it!

As noted above, any FATE in the base game and expansion areas (with the exception of Shadowbringers) is fair game for Yo-kai medal farming. However, players will not be able to access expansion-specific maps if they haven’t purchased said expansion or completed the requirements to reach those areas.

Once again, make sure you have your Yo-kai Watch equipped and your desired minion summoned before you participate in FATEs. If you arrive at a FATE too late to participate, don’t worry; FATEs have an incredibly quick turnover rate and multiple spawn per map, so just stay put and find another one to join if you miss your chance. 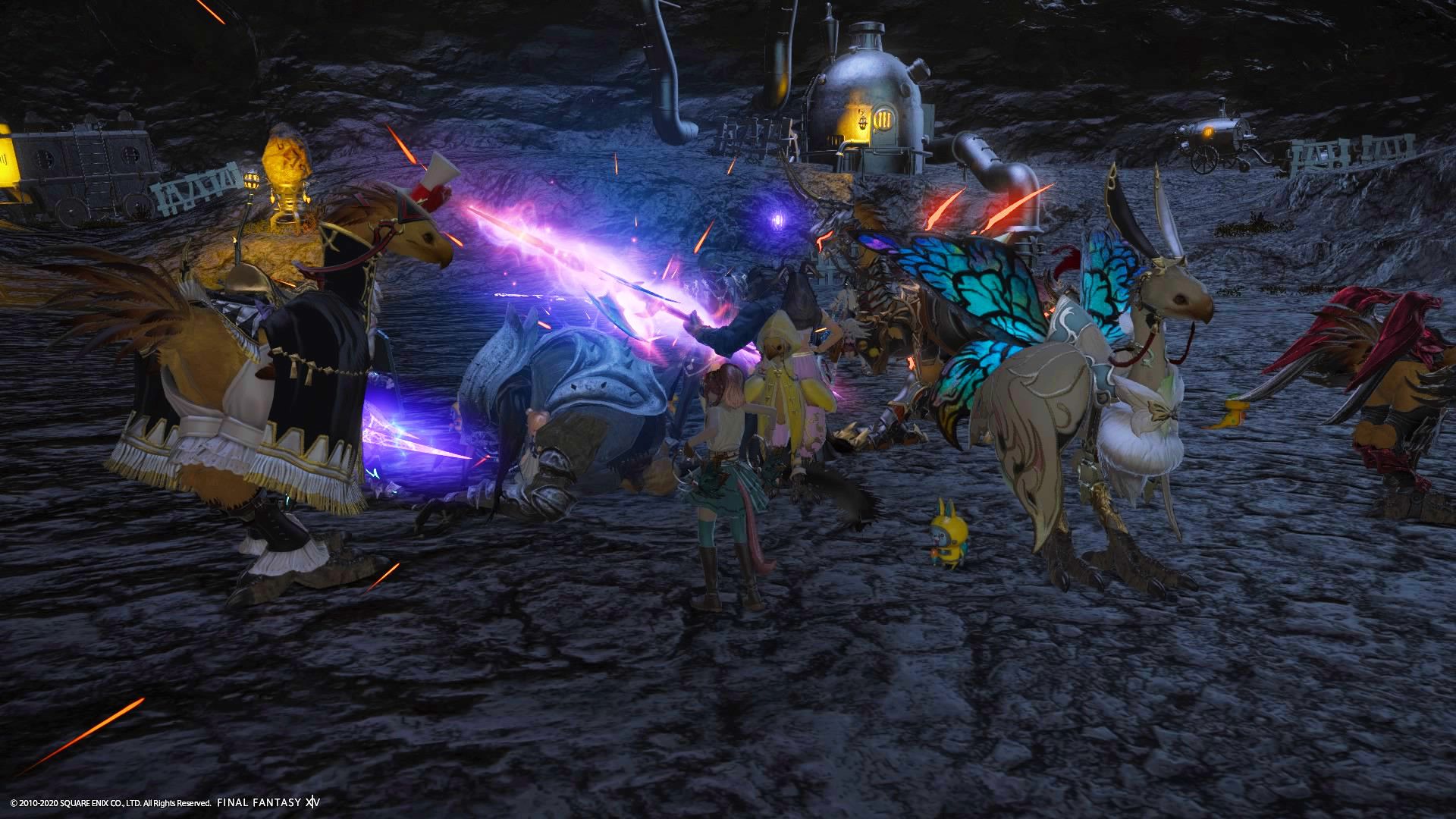 Players have developed a strategy for grinding medals. The depths of the U’Ghamoro mine in Outer La Noscea spawn two level 50 event FATEs in close conjunction, so many players choose to run between those two FATEs in order to quickly earn generic Yo-kai medals and specific medals for minions that drop tokens in that region.

Be warned that the U’Ghamoro mine also spawns mobs that are close to level 50, so if you aren’t able to survive being targeted by multiple mobs of that level, you probably shouldn’t try to grind there.

After your first batch of minions and weapons, the number of medals you’ll need to exchange to acquire another will increase. Your first minion is a freebie that can be acquired with your Yo-kai Medallion; your next will require three generic Yo-kai medals. Likewise, your first Yo-kai weapon can be exchanged for five tokens of whichever minion the weapon corresponds to. Subsequent weapons will require ten tokens each. 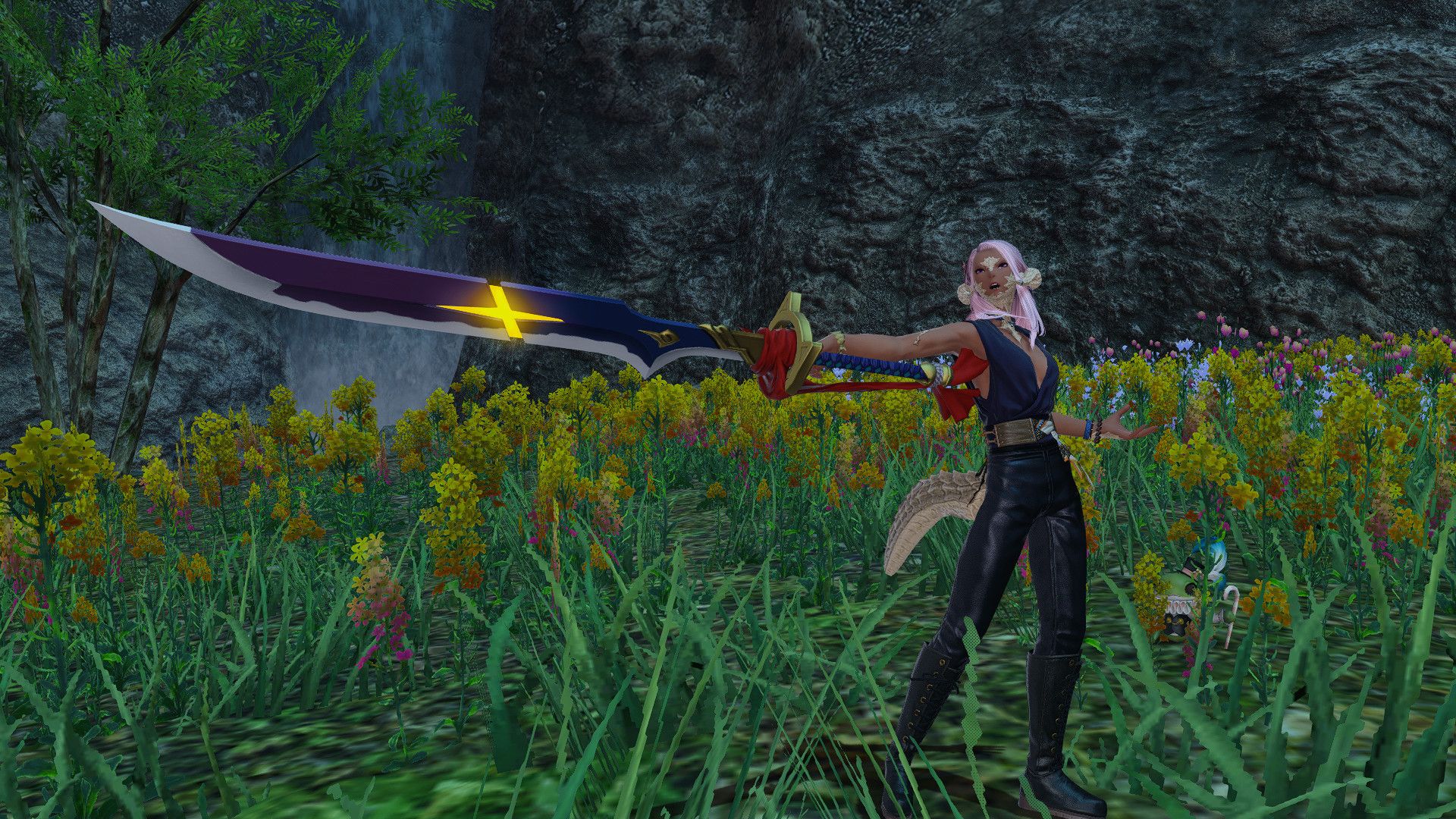 So for example, if you want the Dark Knight weapon first, you’ll choose Hovernyan as your minion. Once you get five of his unique tokens and three generic medals, you can go back to The Wandering Executive and exchange the tokens for the Dark Knight weapon and another minion–say, Whisper. You’ll then need to get ten of Whisper’s tokens to get his associated weapon, and so on and so forth.

Needless to say, getting them all might take a while. It’s a good thing that this event will be active until Patch 5.4, whose release date hasn’t even been hinted at yet.

Newer players may see a few veterans or very devoted grinders flying around with the Jibanyan Couch; that’s because this event is a rerun of the 2017 Yo-kai Watch crossover, with a few new minions and weapons added to account for new classes. Weapons and minions earned during that event count toward the mount achievements for this iteration of the crossover.

So take your time grinding, and make sure you have your Yo-kai Watch and minion on hand when you run into a FATE!