Soon you'll be able to dive deeper into the world of Cyberpunk 2077 as the third issue in Dark Horse's Blackout comic book series is here soon, and TheGamer can exclusively reveal the cover to you. This article's featured image is just a small portion of the cover, and the full artwork can be seen down below, created by the wonderfully talented artist Roberto Ricci and colored by Fabiana Mascolo.

It's a wonderfully vibrant piece of art that perfectly encapsulates the high-octane nature of the games it's based on, and features three individuals in the middle of an intense car chase with the police. Unfortunately, it's still a bit of a wait until the date of publication, as the Dark Horse website says the comic won't release until August 3 later this year. The website also reveals that the comic will only cost $3.99 digitally, so at least it won't expensive to pick up once it does drop.

In case this is the first time you're hearing about Cyberpunk 2077: Blackout, it's the third comic book series set in the Cyberpunk 2077 universe and is written by Bartosz Sztybor, a writer who is reponsible for other CD Projekt-related comic book series. Blackout doesn't feature the game's protagonist, rather it focuses on different characters within the same universe. 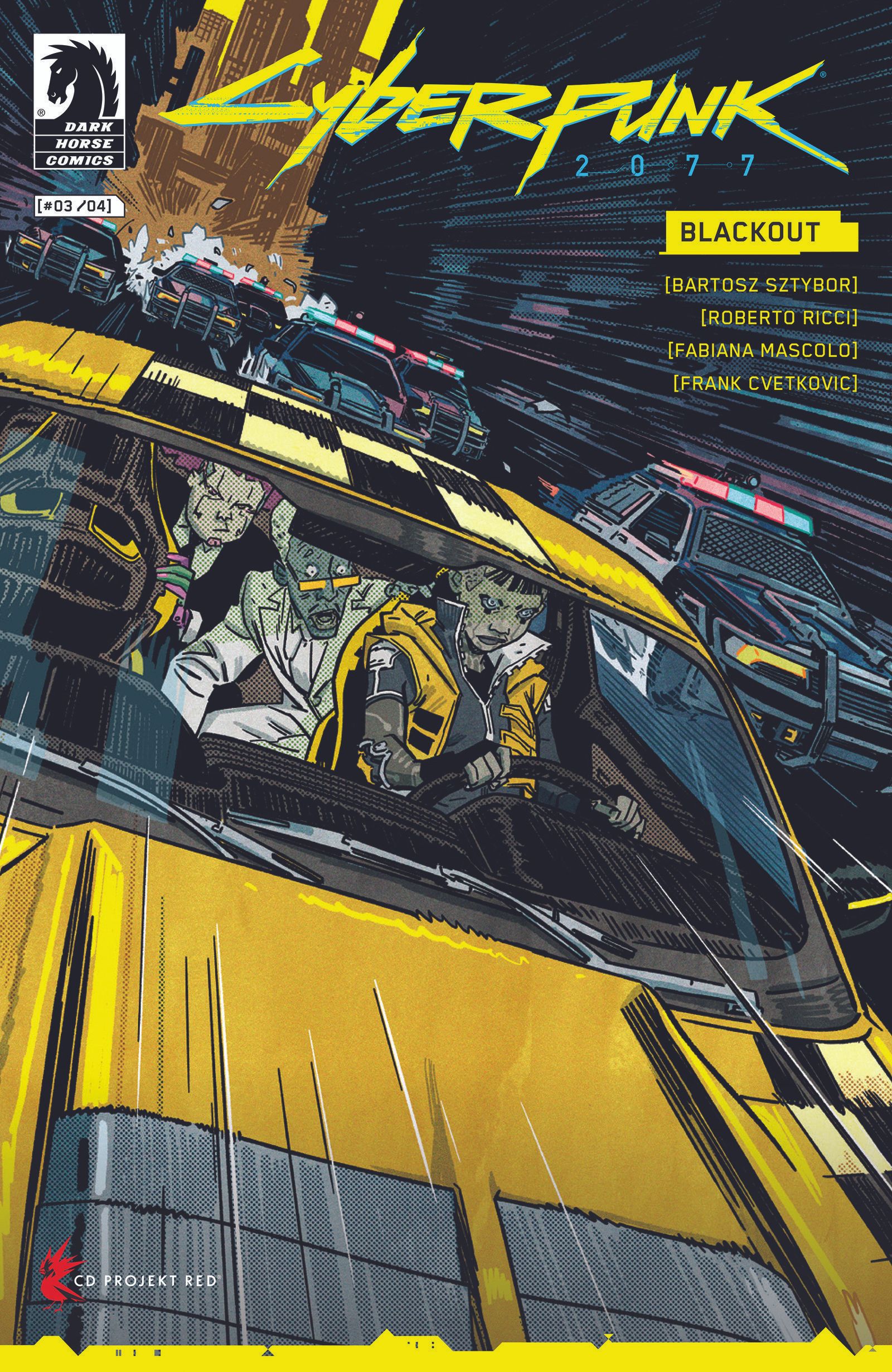 If you like the sound of that, the first issue of the comic series is actually available to purchase digitally right now via the Dark Horse website. The next issue's publication date is set for July 6, while the third issue, of which we have just revealed the cover, will be available on August 3.

If you're more interested in the Cyberpunk 2077 game, then you may have heard about the game's upcoming expansion possibly leaking, revealing what appears to be the DLC's main plot. The leak allegedly contained hundreds of lines of dialogue, explaining that the expansion will focus on a character called Songbird rather than V, and that the game's ending has even been altered to reference the expansion.