Godzilla vs. Kong director Adam Wingard said his Face/Off sequel is meant to reunite Nicolas Cage and John Travolta again. Wingard hopes the stars will approve his script to reprise their iconic roles one more time.

Back in February, director Adam Wingard revealed he is working on a script to a straight follow-up of John Woo’s Face/Off, released in 1997. Initially, Wingard clarified that his project is no reboot or remake of the classic action movie, but a direct sequel, yet no word for the potential cast was spoken then. It appears the director hopes for Nicolas Cage and John Travolta to return in Face/Off Chapter Two, and actors have already hinted at this possibility.

Speaking with Showbiz Cheat Sheet, Adam Wingard admitted his whole project revolves around the idea of Sean Archer and Castor Troy returning to the big screen with no one but Travolta and Cage playing them. For Wingard, Face/Off is not just a universe or procedure or anything like that, it’s the characters of the film. He considers the sequel as “the definitive continuation of the original story.”

Adam Wingard teased that both Cage and Travolta are already interested in Face/Off 2 and have tentatively agreed to return. But the movie’s stars still wait for the complete script to approve it before moving forward. According to Wingard, he and writer Simon Barret “are very close to submitting their draft to Paramount soon.” However, the main intrigue with the return of Sean Archer remains, as the original Face/Off villain presumably ends up being killed in the finale. 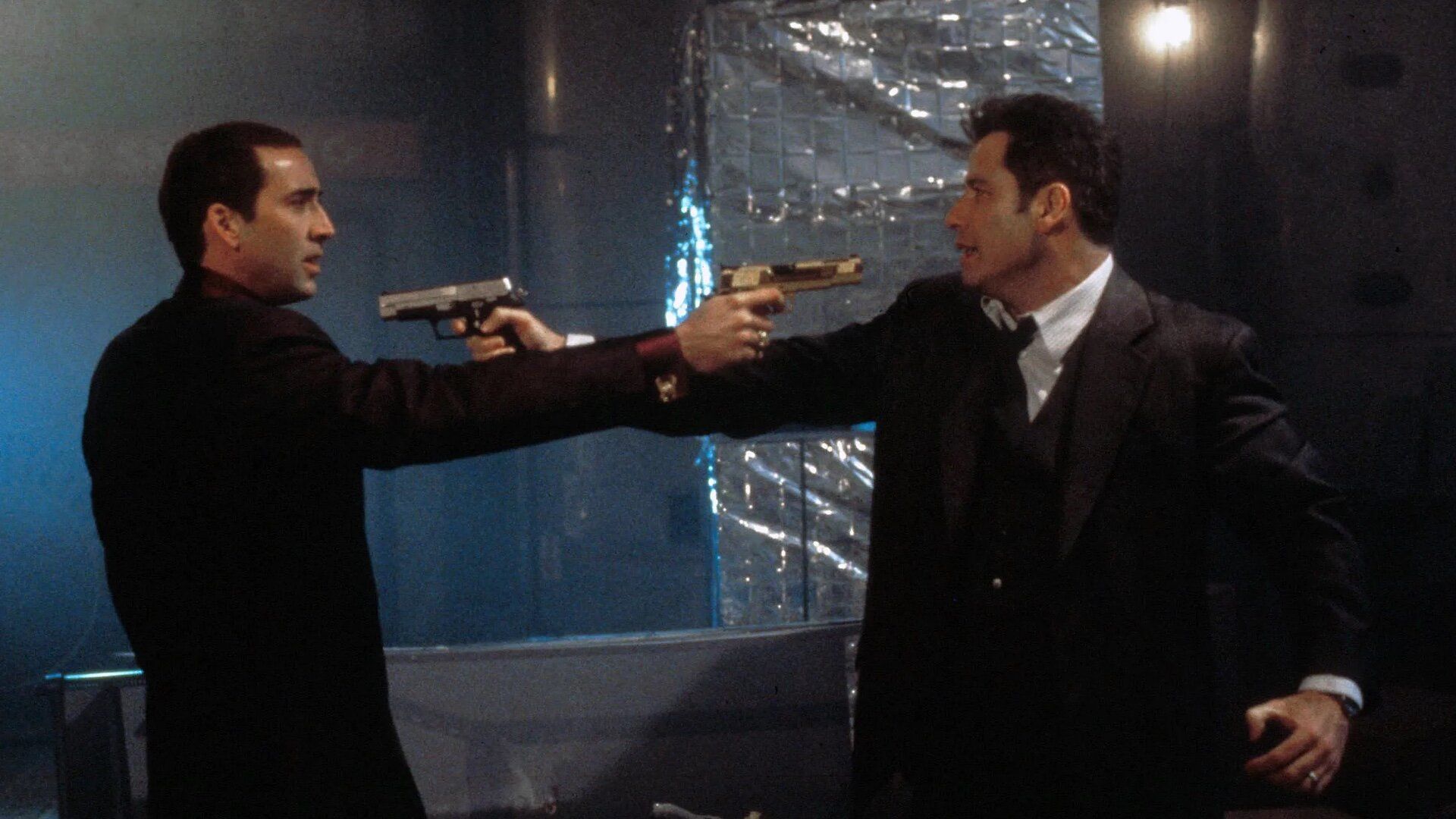 Face/Off project has been in development for at least a couple of years with Paramount trying different approaches for a potential remake with different filmmakers. Fans of the original are clearly inspired by Wingard’s current vision, who said he “would never re-imagine or remake such a perfect action movie.” Yet until Travolta and Cage sign up by their involvement, it’s all just sand castles.

The director also confirmed that Face/Off 2 will be rated R like its predecessor. Wingard believes that gives the crew the permission to deliver this “sort of manly driven violent action movie, which viewers don’t see nowadays.”

Adam Wingard’s latest movie Godzilla vs. Kong opens March 31 in the US and will be available on-demand for HBO Max subscribers as well. The first reactions praise the movie and its action, which lives up to the hype and grants the viewers everything they came for.