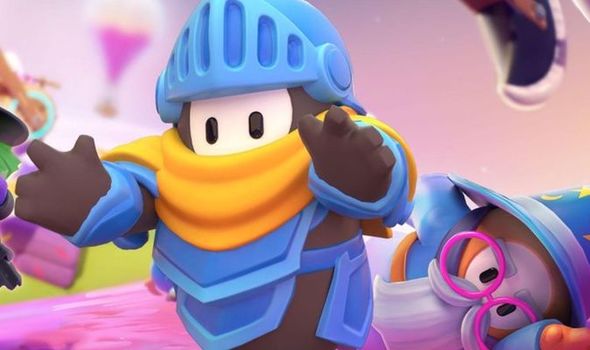 Fall Guys Ultimate Knockout fans are counting down to the start of the second season of in-game content.

As revealed by developer Mediatonic, Fall Guys Season 2 has an October 8 release date on PS4 and PC.

There’s no official launch time, but if it’s anything like the mid-season update, then expect the new season to begin at around 2pm BST. Express Online has contacted the developer for confirmation, and will continue to update the story when new information is revealed.

As part of the new season, fans can expect a host of new features to hit the game, as well as a brand new theme.

“Hello fellow bean fans! For a little while now, we’ve been teasing some tidbits about Fall Guys Season 2 which is set to bring Medieval mayhem and oodles of new content to the Blunderdome,” reads an official blog post.

“We’re delighted to announce that the wait is almost over—Season 2 will be dropping on Thursday October 8th!”

The main reason to jump into the action is the addition of new levels to the multiplayer battle royale game.

This includes the brand new Knight Fever stage, which sees players attempt to overcome a series of Medieval obstacles.

According to Mediatonic, the new stage has been designed to showcase some of the game’s new mechanics, and to test your “beans’ mettle and dexterity”.

Outside of the new stages, Fall Guys Season 2 will also introduce new customisation options, including nameplates and banners. This also includes the option to randomise your costume with a click of a button.

“Ever have one of those days where you just can’t decide what you want your bean to wear?” reads a Fall Guys tweet. “Us too. Season 2 brings one-click random costume customisation.”

Speaking of costumes, Mediatonic has been counting down to the start of Season 2 by showcasing some of the new skins.

As you can see from the tweet above, this includes a Shrek-inspired costume, as well as a court jester and princess.

Fans can earn these new rewards by winning crowns and levelling up the Battle Pass over the course of the season.

Finally, the Fall Guys Season 2 update will let players queue for games with friends, which should make for a much more social experience.

Express Online will return with the Fall Guys Season 2 patch notes when the update goes live.