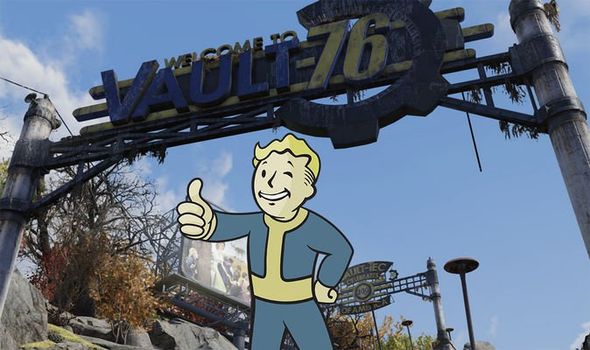 Fallout 76 players are counting down to the release of the brand new Survival mode on PS4, Xbox One and PC.

The Survival mode beta has a March 26 release date on all platforms. There’s no official start time, but it should go live at some point in the early afternoon.

Available as a separate mode in the main menu, Survival removes any restrictions to player-vs-player combat.

Everything featured in Adventure mode is also available in Survival, and you can freely switch between the two game modes with any progress carrying over.

“In Survival, it’s open season on other dwellers!” reads a Bethesda post.

“You can still quest, explore, and loot as you please, but you can also attack other players without restriction. There’s just one catch—they can freely attack you, as well.

“You’ll need to be cunning if you choose to go on the hunt, because other players won’t appear on your map unless they are Wanted or one of the top three players on the Longest Life scoreboards.”

If you score a kill you’ll get twice the normal amount of caps, not to mention a selection of your opponent’s loot. 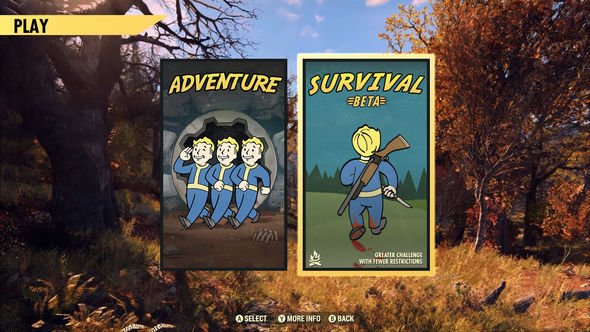 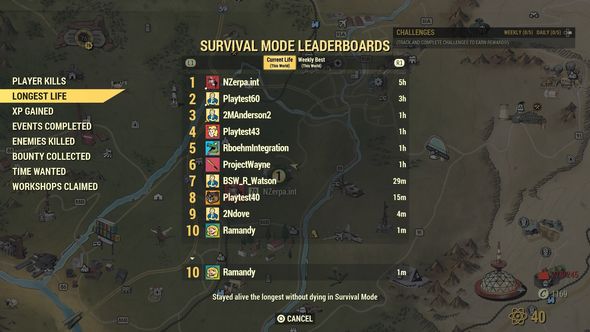 “If an opponent manages to kill you, you’ll find the Seek Revenge respawn option has been disabled,” Bethesda continues.

“However, you can spend some of your Caps to place a bounty on that player’s head, causing them to appear Wanted for everyone in that world. Whether you use this to your advantage and try your luck a second time or let another dweller bring your killer to justice is up to you.”

As part of the Survival mode update, Bethesda will tweak weapon damage for the new game. Weapons will apparently feel more deadly for Survival.

Fast travel and respawns will be limited to your camp, Vault 76 and train stations. You’ll also receive 20% more XP when playing Survival mode compared to Adventure.

Players who top the Survival mode leaderboard will receive medals based on their position, but will also become targets for other players.

Because Survival mode is in beta, Bethesda has confirmed plans to tweak the game as the weeks go on.

The release of the Survival mode is part of Bethesda’s Wild Appalachia content updates.

It all started with the new crafting and brewing feature, followed by the Fasnacht in-game event.