Fantasy General II is coming to PS4 and Xbox One in 2020, and it’s getting new DLC

Slitherine Software’s known for deep strategy games on PC, but it’s put a few games the PlayStation 4 and Xbox One over the years, most notably 2017’s Battlestar Galactica: Deadlock. Now the publisher is bringing another of its franchises to consoles: Fantasy General II, a turn-based strategy game came out in September for PC.

Fantasy General II will come to the PS4 and Xbox One in 2020. The new Onslaught DLC pack is coming in early 2020, Slitherine said. Strategy games still do well, though they may not dominate the market — research group Newzoo’s Analytics Platform says that in Q3 2019, 5.6% of all PC gamers played a strategy game. But the likes of Total War: Three Kingdoms, Fire Emblem: Three Houses, and Age of Wonders: Planetfall all made The NPD Group’s monthly best-selling games lists this year, and Planetfall got a boost from being on consoles as well as PC.

“The User Interface is being revamped to better suit console needs. We have done a lot of research on strategy games on console, and we believe we are hitting a sweet spot between tactical depth and accessibility, the gameplay of Fantasy General II is just perfect for that kind of blend,” a spokesperson said over email. “Fantasy General II on console will contain all the content from the PC version, and it will also include the short campaign ‘Tale of Falir’ as part of the base package.”

Preparing for the Onslaught 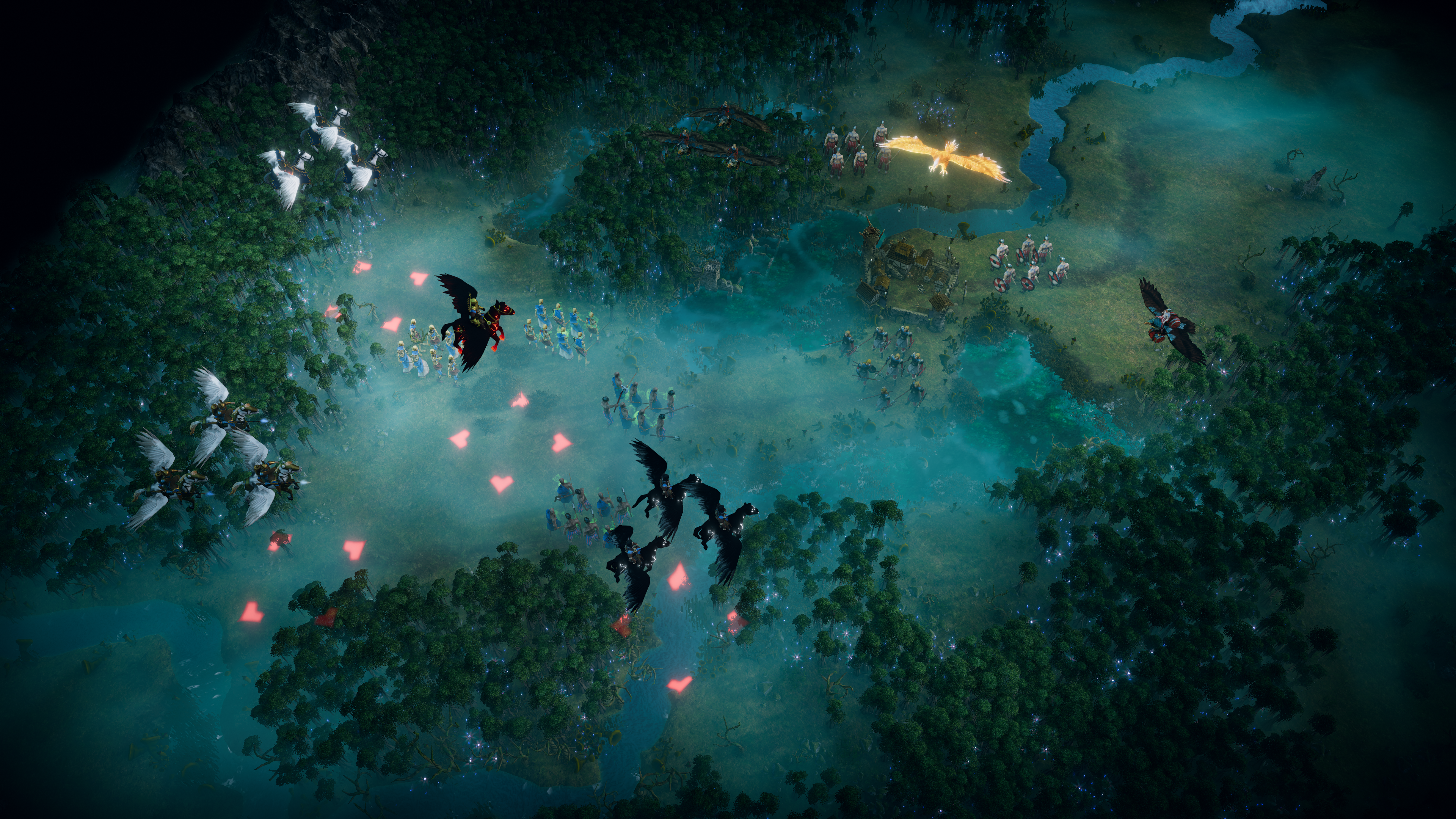 Above: Cavalry is more useful when it’s flying.

Slitherine says that the Onslaught DLC will come with the following features: