The Far Cry franchise is known for incorporating animal companions of various sorts, and Far Cry 6 is no different. We've already gone over how to unlock every amigo in the game, but there's one good boy in particular who deserves some special attention.

Boom Boom may look familiar, if not a little worse for the wear. The last time you saw him, he was looking a sight more spritely running missions across Montana in Far Cry 5. At that time, he was responding to the name of Boomer. In order to reunite with your scruffy pal, you'll need to perform a search and rescue mission to liberate him.

How to Find Boom Boom

It wasn't the easiest of trips from Montana to Yara, and poor Boom Boom is still locked inside one of the shipping containers. Unfortunately, you won't be able to rush straight to your ol' pal's aid, but there's a quest that'll lead you to him soon after setting foot on the island HQ. If you're eager to free this best of boys, head to Valle De Oro straight from the liberated headquarters when given the choice. 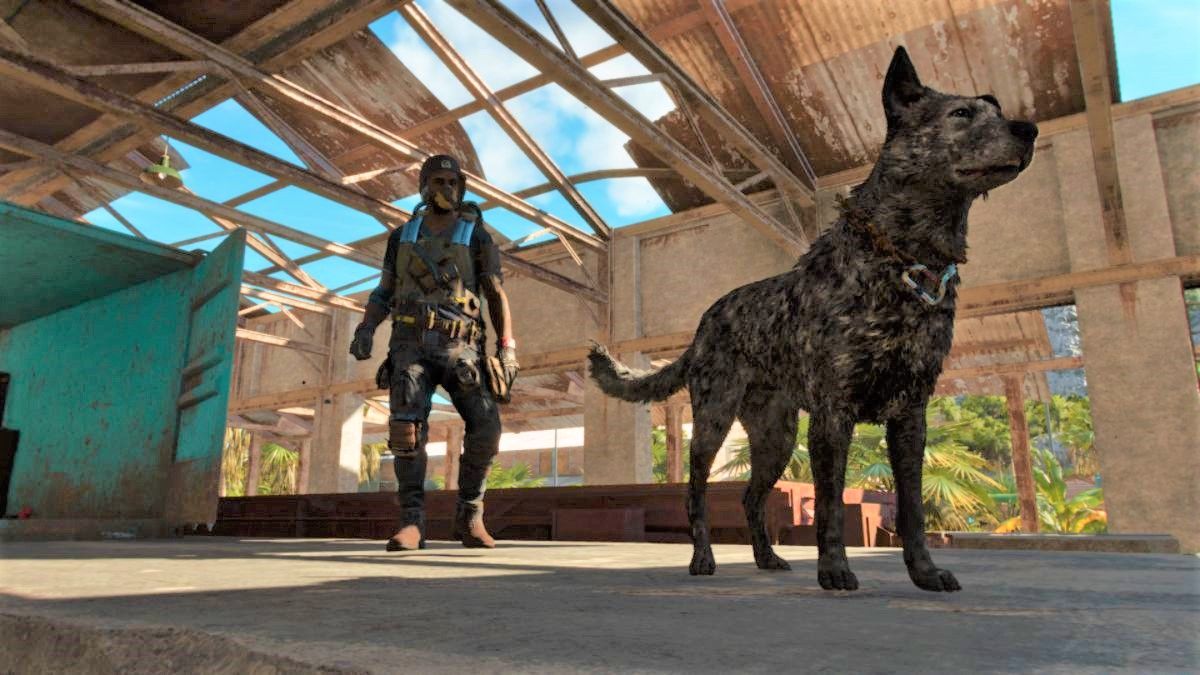 From there, you'll need to search out Máximas Matanzas. By giving the group a hand, they'll repay in kind and point you towards the sidequest, "Boom or Bust." Then by following their tip, you'll wind up at an encampment where you'll want to look around for a nondescript note posted to a pole. The memo documents a weapon shipment and will give you your next waypoint to set; the town of Feroza.

In Feroza, you'll find the large blue metal shipping containers, all with large padlocks barring them closed. There are no imminent threats in this vicinity, allowing you to comb the crates. Of course, you want to rescue your buddy, but there's no reason to pass up the stoor of weaponry and other valuable loot stashed in each canine-less container while searching for Boom Boom.

When you've unlocked the right shipping crate, the travel-sick canine will be barking eagerly to be let out and come forward to greet you happily, so there's no doubt you've opened the right one. Though it's doubtful you'll need any more proof that Boom Boom is, in fact, your ol' buddy from Montana, there is also a slip of paper lying in the crate explaining how the ol' farm dog came to be on the island of Yara. No matter how happy you are to see a friend, an explanation is always nice, and you'll probably get a kick out of the extra bit of nostalgia worked into the letter.