Feedback Loop, an “agile research” platform that enables businesses to rapidly collect user feedback, today announced that it has raised $14 million in funding as part of a push to “automate and democratize” consumer research.

Brands across the spectrum traditionally carry out consumer research over relatively long periods of time, and often at irregular intervals. Feedback Loop takes a different approach to make the market research process more of an ongoing process, one that’s aligned with “real time,” and which accounts for changing attitudes and opinions. Continuous, consumer input is the name of the game here.

Founded initially as Alpha out of New York back in 2014 before a rebrand six months back, Feedback Loop’s technology serves to automate many of the stages typically involved in conducting research surveys. It can be used to garner feedback on behaviors and preferences, or to A/B test new ideas and concepts before, during, and after the main product development phase. For example, a business can carry out comparisons between different marketing messages or slogans, or new product features, and figure out how the end-user interprets a particular phrase or responds to a proposed design.

One of the core selling points behind the platform is that it’s designed to allow non-researchers within a company to gather feedback by introducing what Feedback Loop CEO Rob Holland calls “research guardrails.”

“Our platform eliminates common human errors that have historically made traditional researchers shy away from letting business teams conduct their own research,” Holland said. “For instance, we eliminate the need for manual analysis of insights by surfacing the most relevant findings.” 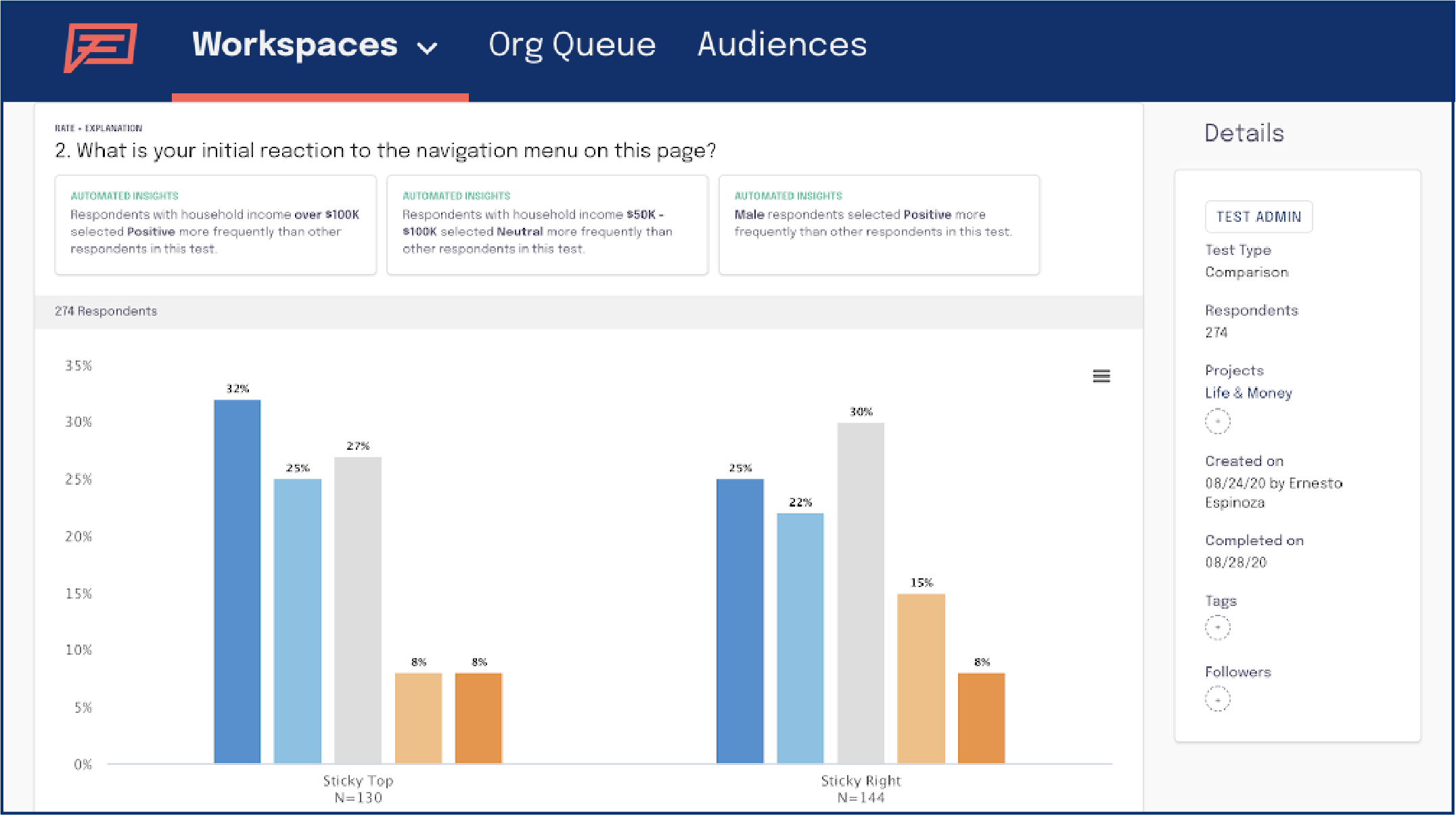 Any company that’s looking to develop completely new services or products need to understand the market they’re going after before they go too far down the product development route, and that is one scenario where Feedback Loop would help.

“Getting feedback retroactively is a failed approach, as evidenced by the recent Quibi saga,” Holland said. “Foresight [is better than] hindsight, basically.”

In terms of how Feedback Loop taps into user feedback, well, Feedback Loop uses APIs to channel into audiences that have been segmented from third-party panel providers through marketplace exchanges such as Lucid and CINT.

“Our users select the demographic and behavioral criteria of their desired audiences, and from there the platform automatically screens and selects the right people,” Holland explained. “This process traditionally requires a number of time-consuming and manual steps — our technology automates all of these, so that clients can launch their studies immediately.”

Participants are prompted to start the study, with Feedback Loop collecting responses (either quantitative or qualitative) and checking and organizing the data into reports replete with insights that are good to go.

“This step is critical as it eliminates the human error that has traditionally marred business teams’ attempts to conduct their own ‘shadow’ research,” Holland added.

Feedback Loop’s main data integrations for now are with the panel marketplace exchanges, though it can also connect with popular enterprise tools such as Slack so users can receive alerts when study results are ready, for example, or if one of their colleagues has any questions relating to a study. However, there are plans to introduce further integrations that reach deeper into the research ecosystem, to make “generating and sharing insights even more frictionless,” according to Holland.

Other players in the space include Suzy, another New York-based startup that recently raised $34 million, suggesting that real-time consumer feedback tools such as this are in high-demand.

According to Holland, Feedback Loop’s core differentiator with other similar platforms is that its technology infuses “research philosophy into a platform that automates 30-plus things,” while introducing a framework that enables non-researchers to use it.

The company’s $14 million investment closes off its series A round at $24 million, having kicked the round off more than three years ago with a $10 million cash injection, which was followed by two hitherto undisclosed follow-ups of $7.5 million and $6.5 million. The round was led by Crosslink Capital, which has previously invested in major cloud companies such as Equinix and Coupa, with participation from Spider Capital.