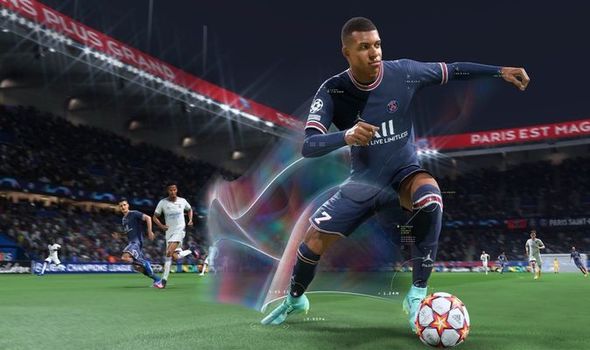 The FIFA 22 Early Access period has a September 22 release date on PlayStation, Xbox and PC.

While most EA games and updates go live at 6pm BST UK time, it’s likely the FIFA 22 Early Access period will have a midnight launch time.

If you want to play FIFA 22 ahead of its October 1 release date, then all you’ve got to do is sign up to EA Play.

EA Play subscribers can access a boatload of free games, exclusive discounts, and game trials ahead of launch.

This includes FIFA 22, which has a 10-hour trial period from September 22 until October 1.

If you don’t subscribe to EA Play – which as a reminder is included in Xbox Game Pass Ultimate – then you can play from September 27 by pre-ordering the Ultimate Edition.

“EA Play members can kick off their FUT 22 journey with a 10 hour trial starting from September 22,” reads an EA post.

According to EA Sports, the Early Access period includes a number of bonuses for Ultimate Team fans.

This includes an untradeable 80-84 OVR Player Pick, and a Team of the Week player on loan for ten games.

“Team of the Week #1 with boosted Items highlighting the best performing players from the previous week’s footballing action. Plus the first Featured TOTW Item of FUT 22.

“A limited-time Early Access Live FUT Friendly where you can compete for pack rewards.”

“On top of that, kick off Ones To Watch (OTW) early with an OTW Player Squad Building Challenge (SBC) available exclusively during Early Access,” EA adds.

And don’t worry about having to start over once the full game goes live, because progress carries over to the full release.

“And because you’re trying the real game, not a demo, your progress will carry over, so you can pick up where you left off if you decide to purchase the game.”