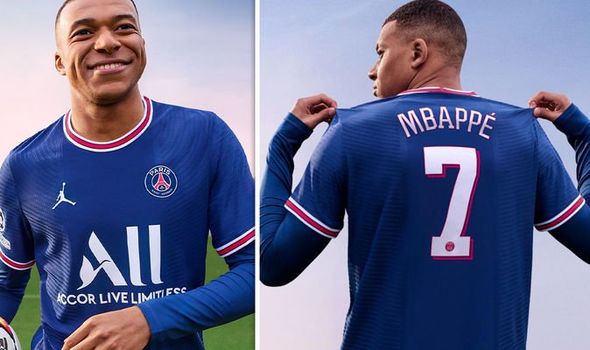 The next FIFA will be available on October 1, although certain pre-order customers will be able to play the game early.

In the build up to the big release, EA Sports has detailed some of the biggest changes coming to Career Mode.

Career Mode has been criticised in recent years for not evolving with the times.

Based on the latest blog post by EA Sports, FIFA 22 will feature one of the biggest Career Mode overhauls in years.

The headline new feature is the ability to create your own teams, complete with kits, crests and custom stadiums.

“You’ll start by picking your club’s name and the nickname which will be used by the commentary team,” reads an EA Sports post.

“The number of teams participating in a league stays the same, while the team you replaced goes into the Rest of World teams.”

According to EA Sports, players can choose to join any league, although you’ll need to replace an existing team.

“You can choose any league in the game, carving your path to glory from the bottom tier of a country’s league system or playing against the world’s biggest teams in the top leagues.

“You will then choose a Rival club from within your league. Matches against your rival will be treated with higher importance in our broadcast experience and benefit from additional news coverage and stories.”

Unsurprisingly, the new career mode features extensive customisation. You’ll be able to change this at the start of every season, which is a nice touch.

According to the reveal trailer, FIFA 22 will be powered by HyperMotion Technology.

“HyperMotion technology enabled the integration of the first-ever motion capture of 22 professional footballers playing at high intensity. Additionally, EA’s proprietary machine learning algorithm learns from more than 8.7 million frames of advanced match capture, then writes new animations in real time to create organic football movement across a variety of interactions on the pitch.”

As you can tell by some of the pre-order bonuses, Kylian Mbappe will return as the cover star.

More details will be revealed during the EA Play event later this month.