Fight Against Lovecraftian Horrors In The Mythos Monsters Bestiary

Tabletop RPG content creator Legendary Games recently launched a Kickstarter for the Mythos Monsters: 40+ Lovecraftian horrors for DnD 5E sourcebook. Its $500 goal was funded in only 12 minutes, and as of this writing, is just about to scream past the $10,000 mark.

The Mythos Monsters project is one of those ‘quickstarter’ versions meant to run only about two weeks, and there are currently 13 days left on this one. This project also only comes with three reward tiers ($10, $20, and $35), doesn’t have any stretch goals to unlock, and only two add ons ($10 and $25). However, project backers can expect to receive their PDF product versions right afterward via DriveThruRPG. 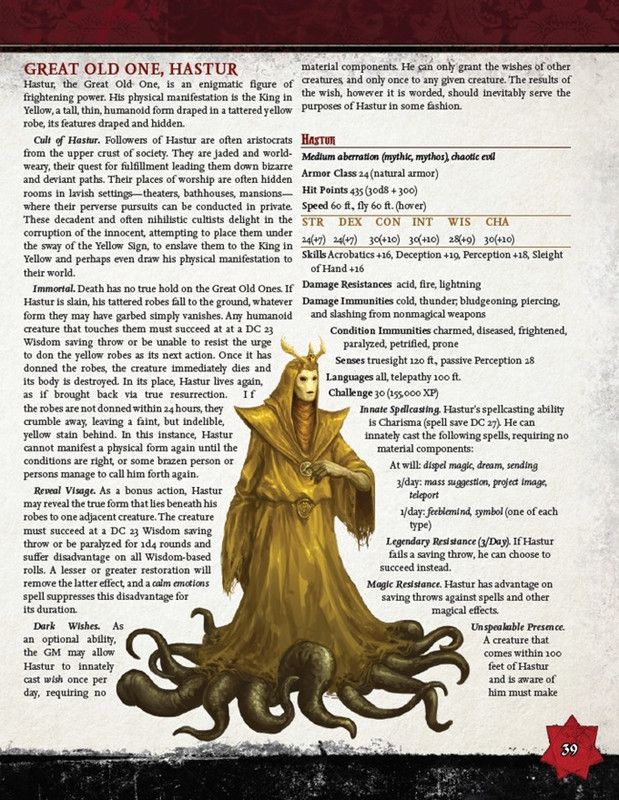 The Mythos Monsters sourcebook aims to bring back the Cthulhu creature line to D&D with updated descriptions suitable for the fifth edition. These can conceivably also be used in most any other tabletop roleplaying game that aligns with the fifth edition ruleset. The 72-page full-color book will contain over 40 maddeningly monstrous masters of murderous mayhem for Game Masters to use to test the sanity of all their player’s characters.

Mythos Monsters will feature a host of Lovecraftian horrors, from the lowliest minions the Great Old Ones themselves. Here’s a short bullet list of just a few:

The reward tiers will net you PDF and print versions of the Mythos Monsters sourcebook, as well as a copy of Legendary Game’s previously released Fates of Madness, “a cooperative role-playing light adventure card game based on the popular Gothic Campaign Compendium”. The add ons include the Mythos Adventure PDF Bundle for $10, which consists of The Murmuring Fountain (1st level), Whisper House (8th level), and Feasting at Lanterngeist (10th level) adventure modules. The $25 add on will upgrade the Whisper House and Feasting at Lanterngeist adventures to print editions.

Next: Castles Of Mad King Ludwig: Collector’s Edition Will Feature Upgraded Tiles And New Expansions, Thanks To Kickstarter