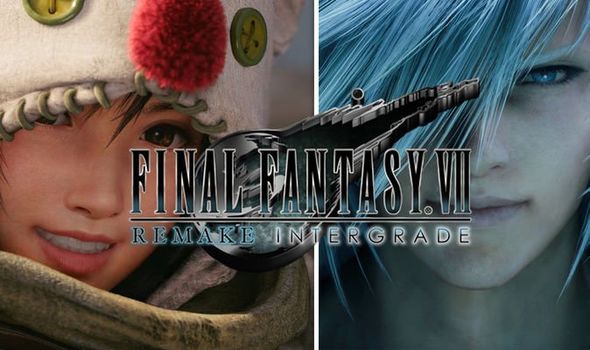 In terms of a launch time, the game is expected to be available from midnight local time in all regions.

The upgrade itself is free to owners of the PS4 game, with the exception of fans who downloaded the PS Plus edition.

If you’re upgrading from PS4 to PS5, you will need to pay in order to purchase the new expansion featuring Yuffie.

“Please note the PS4 version of Final Fantasy VII Remake available to PlayStation Plus members is not eligible for the PS5 digital version upgrade.

“FF7R EPISODE INTERmission is a brand-new adventure in the world of Final Fantasy 7 Remake INTERGRADE.

“Play as Wutai ninja Yuffie Kisaragi as she infiltrates Midgar and conspires with Avalanche HQ to steal the ultimate materia from the Shinra Electric Power Company.”

According to Square Enix, the DLC episode features new gameplay additions, as well as unique combat opportunities and monsters.

Fans can take a look at some of these additions by checking out the recently released Final Fantasy 7 Remake INTERGRADE trailer (above).

In addition to showcasing some of Yuffie’s skills and abilities, fans were given a look at the Fort Condor minigame.

Likewise, we were also given a look at some of the new battle sequences, not to mention storyline teasers for Yuffie’s episode.

Square Enix and Sony have both confirmed that Final Fantasy 7 Remake Intergrade will be a PS5 console exclusive for at least six months.