Upon reaching Chapter 14 of Final Fantasy 7 Remake, you’ll gain access to the game’s nine remaining side quests. Most of them are pretty straightforward, but there are a couple that may cause a little trouble due either to their length or the order in which you’ll need to complete them. The Secret Medicine quest falls into both categories, with players first needing to complete one of the Chapter’s longest side quests before they can finally turn it in.

The quest itself requires players to track down three key items so that a doctor can brew up some special medicine. Two of the items are easy enough to get a hold of. The third, however, can only be acquired by defeating the Type-0 Behemoth that’s lurking in the Shinra underground lab explored during the Subterranean Menace quest. As such, completing Secret Medicine is going to take a little longer than most of the other side quests in Final Fantasy 7 Remake.

How To Initiate The Secret Medicine Quest 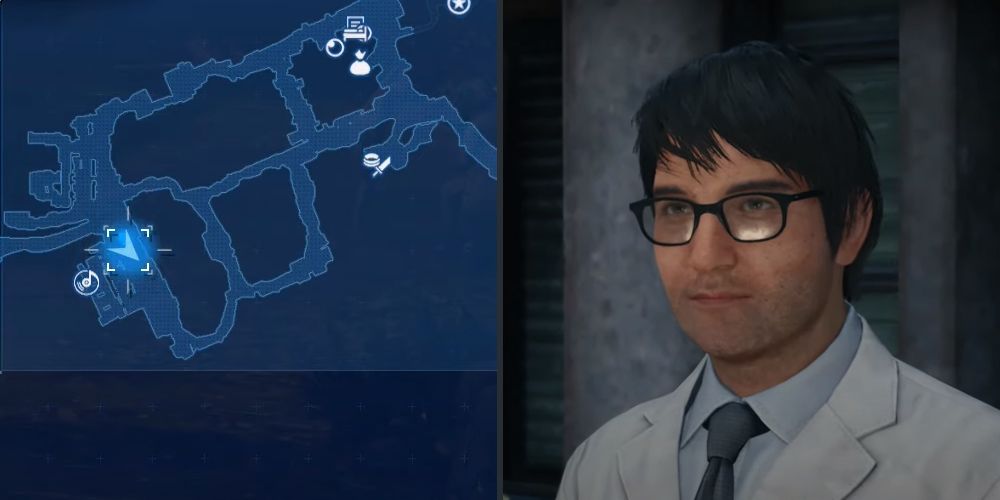 In order to get started with the Secret Medicine side quest, you’ll first need to head to the community center near the Leaf House in the Sector 5 Slums. Once there, look for a doctor who is wearing a white lab coat and glasses and standing near the front of the building. When you speak to the doctor, he’ll ask you to help him track down a Moogle’s Mortar, some of Aerith’s flowers and a Behemoth’s horn so that he can synthesize a special medicine. 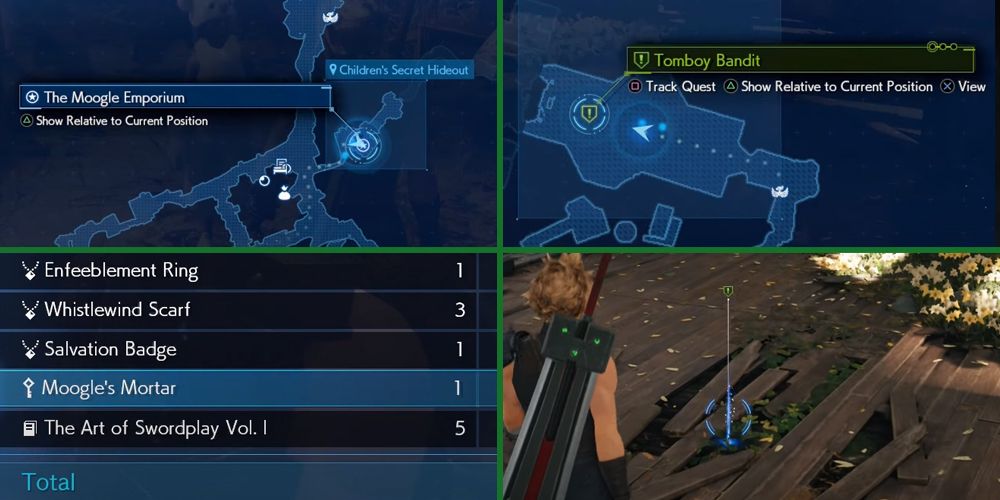 In order to find the Moogle’s Mortar, you’ll need to head over to the Moogle Emporium in the kids’ hideout. You should have already been there several times by this point, but if you’re having trouble remembering its location, head to the open area near the item shop and look for the large sign. Cloud can shimmy behind it and, once inside the hideout, will be able to purchase the Moogle’s Mortar for one Moogle Medal.

To find Aerith’s flowers, you’ll need to make your way to the old church in Sector 5 where Cloud and Aerith first met. If you’ve already completed the Chocobo Search side quest at this point you can use the Chocobo fast travel points to head straight there. If not, follow the road that leads from the slums to the station to the very end and you’ll find yourself at the church fairly quickly. Head inside and investigate the marker to pick up some of Aerith’s Flowers.

Where To Find The Behemoth’s Horn 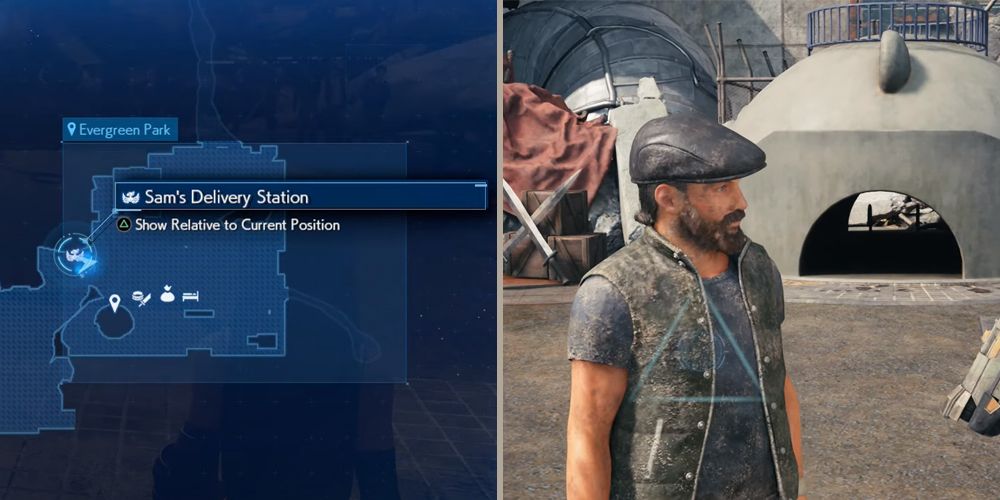 If you’ve already completed the Subterranean Menace side quest you can skip this section entirely. If not, however, you’ll need to speak to Wymer in Evergreen Park and then head underground using the ladder that’s hidden beneath the nearby playground equipment. You’ll soon find yourself back in the Shinra underground lab that you visited in the previous chapter. 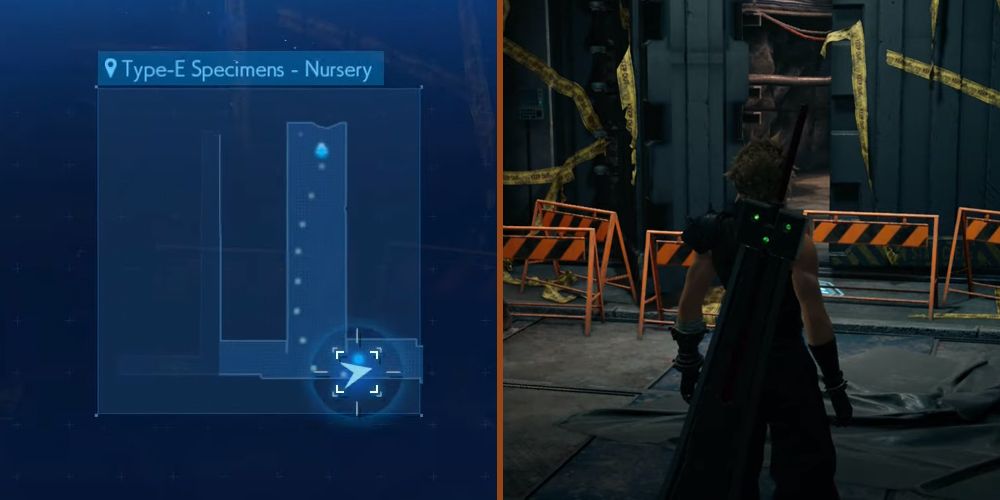 Follow the path back to the point where you first entered the lab to look for Wedge and then keep heading deeper underground. You’ll eventually start to hear roaring noises as you get further through the lab and they’ll grow louder as you get closer to the Type-0 Behemoth. Continue down to the B5 level and you’ll find a large door with orange barriers in front of it; through which is the Type-0 Behemoth. 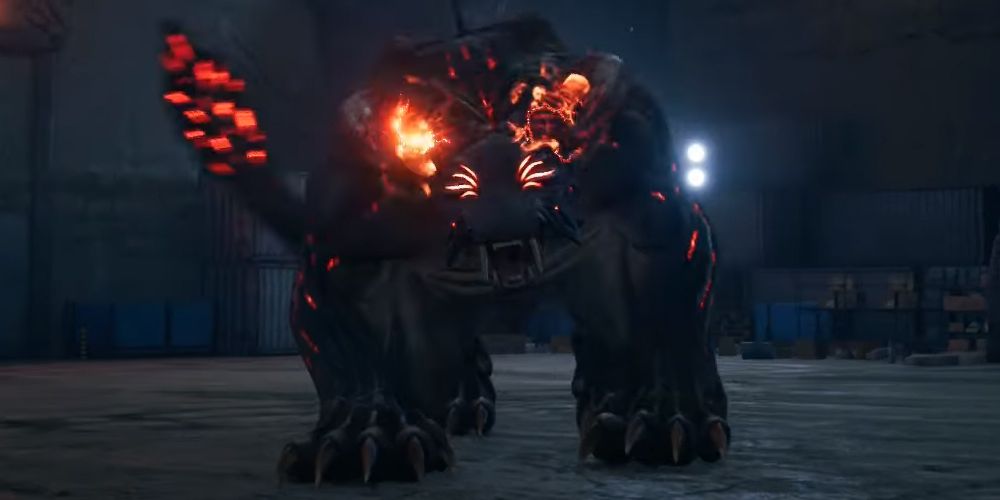 This can be a fairly difficult battle for those who stumble into it unprepared, but understanding how the Behemoth operates can make it quite a bit easier. Do not use magic while its horns are intact. Instead, focus on using physical damage to cripple the Behemoth’s upper and lower body. Depleting the bars for both at the same time will stagger the enemy, allowing you to dish out some serious damage. You should also try to switch characters regularly to confuse its AI and try to get behind it as often as possible. 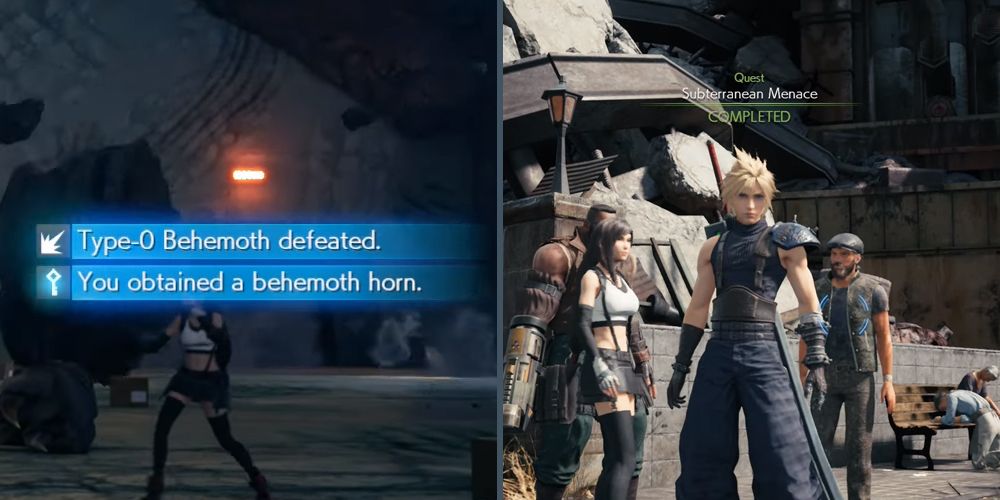 Though the Behemoth has the potential to dish out a devastating amount of damage, most of its attacks are fairly easy to dodge and its HP melts away fairly quickly. Providing you’re able to keep your party’s HP replenished throughout the battle, it shouldn’t last more than about five minutes. Once you’ve managed to defeat the Behemoth, you’ll get the Behemoth horn and can then return to Wymer to turn in the Subterranean Menace quest. As a nice bonus, he’ll give you Barret’s Wrecking Ball weapon as a reward for your troubles.

Turning In The Secret Medicine Quest 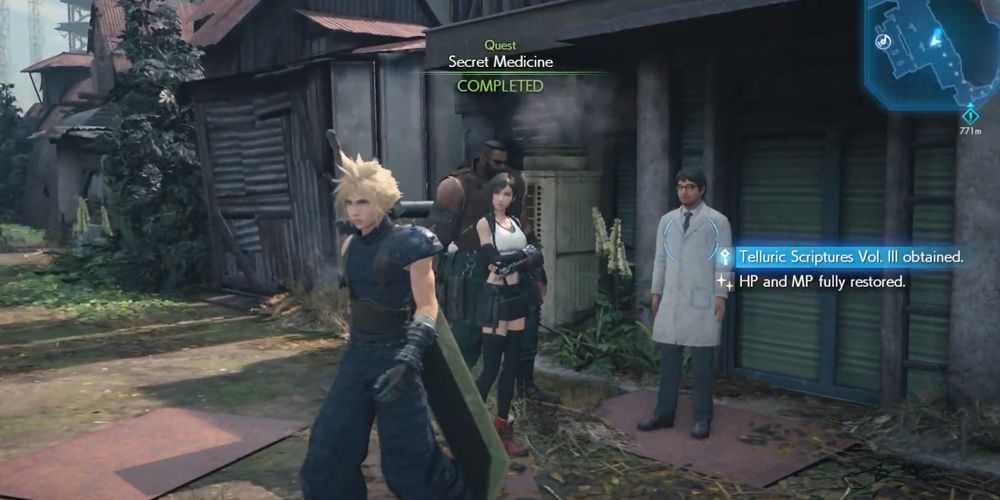 With all three key items now in hand, make your way back to the doctor outside the community center and speak with him to hand over the key items. He’ll thank Cloud and the rest of the party and also provide them with the Telluric Scriptures Vol. III item, which grants Aerith an extra 10 SP for Aerith’s weapon modifications. There’s no reward for completing the quest again on Hard Mode, although the Subterranean Menace quest does provide players with an additional manuscript for Barret if completed again.

It’s worth noting that all three of the key items required for the Secret Medicine side quest can be obtained before the side quest is actually initiated, so if you happen to complete the Missing Children and Tomboy Bandit side quests first, be sure to pick up the Moogle’s Mortar and Flowers while doing so to save yourself a trip later on. The Behemoth horn can’t be missed, so if you’ve already completed the Subterranean Menace side quest before initiating the Secret Medicine quest, you’ll have the Behemoth horn in your inventory already.