For players looking for the greatest challenge that Final Fantasy 14 has to offer, you can’t get a more punishingly difficult experience than Ultimate raids. These consist of notoriously difficult gauntlets of bosses that eight-player teams must defeat in one run, and are something that players can’t even attempt until they have completed the prerequisite — and also very difficult — Savage raids.

Given the high bar, Ultimates are naturally not geared towards casual players, and instead you’ll find dedicated teams battling it out to become the very first to defeat each new Ultimate as it launches. Dragonsong’s Reprise (Ultimate) was recently added in patch 6.11, starting a new race to see who would score the world's first clear, a victory that was eventually claimed by team Neverland.

“It feels very surreal considering the circumstances of our group participating in this race,” Neverland tells me. “One month before the release of Dragonsong's Reprise, we were all very unsure if we could even do it at all due to previous members in our groups leaving the game or choosing a lower frequency raiding schedule. So when we cleared first there were a lot of emotions going through everyone's mind.” 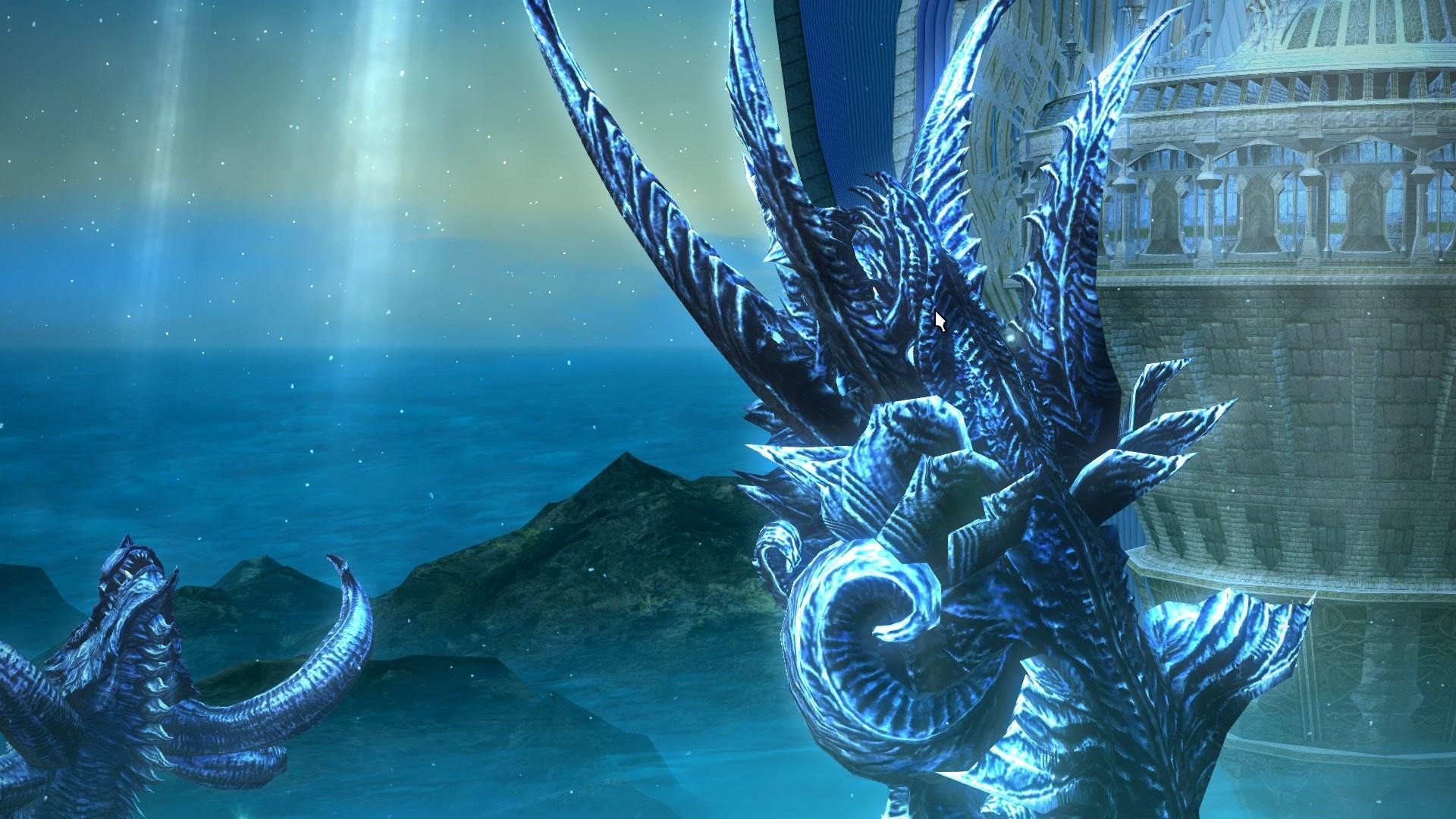 With such a massive undertaking ahead of them, the team had to prepare accordingly. As well as ensuring a week free from work and other commitments so they could throw themselves into the raid with gusto, Neverland prepped by revisiting older content and doing their homework.

“We agreed on setting a week aside for Dragonsong's Reprise, which luckily for us turned out to be just right,” the team explains. “In terms of food and snacks, we agreed beforehand to prepare light food and nothing heavy because a food coma is definitely a thing that can hit you really bad. When you want to play for a prolonged time on a high mental level, it can be detrimental to get tired or suffer from early fatigue.

“Other than that we prepared similar to what other groups do: Going back into the old fights and typing down anything that comes to mind, be it mechanics they might reintroduce in the Ultimate, or just names of abilities and NPCs to look out for. We also went into older fights and practiced harder variations of already known strategies.”

When it came to putting their hard work into practice, Neverland estimates that it took them about 750 pulls to clear Dragonsong’s Reprise and earn the coveted ‘As Suits a Hero’ achievement. The team explains that the Death of the Heavens mechanic was the most trying out of the whole raid, “The mechanic is very tight and requires a lot of practice and knowledge to get it right. It took us about a day to work it out fully and consistently get past it.”

It’s incredible to watch the videos of the team’s work and their perfected choreography in managing mechanics while working together. It’s a heartwarming moment to watch the excitement build near the very end of the raid before the team erupts into celebration when Dragon-king Thordan falls and the achievement pops.

Neverland tells me that they had nearly given up on the idea of snatching the crown for the clear, but it seems luck was on their side, “On the day before we cleared we had seen a 0.2 percent enrage and were very sure that at any given point another group would clear the fight, so we tried really hard to push for a clear. However, there are human limits and our consistency dropped to the point that we had to make a tough choice of stopping the raid and calling for sleep.

“We decided to go for a four-hour power nap and, at that point, we were all certain that ‘this is it, we had our shot at clearing first but failed to secure it’, so it was ‘gg’ to whoever will clear now. When we woke up everyone was quite surprised to see no group having cleared yet, so we went full steam ahead and defeated the fight after about two and a half hours of waking up. Sleeping was definitely the right call.”

The first Ultimate, The Unending Coil of Bahamut, was introduced in patch 4.11, shortly after the launch of Stormblood, and the recent addition of the Dragonsong’s Reprise takes the total number up to four. All Ultimates put a spin on older content, with Dragonsong’s Reprise offering a ‘What If?’ scenario timeline based on the Heavensward expansion, teasing players with the idea of a world where a fan-favourite character survives instead of sacrificing themselves for you.

“After three Ultimates, many thought there was little room for the battle designers to surprise us anymore, but we were very mistaken,” Neverland explains. “The way they took something from past Main Scenario Quests and translated it into a fight while letting our minds wander into what-if scenarios really made everyone fall in love with this type of Ultimate design. You really started to think ‘if only this could have really happened’. Overall it's very exciting to think about the future of Ultimates and what they might do to still surprise the player base.”

As the last wait for a new Ultimate raid was over two years, it might be some time yet before we have another on the horizon. In the meantime, other teams can try their luck at beating the toughest content the game has to offer and earning all the kudos that comes with it.