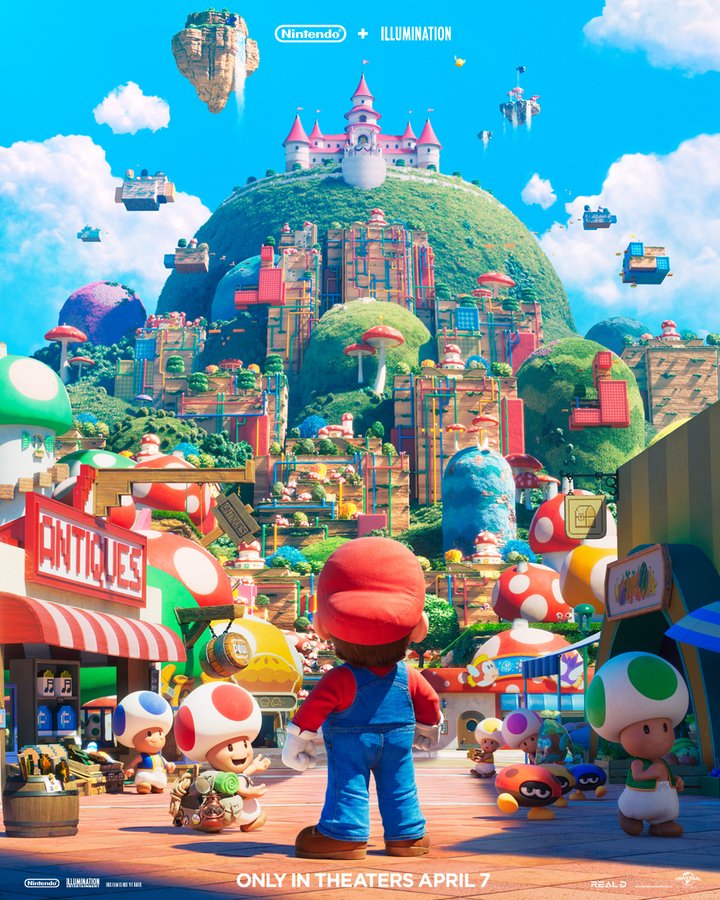 There’s a new Nintendo Direct dedicated to the Super Mario Bros. animated movie this week and Nintendo has teased the first image.

The new Nintendo Direct will drop on Thursday, October 6, and is set to reveal more details about the upcoming Super Mario Bros. animated movie.

One part of the movie that has been heavily speculated about is how Chris Pratt will manage to bring Mario to life, given he’s not doing an Italian accent.

Hopefully, the upcoming trailer will manage to put fans’ concerns at ease, as it will surely shine more light on not only how the film looks but also Pratt’s performance.

Sadly, Nintendo also said that no game information will be revealed during this week’s Direct, it’ll just be about the movie.

Still, there’s a lot to unpack from simply looking at the image. First things first, you can see Mario standing proud in his signature blue overalls and red cap in the streets of Mushroom Kingdom. He’s gazing up at Princess Peach’s castle, surrounded by a group of Toads just going about their day.

The announcement comes only a day after Nintendo announced the official formation of its own animation studio, called, rather unimaginatively, Nintendo Pictures.

That does imply movies beyond just Mario (Zelda: The Movie? Yes please!) and while a lot depends on how the first film does Nintendo has already acquired Japanese CG animation studio Dynamo Pictures, so they seem pretty serious about the whole thing.

Dynamo also makes pre-rendered cut scenes for games, having worked on the likes of Death Stranding and Persona 5 in the past, so it’s likely Nintendo will use them for that too.

Nintendo also recently established Nintendo Studios but has made no formal announcement about that. However, it’s believed it’s a subsidiary meant to oversee movies and TV shows based on Nintendo properties – the business side of things compared to Nintendo Pictures, who will actually make the animations.