This is part of a series of articles where we take a look at games that came out before TheGamer was born in 2018, but that we definitely would have given five stars to at review.

Do you remember going to the museum as a kid? The school trips, everybody buzzing on the bus, excited to be getting out of school. The novelty of it all. I remember my parents taking me to the Natural History Museum in London, with the model of a blue whale hanging in the air, a Leviathan weightless and looming above you, and my jaw dropping.

I think the purpose of these science and nature museums isn’t to educate, not really. The real learning happens in the classroom guided by a teacher. Instead, those exhibits of planets and models of fantastic creatures are designed for something simpler. To inspire. Walking through those echoey corridors and halls there’s a definite sense of being pushed towards curiosity and a palpable magic in the air.

All of this is to both defend and elevate Spore, the 2008 game designed by Will Wright, the creator of The Sims. Spore had a lot of hype. Generated by the famous name behind it, it was talked up as a game that would tell the story of life: from single celled organisms to spacefaring. We would play every stage, with our choices and characteristics transferring to the next, as we evolved. It sounded ambitious and enchanting, with an educational frisson. 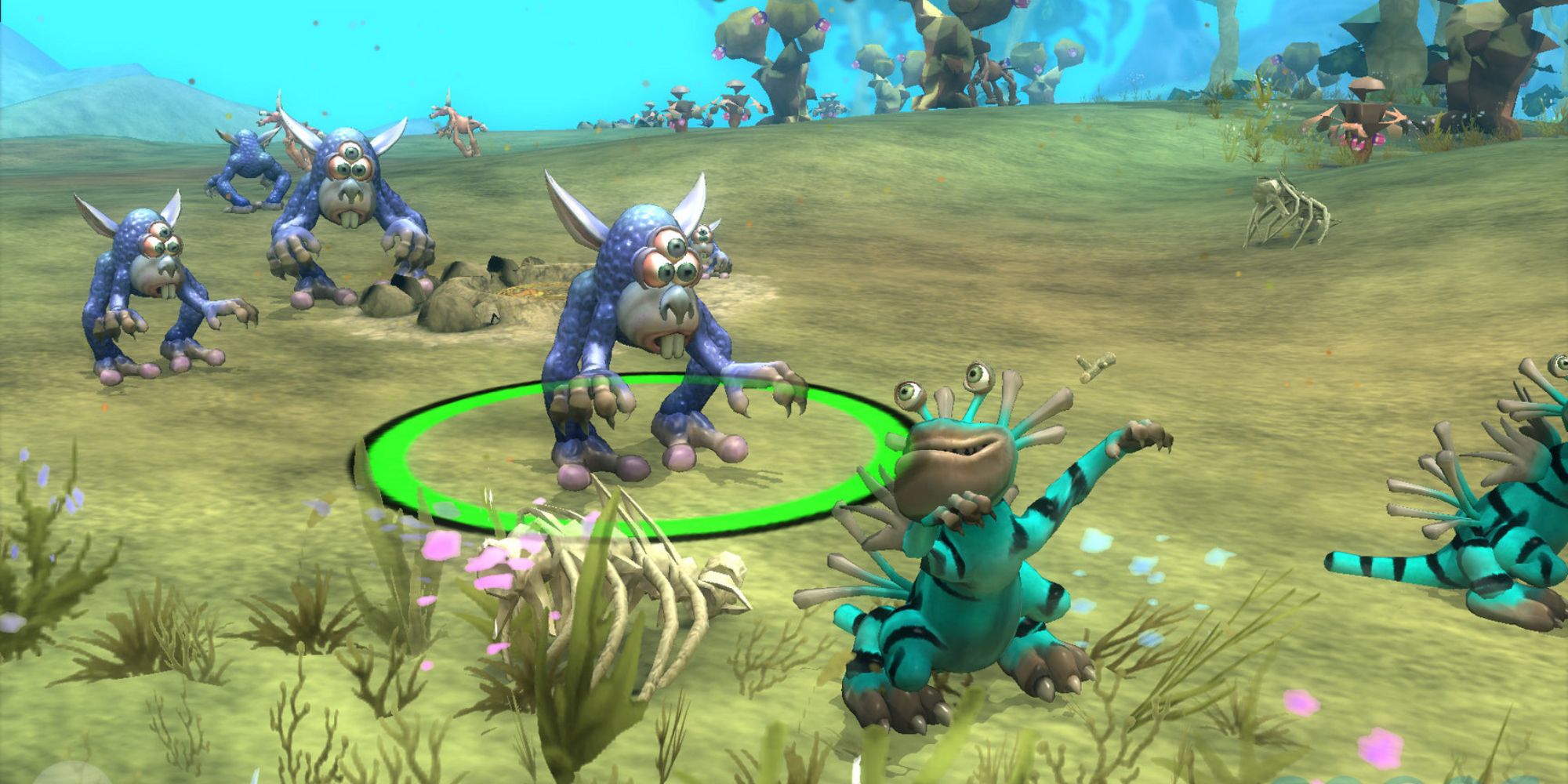 Of course the game couldn’t quite stand up to it. If it did, it might be that fabled game that is so good and so encompassing we might never stop playing it (some say Skyrim has already achieved this singularity). But Spore has magic to it. I played it with my little sister, and we both loved the first stage where you swim around the primordial soup feeding on bits of nourishment. You grow. You get bigger, while you avoid the even bigger fish, and in the background are the true monsters. But steadily the camera pulls those into focus as you grow and you join the ranks. Soon, you become a creature ready for land-lubbing.

There are aspects to Spore that are a triumph, but require a little understanding to fully appreciate, like the creature creator. In that, you create your own custom creature. It’s great fun, deciding how long their limbs are, how unwieldy their look and locomotion. But to get it all working with such seamlessness, stability, and flexibility required some magic in the coding department, so I understand.

I prefer Spore’s earlier stages to its later ones. Becoming a tribe isn’t as compelling as being a creature trying to survive on the plains, or simply swimming in the soup with a cozy soundtrack. I didn’t quite have the patience of my sister to get to the spacefaring part and complete it all. But she did. And she played it over and over again. And often, while I had other more adult things to do (things that are devoid of the magic of visiting museums as a child and indulging one’s curiosity), I would be pulled back into Spore’s progression and choices.

The reason I think Spore deserves those five stars is its ability to transport some of that wonder and science-y feeling, when awe and amusement mixes with a little education to make it feel more meaningful somehow. I guess it’s inspiring even. And Spore is a game that I, and my sister, found memorable enough that I can still recall its evolutionary magic even if it doesn’t quite capture the nuances of Darwin’s theory of evolution.