Volocopter, a German company that’s developing autonomous electric takeoff and landing (eVTOL) aircraft for commercial air taxi services, has extended its series C financing by another €37 million ($40 million). This takes the round total to €87 million ($94 million) following the original €50 million ($54 million) tranche back in September, and means the company has raised €122 ($132 million) in total since its inception.

Founded in 2011, Volocopter is one of a number of urban aviation startups setting out to monetize the skies with a new type of electrified commercial transport designed for urban environments — the aircraft can take-off and land vertically, like a helicopter, meaning that runways and other space-intensive infrastructure isn’t required. Instead, Volocopter envisages myriad smaller urban landing pads called Voloports, the first of which is already being demonstrated in Singapore. 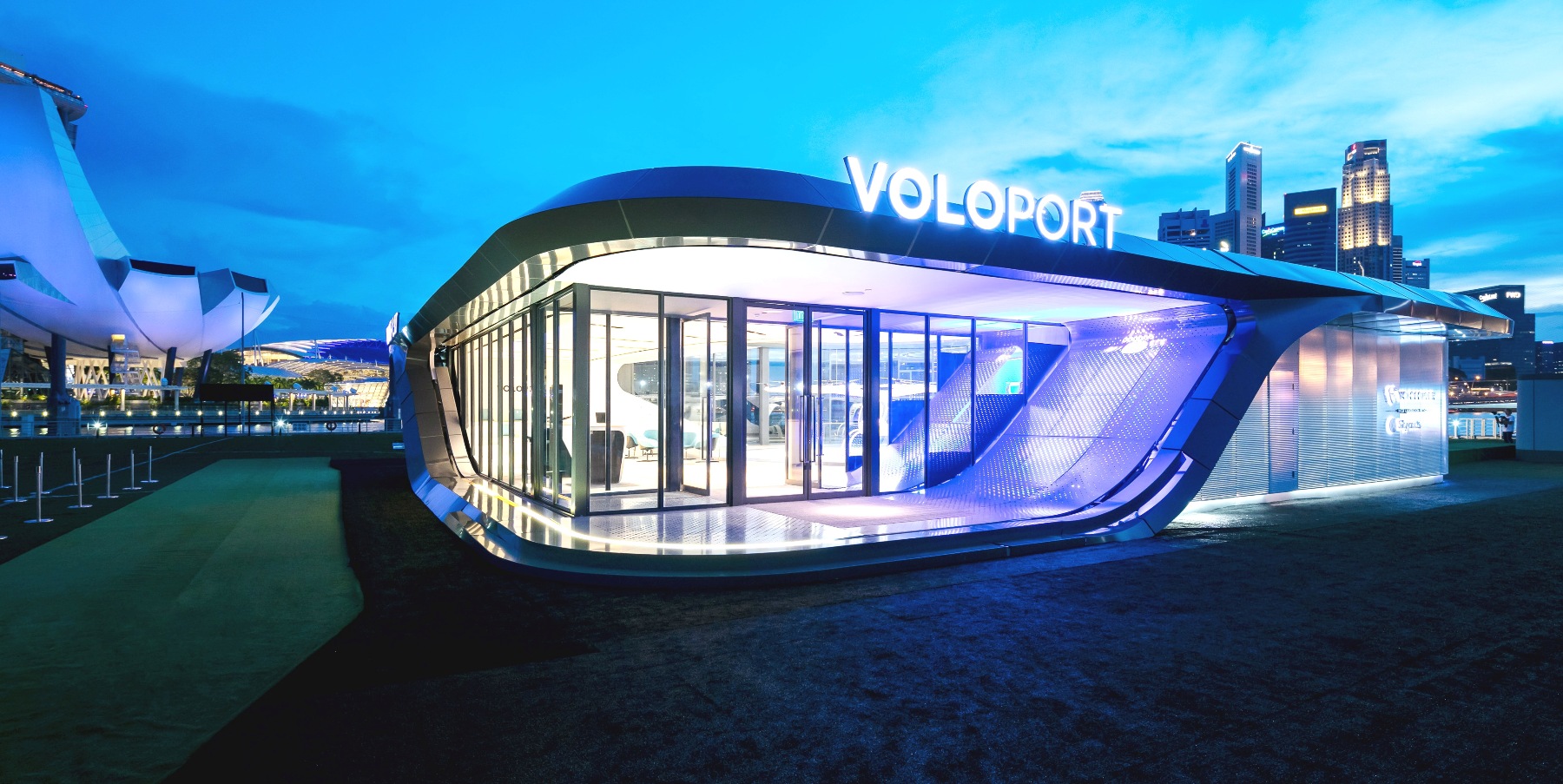 Above: Volocopter “Voloport” in Singapore

Other notable players in the space include German startup Lilium, which has raised more than $100 million to get flying taxis on the market by 2025. Meanwhile, Boeing has also launched a “flying car” prototype, and Airbus has also conducted tests for air taxi services.

With another $40 million in the bank, Volocopter said that it’s well-financed to bring its Volocity aircraft closer to certification, launch and commercialize a second-generation cargo drone known as VoloDrone, and hire more “industry experts,” the company said in a statement. Adding DB Schenker as an investor is also notable, as it confirms that strategic partnerships with key industry parties will constitute a core part of getting Volocopter’s technology into the public realm.

“We are convinced that the Volocopter technology has the potential to bring transport logistics to the next dimension for our customers,” noted DB Schenker CEO Jochen Thewes, who has also joined Volocopter’s advisory board. “DB Schenker has already tested autonomous and electrical vehicles in several innovation projects and in actual operations. By integrating the VoloDrone into our supply chain of the future we will be able to serve our clients’ demand for fast, remote, emission-neutral deliveries.”

Moreover, Volocopter also hinted that an initial public offering (IPO) is now firmly on its agenda, though it declined to divulge any definitive timescales. As part of this push, the company has added two independent members to its advisory board — former Daimler CEO Dr. Dieter Zetsche and CAS Software founder Martin Hubschneider.

“We very much welcome the new members to our advisory board, in particular Dieter Zetsche and Martin Hubschneider,” added Volocopter chairman Stefan Klocke. “The board will support the management in the further strategic development of the company towards the global market leader in urban air mobility and in the preparations for a potential future IPO.”