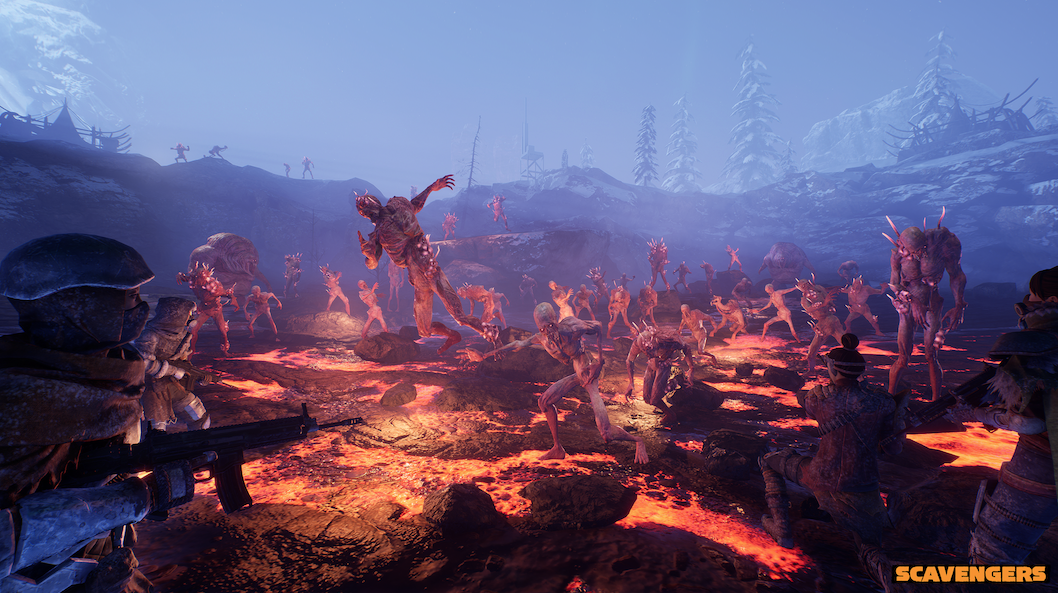 You’ll also find a strong co-operative element within your own team of three and the way you engage with AI-controlled enemies and other inhabitants of this infested world.

Your typical match is broken down into a few key phases. After dropping onto the map, you’ll start to gather items and resources, cobbling together a starter loadout ready for any roving enemies or another squad with itchy trigger fingers.

From there, you’ll need to hit a quota of the game’s crystal like alien objects (it was 60 in our match) before locating the dropship and making a successful extraction.

They can be found within these crater-like Scourge hives and although these enemies are mostly cannon fodder you’ll encounter bosses that can wipe your team if you’re not paying attention.

Pushing ahead, you’ll start to unearth better loot, breaking down unwanted items into components that can be used to enhance your loadout. Survival is another beam Scavengers supports itself on and you’ll need to stay warm and fed while fending off infections, making clever use of items as well as the environment around you.

As if trudging through this frozen wasteland wasn’t harsh enough, storms will also rip across the map, forcing you to seek shelter. 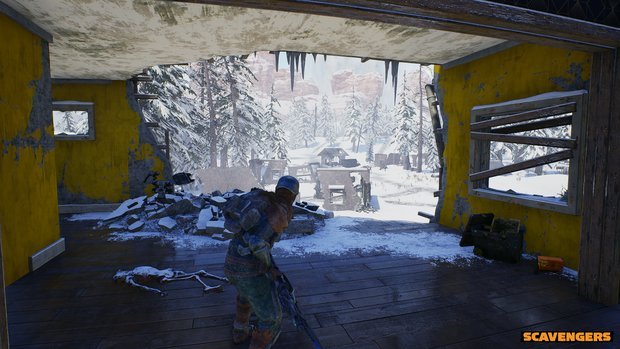 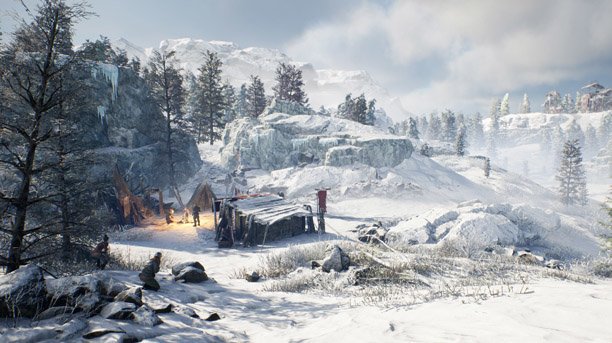 There’s a mix of ranged and melee combat here that should feel familiar to those comfortable with the third person shooter genre. A mix of firefights, close quarters encounters, and resource hunting that runs together seamlessly.

Unlike a lot of battle royale and survival games, there isn’t quite that same feeling of isolation – not with AI mobs of Scourge and Outlanders populating the planet as well as wildlife waiting to be carved up.

In order to bring this busy world to life – complete with online multiplayer – the team at Midwinter are relying on SpatialOS, Improbable’s multi-server solution to creating the next generation of online gaming experiences.

This is still an early build of the game and despite some rough edges it’s pretty convincing. Scavengers will be going into testing soon and Midwinter already has plans to extend the character roster and expand the game’s current map.

It still has a way to go, and will hopefully string its inventive features and systems together in a more seamless package as we approach launch in 2020.