When game companies become successful, they tend to breed offspring. That’s the case with veterans of Blizzard Entertainment and Epic Games, who have raised $5 million to open a new studio called Lightforge Games.

The new studio is based near Epic Games in Raleigh, North Carolina, and its quest is to change how role-playing games are made. The team is developing a new cross-platform, social video game where players have the power to create worlds and tell stories with freedom.

CEO Matt Schembari said in an interview with GamesBeat that the company is hiring people for remote jobs.

“Our blended DNA from both Blizzard and Epic extends to the entire studio at this point,” Schembari said. “About a year ago, a bunch of us got together and have been operating quietly, building up the company and our early game prototypes. We’re testing and validating crazy game ideas that we have been coming up with.”

While he isn’t talking about the game yet, Schembari said the game will be highly social and creative and it will run across multiple platforms.

“We love experiences where players can come together and build worlds together, create stories together, tell stories together, where they’re able to have this kind of emergent gameplay. Telling stories together is really the part that we’re most focused on,” he said. “We really believe that there’s no barrier between creation and play. It’s not user-generated content in the classic sense of you create something and then you publish it and people can download it. It’s a different kind of model than just UGC.”

The funding came from Galaxy Interactive, NetEase Games, Dreamhaven, Maveron, 1UP Ventures, and angel investors from the gaming and tech industries.

One of the surprises is that Dreamhaven is another game startup itself, started by former Blizzard president Mike Morhaime and Amy Morhaime. In a statement, Mike Morhaime said that Lightforge is creating a game in a space with a lot of potential and he is excited about the team’s vision. 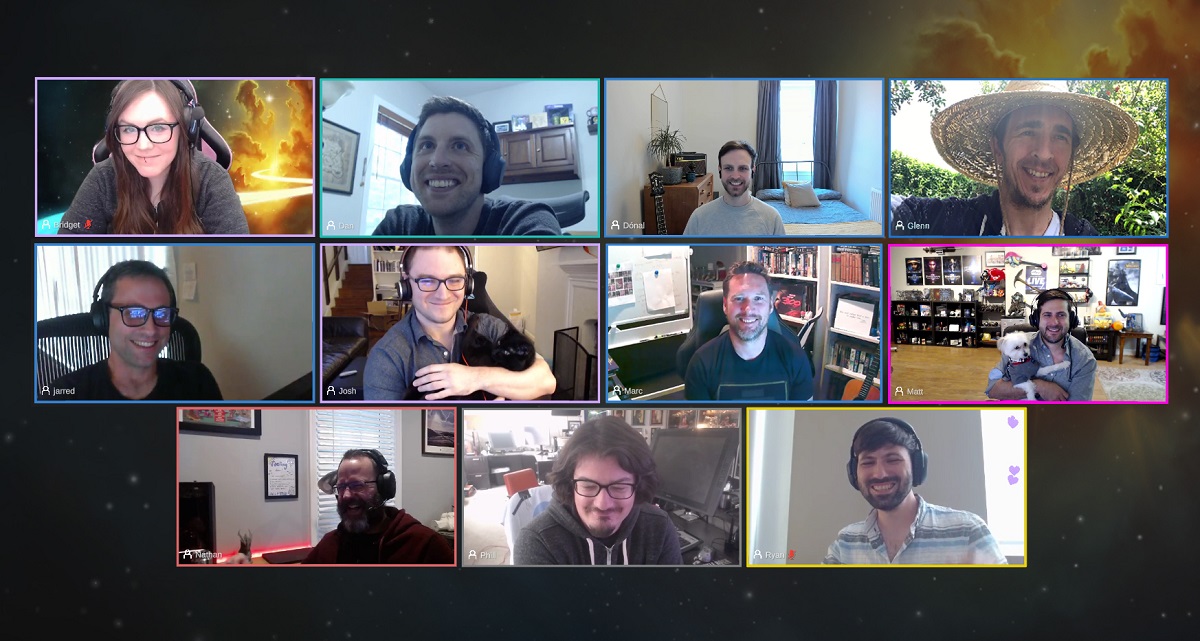 Schembari has 20 years of experience and he shipped games played by millions as former lead engineer at Blizzard and director of user interface at Epic Games, where he led the Fortnite platform team.

Other founders include Dan Hertzka, Nathan Fairbanks, Glenn Rane, and Marc Hutcheson. Hertzka is engineering director and he led a team at Fortnite that added the client social layer to the battle royale game. Fairbanks has been games for 13 years and has worked on titles such as Fortnite, Star Wars: The Old Republic, and Elder Scrolls Online. He is serving as studio director. Rane is art director and he has worked on World of Warcraft, Hearthstone, and Diablo Immortal. Hutcheson is product director and he has 18 years of experience in marketing and publishing games such as World of Warcraft, StarCraft II, Overwatch, Diablo III, Fortnite, and Hearthstone.

Lightforge has a total of 11 people and is on the verge of hiring three more. The team brings decades of experience from Epic, Blizzard, Riot, Bioware, and Zenimax Online and have shipped top games such as Fortnite, World of Warcraft, Diablo 3, Star Wars: The Old Republic, Hearthstone, the StarCraft 2 trilogy, Overwatch, Elder Scrolls Online, and more.

Lightforge is an all-remote studio where employees can work and live nearly anywhere. Schembari said that his startup received multiple offers and went with Galaxy Interactive as the lead investor because of their understanding about games and online communities.

“We are all remote and have been since the very beginning and this is something that was really important to us,” Schembari said. “One of our values is to really think about embracing empathy with everything we do. And, in particular, in the case of being all remote. We’ve all lived the experience that one of the most disruptive things you can do to someone’s life is to ask them to relocate for a job. And that was something that we really just strongly didn’t want to do. We are now at a point both technologically and culturally where you can totally work remotely.”