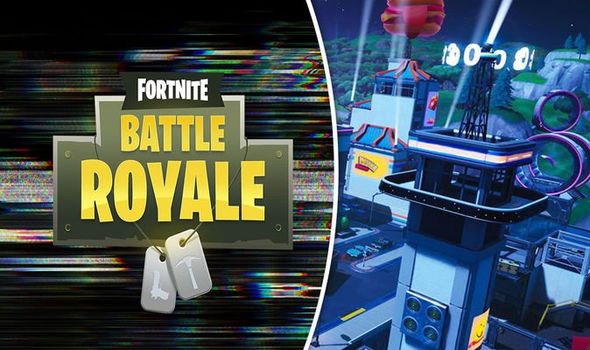 Epic Games releases seven Battle Royale challenges each week. Three of the weekly challenges are available for free and the other four challenges are exclusive to Battle Pass users.

The challenges are also separated into hard and regular tiers of difficulty.

Earning Battle Stars levels up your Battle Pass, which is how you unlock all of the skins, emotes and items available with the Battle Pass.

If you complete all of the weekly challenges you’ll even unlock a special Fortnite loading screen containing a clue to another Battle Star or Banner.

One challenge that might prove a bit of a head scratcher is the task of visiting three different clocks. 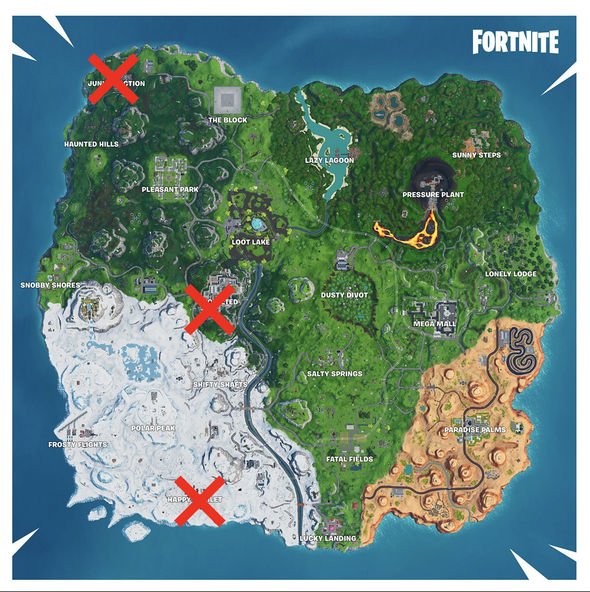 Fortunately, this challenge is pretty straightforward once you know where to look.

As you can see from the map above, clocks can be found in three different points of interest on the island.

One clock can be found in the north part of the map, within Junk Junction. It’s hidden just around the corner from the crane.

Another clock is in the central square of Happy Hamlet, and there’s a digital clock that’s pretty easy to spot in Neo Tilted.

• Use a Volcano Vent, Air Vent, and a Zipline in a single match – 10 Battle Stars