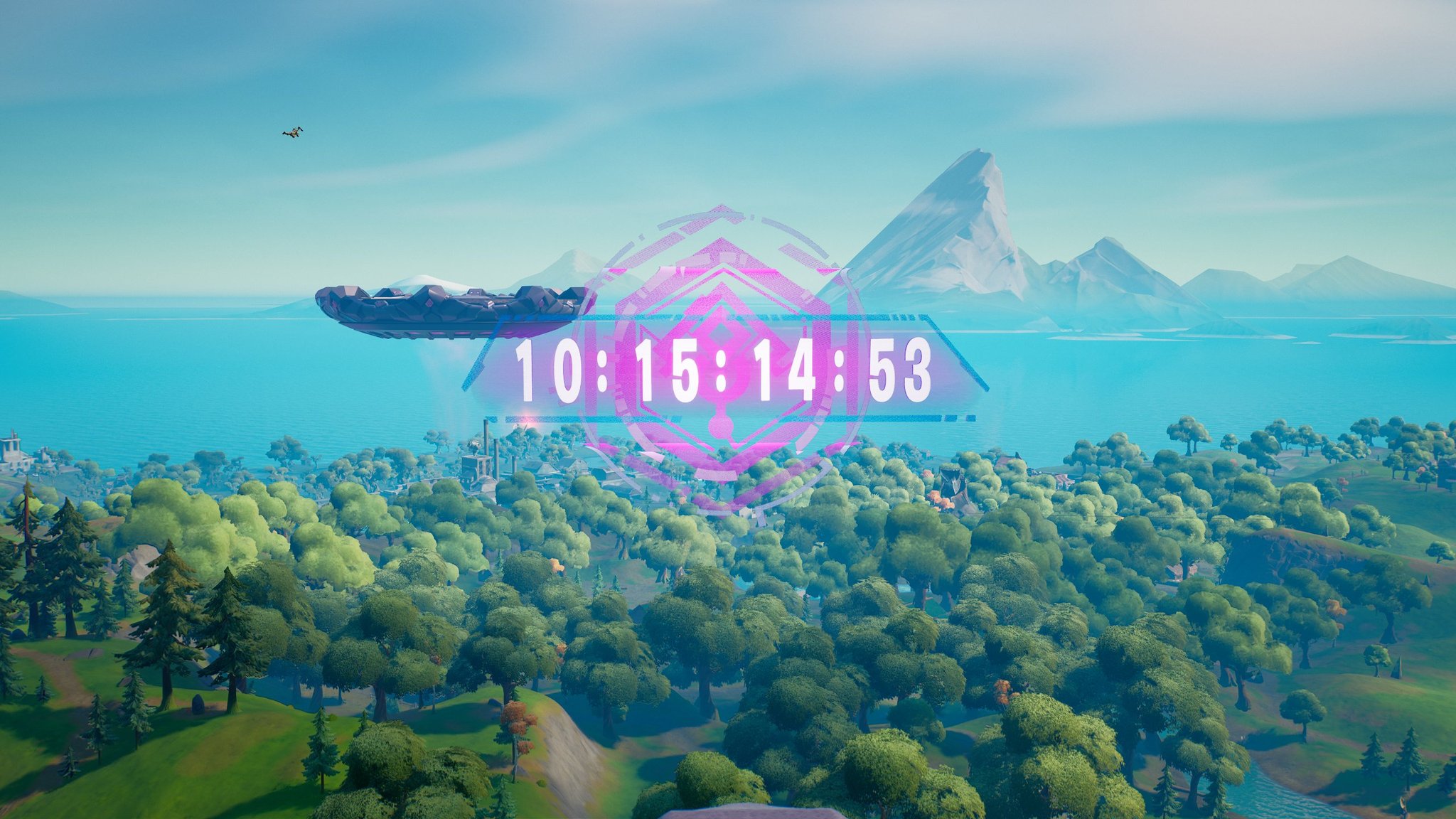 Season 7 still isn’t due to end for a while, but Fortnite is gearing up for another of its in-game events, possibly a new music concert.

Aside from being one of the most popular video games on the planet, Fortnite has also become the perfect place for musicians to hold live virtual concerts that anyone can attend.

While the next one hasn’t been officially confirmed yet, it’s possible that it could take place next week, as an in-game countdown can now be spotted hovering over the island.

As can be seen in an image shared by gnanewsco on Twitter, the countdown is set to end next Friday, August 6. Epic itself hasn’t commented on its inclusion, but the general assumption is that it’s counting down to the next live event.

The leak has some credibility since the court case between Epic and Apple saw a number of documents leaked online. Among them was a list of ideas for new Fortnite skins, one of which was Ariana Grande herself.

That said, with Season 7 having an alien invasion theme, it’s unclear how Grande’s concert will tie in with that. Although Travis Scott’s concert didn’t really have anything to do with the secret agent-themed Season 2 so maybe Grande’s will be otherwise unrelated as well.

It has been quite a while since Fortnite’s last major event. In fact, the last one was the finale to the Marvel-themed Season 4, where players teamed up to stop the world eater Galactus.

There have been a few smaller events in the interim. The most prominent one was the climax to Season 5, otherwise known as Zero Point. It is so far Fortnite’s only single-player event, providing more lore on the game’s story and leading into Season 6.