Fortnite developer Epic Games has released the latest batch of weekly challenges on PS4, Xbox One, PC, iOS, Android and Nintendo Switch. Despite boasting the Trick Shot title, the new challenges don’t actually involve any trick shots, barring traditional elimination tasks with specified weapons. Instead, players will need to forage for apples, visit named locations and dance at the Pipeman, the Hayman and at the Timber Tent.

The brand new Fortnite challenges reward players with lots of XP to help fill up the Battle Pass.

Completing the full set of missions also unlocks the latest loading screen, which contains a clue needed to solve the final Week 7 challenge.

To complete all of the weekly challenges, players will need to rack up eliminations while at 50 Health or less, consume Forage apples at The Orchard and gain Health with a Small Fry, a Flopper and a Slurp Fish.

Another challenge tasks players with killing opponents at Weeping Woods or a Landmark, which could be combined with the pistol eliminations challenge.

One of the more interesting challenges tasks players with dancing at the aforementioned Pipeman, the Hayman, and the Timber Tent. Fortunately, this challenge is pretty easy if you know where to look. 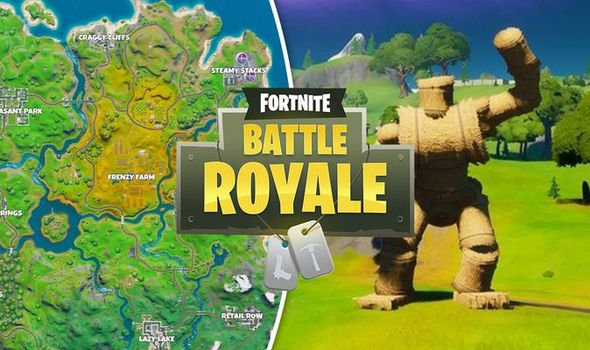 First up is the Pipeman, which can be found at the southern point in the map, just south of Misty Meadows. You’ll know it when you see it, because, well, it’s a big man made out of pipes.

Next up is the Hayman, which naturally can be found in Frenzy Farm. Just head to the south of the farm where you’ll see the Hayman in all its glory.

Finally, the Timber Tent can be discovered in the western section of the map, just to the south of Sweaty Sands. You can see all of the locations by checking out the map below.

You’ll need to dance at each of these locations in order to complete the challenge, although you don’t have to do it in the same game. 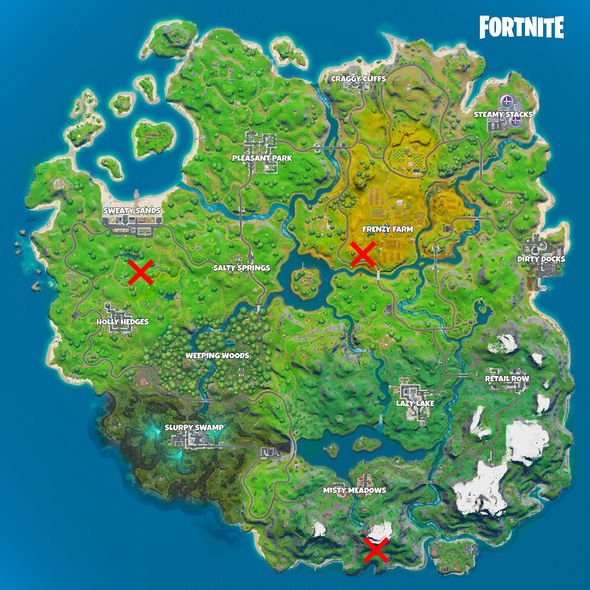 • Consume Forage apples at The Orchard (3)

• Eliminations at Weeping Woods or a Landmark (3)

• Dance at the Pipeman, the Hayman, and the Timber Tent (1)

• Gain Health with a Small Fry, a Flopper and a Slurp Fish (1)

• Save yourself from fall damage by landing in a Hideout (1)

• Search the hidden ‘T’ in the Trick Shot Loading Screen (1) 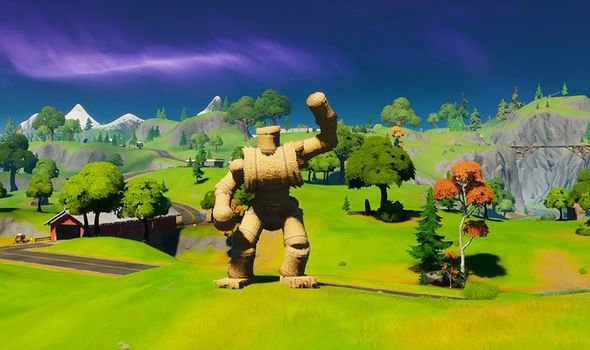 The challenges launch just 24 hours after Fortnite was given a major update by Epic Games.

Fans can also search for skins and items based on the season they were released, which should make it easier to find your favourite in-game outfits.

Daily challenges also made a surprise return, so there are lots of tasks to complete if you want to level up the Battle Pass and unlock all of the game’s rewards.

Following the release of the update, fans also discovered lots of new skins, items, loadings screens and challenges within the game files.

New skins include the demonic Kurohomura and Dominion outfits, as well as the festive Globe Shaker skin.

Fans will also be able to grab The Autumn Queen skin and the Terns costume, which are both linked to nature.

The new costumes will be available to purchase within the coming few weeks, so keep an eye out for daily shop updates.