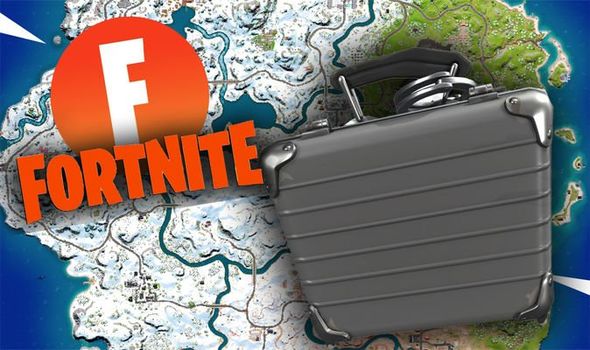 The Week 1 seasonal quests are designed to show off some of the new features and locations in Chapter 3.

For example, one of the Quests challenge players to damage opponents while sliding. To slide, players must hold the crouch button while running.

Other week 1 Quests task players with jump through flaming rings in a vehicle, which are found in the desert area towards the south.

You can earn another 25k XP by landing at the Daily Bugle and then finishing in the top 25.

Needless to say, there’s a challenge in which players must discover ten new locations, which is a great way to explore the map.

Finally, you can earn a boatload of Battle Pass XP by discovering ‘The Device’, which can be found in the centre of the map (below).

As you can see from the video below, this challenge is pretty straightforward if you know where to look.

Just set your marker to the spot highlighted on the map above, and look out for a briefcase containing The Device.

The Device can be found in a building within an outpost for Fortnite secret group The Seven.

Just head into the western building and you’ll discover The Device pretty much as soon as you enter the doorway.

Check out the video below if you need some extra help.