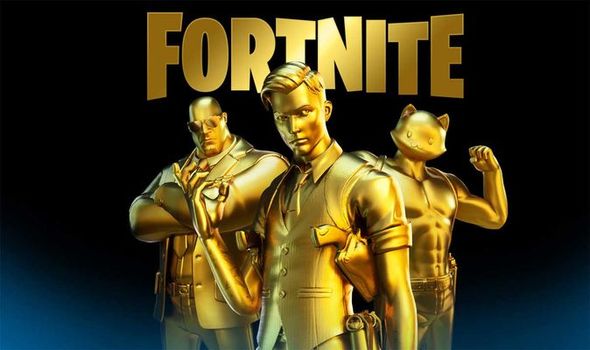 The next Fortnite update is scheduled for release on PS4, Xbox One, PC, Nintendo Switch and Mobile later today, Tuesday, May 26, 2020. Epic Games has also confirmed they will be shutting down servers, meaning the game will be unplayable for some time. This could be one of the last big patches of Chapter 2 Season 2, with the countdown to Season 3 now ongoing.

A new end of season event is also being worked on and there could be some big news found by dataminers regarding Doomsday.

Epic Games has yet to announce its plans for its next event, but they have provided some big hints.

Recent leaks suggest Midas will be behind the Doomsday event, which is expected to flood and possibly submerge parts of the island.

Underwater hatches surrounding the Agency have reportedly been activated, while update 12.60 game files suggest that some kind of flooding will take place soon.

And it appears that this big Fortnite event will take place on May 30, which means big things are being planned for this weekend.

Fortnite update 12.61 is also expected to include a range of bug fixes and some new outfits for the item shop.

The only downside with today’s update is that it means the game servers will be unavailable for several hours.

The good news is that we know what time Fortnite downtime will be starting, and they have also given a rough outline for how long it might last.

WHEN ARE FORTNITE SERVERS GOING DOWN?

According to Epic Games, Fortnite servers are scheduled to go offline on Tuesday, May 26, on PS4, Xbox, PC, Switch and Mobile.

This means that Battle Royale and Save the World modes will be unplayable for the duration.

Epic estimates downtime could last up to three hours, however, it’s more likely that everything will be completed much sooner.

Recent updates have only taken around an hour or two to deploy but it will all depend on how many fixes are included.

Epic Games has confirmed that Fortnite server downtime and maintenance will begin at 7am, GMT.

This means that Fortnite will be unavailable in the United States from 2am ET onward, for however long maintenance lasts.

An update will be shared on Twitter when Fortnite servers are going offline, and another will be posted for when they are back online.

After being extended by more than a month, Epic Games has confirmed its plans to end Fortnite Chapter 2, Season 2.

The season extension was announced by Epic Games earlier this year: “We’re extending Chapter 2 – Season 2 of Fortnite beyond the original April 30 date.

“Before then, there’s lots of content coming in the current Season. We have multiple game updates on the way that will deliver fresh gameplay, new Challenges, bonus XP, and a couple more surprises up our sleeve!”

More news regarding Fortnite Season 3 is expected to be announced by Epic Games in the coming weeks.