Fortnite event time: When is the Fortnite live event, is it coming out before Season 6? 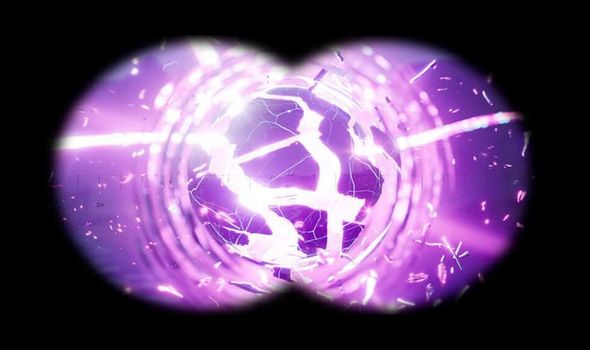 Epic Games is releasing a big Fortnite live event in March, and gamers will be able to watch the big premiere very soon.

Things are going to run differently from previous seasons, with Fortnite Season 5 ending with some unique differences.

The finale of the Fortnite Season 5 Zero Crisis will include Jonesey attempting to complete his mission of stabilising reality.

The next Fortnite Live Event will be playable at the start of Season 6, making it a more interactive experience.

But before that happens, it will also be available to watch before the end of Season 5 and ahead of the new Zero Crisis Solo Mission.

It means things will be running a little differently for Fortnite fans during the end of Season 5.

WHAT TIME IS THE FORTNITE LIVE EVENT?

The new Fortnite Live Event premiere will be watchable before the end of Season 5, with the start of Season 6 scheduled for Tuesday, March 16.

And with no new broadcast appearing online during the weekend, Epic Games has only 48-hours during which they can share the new footage.

We don’t have an exact release date for when this new experience will be available to stream, but Epic Games has confirmed that fans will be able to watch it before Season 6.

Based on previous events, the next Fortnite event time could happen between 6pm GMT and 9pm GMT on March 15.

Alternatively, Epic Games could choose to release the new Fortnite event premiere just before Season 6 kicks off, perhaps from 6am GMT onwards on March 16.

The good news is that Epic Games will announce its plans before releasing the new content, meaning we should find out in the next 48-hours.

Servers are expected to be taken offline, which could be a good time to share the latest on Fortnite Season 6.

There has been no news on how long downtime will last but gamers can expect some hefty Fortnite maintenance around the launch.

Season 6 could be available to start across all platforms before 1pm GMT on March 16, but it will be up to Epic to provide its release schedule beforehand.

And with this latest event being treated differently from past ones, fans will need to keep a close eye on the latest Fortnite news.

The latest on the Fortnite Season 6 from Epic Games reads: “The Zero Point grows more unstable! With Chapter 2 Season 6 starting on Tuesday, March 16 2021, here’s some important things to know ahead of launch.

“Chapter 2 Season 6 launches on March 16 with the explosive conclusion of the events of Season 5. When you first launch into the new Season, you’ll play through the conclusion of Agent Jones’ mission in the Zero Crisis Finale. The aftermath of this event is sure to shape Reality as we know it.

“Don’t worry, the Zero Crisis Finale is a solo experience and you can play through it whenever you first log in during the Season. Want to watch it online first? We’ll share details soon on how you can watch the global premiere with everyone, beginning with our most ambitious story cinematic yet.

“With the fate of Reality at stake, here are a few tips before the end of Season 5 and we’ll see you on the other side.”

The Fortnite Season 6 release will be packaged as part of a bigger update, with a fresh storyline and Battle Pass to buy.