Fortnite fireworks along river bank: How to complete 14 Days of Summer challenge 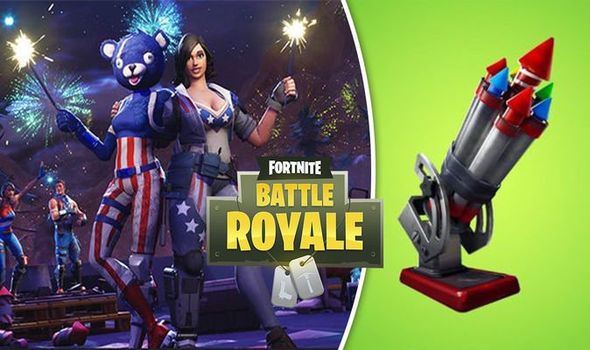 As the name suggests, the 14 Days of Summer event lasts for two weeks on PS4, Xbox One, PC, iOS, Android and Nintendo Switch.

“Heya folks, it’s time to soak up some rays during Fortnite’s 14 Days of Summer,” reads an Epic post. “Each day, drop into Fortnite for something new.”

As part of 14 Days of Summer, Epic will make a new or returning LTM available to play for each day of the event.

New items and skins will be available from the in-game shop, but perhaps most exciting of all is Epic’s plan to unvault a weapon every day.

The only drawback is that these weapons will only be available for 24-hours before returning to the vault.

As an added bonus, Epic will release new challenges throughout the course of the event, which will net players a special reward.

Perfectly timed for the 4th of July celebrations, the latest challenge tasks players with launching fireworks found along the river bank. 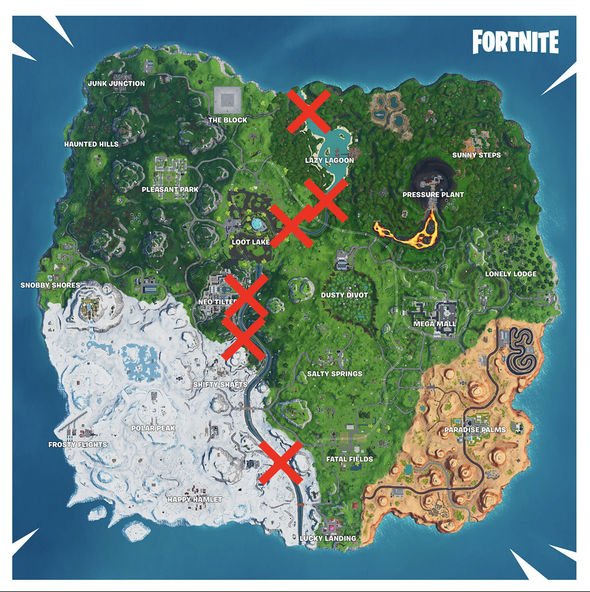 This challenge is actually a lot harder than it looks, because there are only a limited number of fireworks on the map and they don’t regenerate.

We’ve marked the locations of the fireworks on the map above, but you’ll have to act quickly before other players get a look in.

You’ll need to launch three fireworks in total, although fortunately you don’t have to launch them in the same game.

The reward for completing the challenge is the awesome Low ‘N Slow Pickaxe, so it’s definitely worth doing.

• Eliminations with the daily unvaulted weapon or Drumgun (5)

• Hit a player with a water balloon in different matches (3)

• Bounce off a giant beach umbrella in different matches (3)

• Score trick points with a driftboard with the Neon Tropics applied to it (250,000)