Fortnite Gold Bars: What are Gold Bars used for in Fortnite Season 5? 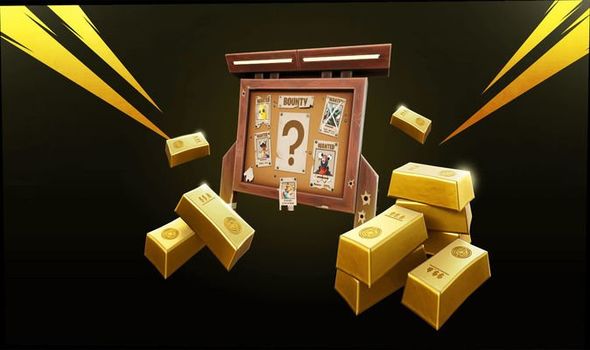 While Fortnite Season 5 is going to be packed with new mysteries to solve and new cosmetics to unlock, the new Gold Bars are relatively straight forward.

So for those gamers wondering what Gold Bars are for in Fortnite Season 5, the mystery is pretty easy to solve.

Unlike with the big Marvel crossover of previous months, this new season of Fortnite is focusing more on the on-going story.

This includes Agent Jones trying to sustain the loop and this includes recruiting some big-time Bounty Hunters to help.

A message from Epic Games explains: “The zero point is exposed, but no one escapes the loop, not on your watch. Join agent jones and the greatest hunters from across realities like the Mandalorian in a chaotic battle that will shape the future of the island…

“New hunters means new locations from beyond the loop. Battle for honour in an ancient arena, sharpen your survival skills in the jungle, and explore the shifting crystalline sands flowing from the exposed zero point.

“As a hunter, it’s your duty to help the island’s characters in their unstable new reality. take on their quests and bounties, get intel on your surroundings, or hire them to be your ally. Don’t want to negotiate? Challenge them to a duel and reap the rewards.”

Which brings us to the new Gold Bars in Fortnite and what you’re supposed to be using them for during Season 5.

WHAT ARE GOLD BARS FOR IN FORTNITE SEASON 5?

While there are now plenty of Bounty Hunter skins to choose from, you don’t need one to play the role yourself.

Players can find special Bounty Hunter locations dotted across the map which includes NPCs that hand out Bounties.

You can find them by looking for speech bubbles in the distance, and clear sign that someone wants to chat.

After tracking down a Bounty Hunter, you can choose a Bounty to undertake, with a limit of one at a time.

Completing these Bounties will earn you gold bars, the new item that everyone wants to know more about.

Fortnite Gold Bars will also drop after you kill another player and they can also be found scattered across the map.

This makes it possible for everyone to collect Fortnite Gold Bars, regardless of your skill level.

And you might expect, Fortnite Gold Bars are attached to the Bounty Hunters you find around the map.

Gold Bars can be exchanged with these NPCs to redeem exotic weapons and powerful upgrades, as well as providing map intel that could prove useful.

NPCs can also be recruited to help you as you take on the Fortnite Battle Royale challenges, but these services are known to cost a lot.

A message from Epic Games adds: “The New Characters Only Accept One Form Of Payment: Bars! Earn Bars By Completing Quests And Bounties, Eliminating Players, Or Finding Hidden Stashes Around The Island. Spend Your Earned Bars On New Exotic Weapons, Upgrades, Intel, Services And More.

“The Hunters On The Island Are Only The First To Arrive From Outside The Loop… Throughout The Season, Agent Jones Will Bring In Even More Hunters From The Realities Beyond. Who Will Be Next?

“New Weapons Let You Attack In Novel Ways. Unleash Your Fiery Rage With The Dragon’s Breath Shotgun, Switch Between Melee And Ranged With The Mandalorian’s Amban Sniper Rifle, Track Your Target With The Night Hawk, And More.

“Hunters And Vendors Are Also Working To Bring You More Weapons Throughout The Season, So Keep An Eye Out!”