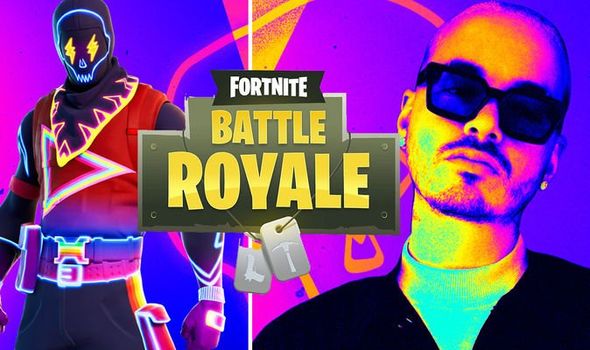 Fortnite developer Epic Games is getting ready to hold a big concert in Party Royale.

The Halloween event takes place at 9pm ET in the US, which means UK fans will have to wait until 1am GMT on November 1.

“The party begins at the Main Stage in Party Royale on October 31 at 9 PM ET.”

While UK fans will have to stay up late to watch the debut concert, Epic is planning an encore performance later in the weekend.

You can even watch the concert with friends on mobile by logging in to the Houseparty group video chat app.

Epic is also giving away a free reward for watching the concert – no costume required.

“When the Afterlife Party premiere wraps, you can catch rebroadcasts of J Balvin’s performance on November 1 at 1 PM ET and 6 PM ET (10 AM PT and 3 PM PT) — again at the Main Stage.

“You can also watch the premiere and the 6 PM ET/3 PM PT rebroadcast with your friends on mobile on the Houseparty group video chat app!

“Want to wear a costume to the party? A new nightlife take on a Fortnitemares favorite, the Party Trooper Outfit is available in the Item Shop now all the way through November 1 at 8 PM ET!

“As a souvenir of your journey with J Balvin into the netherworld, all Party Trooper owners who attend any of the Afterlife Party showings in Fortnite will unlock the exclusive J Balvin style. (Wearing the Outfit to the show is optional for unlocking the style. Bring any spooky Outfit you’d like!)”

The Fortnitemares in-game event comes to an end a few days later on November 3.

As part of the event, players killed in battle with come back as ghostly agents of Midas.

As ghosts, players have a new range of powers, including the ability to pass through walls and doors.

Ghost agents can also regain health by consuming items, and can highlight living players on the map.