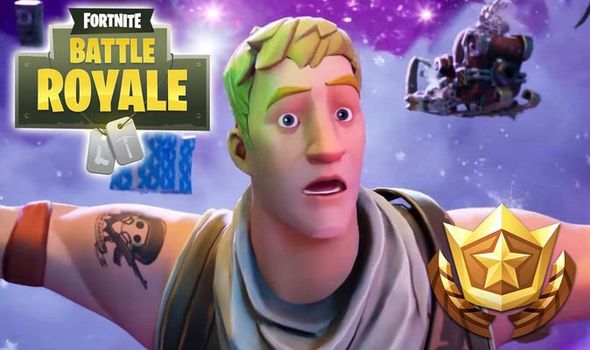 Fortnite challenges have been given a shake-up for season 10, with the free and Battle Pass challenges replaced with the new missions.

As you can tell from these titles, each set of missions is based on a different theme.

Besides shaking up how how challenges work in Fortnite, it also makes it more difficult to predict which missions could go live next.

However, previously challenges were labelled by the relevant week number when they would go live.

So it was clear when these datamined assets would go live in a Fortnite Battle Pass.

This time round, due to the way the Fortnite challenges are labelled, it’s harder to predict when these challenges could go live.

HYPEX revealed the names for the different mission sets as well as the accompanying challenges – but some of these tasks appear to be placeholders.

Two of these mission sets – Road Trip and Rumble Royale – have already gone live so it seems like Worlds Collide or Spray & Pray could be next.

The Worlds Collide leaked missions appear to be placeholders, so here are the Spray & Pray challenges that were leaked…

• Spray a Fountain, a Junkyard Crane, and a Vending machine (1)

• Deal damage to opponent structures with a Minigun (3,000)

• Eliminate opponents with an SMG less than 15m away (3)

• Eliminations with an SMG in a single match (2)

• Search Chests inside containers with windows (5)

• Eliminate opponents with an SMG less than 5m away (5)

• Eliminate opponents in Tilted with the Tilted Teknique outfit (5) 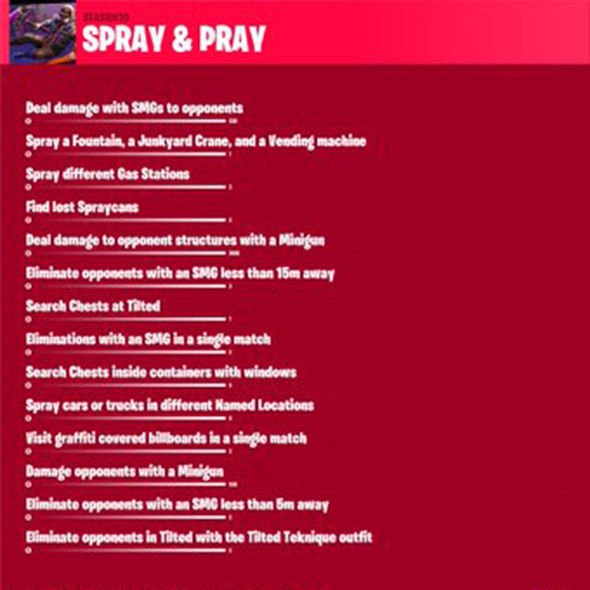 It remains to be seen whether Worlds Collide or Spray & Pray are the Fortnite season X missions that go live on Thursday.

We’re in uncharted territory here, with this being the first time we’ve gone to a new week of missions since Epic Games shook up how challenges work.

Either way, if Spray & Pray or Worlds Collide challenges do not go live this week they should do in the future.