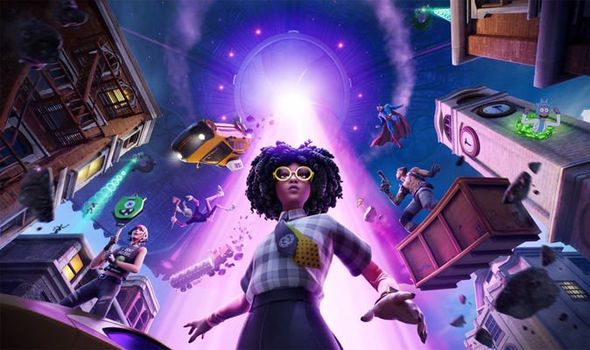 Fortnite developer Epic Games is gearing up to launch a new season of Battle Royale.

The new season kicks off with Fortnite update 17.00, which will be available on PS5, PS4, Xbox Series X, Xbox One, Nintendo Switch, PC and Android.

Season 17 has a June 8 release date, and will coincide with a period of server downtime, which starts at 7am BST for fans living in the UK.

While there’s no official downtime schedule, maintenance is expected to end at around 9am. Provided you’ve downloaded update 17.00, Season 17 will have a 9am start time.

“With the launch of the new Season, please note that patch sizes will be larger than normal on all platforms.”

As you can see from the update 17.00 patch notes below, the new season launches with a brand new Battle Pass, complete with a host of exclusive skins, items, emotes and more.

New skins are rumoured to include Rick and Morty, Loki, and DC icon Superman. Then there’s the new Pulsar 9000 energy rifle, which shoots lasers.

Elsewhere, next-gen visuals are coming to the PC version of Fortnite, while users will now be able to cancel a shakedown midway through.

– 100 levels of rewards, including new skins, items, emotes and V-Bucks.

• Cancel your Shakedown of an opponent.

– Hitting Reload or the same button/key you used to pick the opponent up will immediately drop them mid-shake, cancelling any accidental interrogations.

– Players are unable to equip cape Back Blings on the Rachel Roth Style of the Rebirth Raven Outfit.

• Shanty for a Squad Emote out of sync when joining already-singing players.

– The Shanty for a Squad Emote may sound out of sync when players join in on the Emote with already-singing players.

– On XL Islands, the memory size of assets does not display in pre-place mode.

– Players may be unable to perform the Last Forever Emote after selecting it.

– The Item Shop update notice does not clear after visiting the Item Shop.

– Xbox players may be unable to re-subscribe to the Fortnite Crew due to any outstanding balances on the account. The UI may catch players in a loop and will need to be resolved via Xbox’s account management website.

• Unable to fish while inside certain vehicles.

– We’re aware of an issue preventing players from using a Fishing Rod while in the passenger seat of a Motorboat or in the pick-up bed of an OG Bear truck.

– Players will be unable to craft Mechanical Bows or the Primal Fire Bow when playing in core modes after playing in a competitive mode.

• Taking damage through cars while in motion.

– Players may sometimes be damaged through their car’s exterior while in motion.