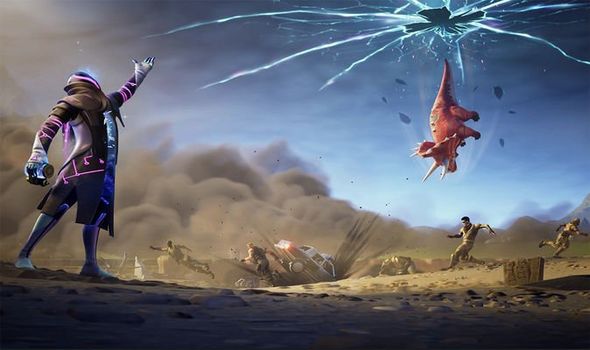 Fortnite update 10.10 has gone live, which means there are lots of leaked skins to check out.

Hardcore Fortnite fans have been sifting through the data files looking for new items, skins and loading screens coming to Battle Royale.

As you can see from the below image courtesy of Lucas7Yoshi, Fortnite fans can expect half a dozen new skins to make an appearance within the shop during the next two weeks.

This includes the Oppressor skin with the Exo Spine harvesting tool, as well as the Shifu skin with Kunai Shield and Wisdom’s Edge.

New emotes include the Infectious dance, Moon Bounce and Very Sneaky, not to mention the Distracted pose.

Other new items include the Angled Fire wrap, as well as Clockwork, White Dragon, Red Camo and Cuddle Camo.

Check out all of the new update 10.10 skins below… 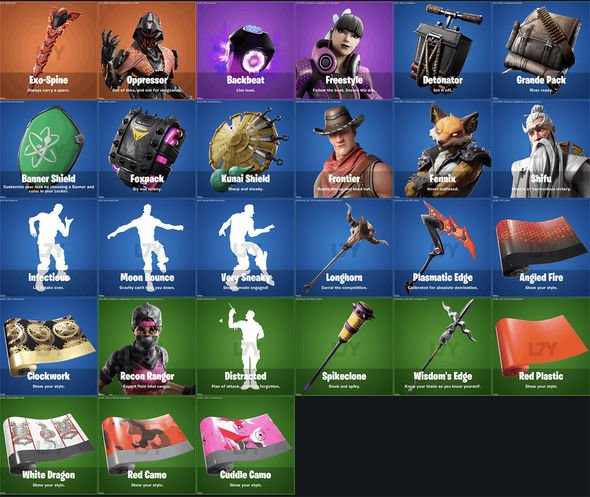 New loading screens have also been discovered, which you can see at the top of the article and below.

Elsewhere, dataminers have posted new leaked challenges for the next two weeks. The challenges will go live on August 15 and August 22, respectively.

Update 10.10 makes changes to the BRUTE mech, which can no longer be used to traverse the map faster than intended.

BRUTE’s have also been given a new targeting laser, which aims to give clarity to all players on where a gunner is aiming their rockets. Needless to say, it’s visible by enemies and teammates. 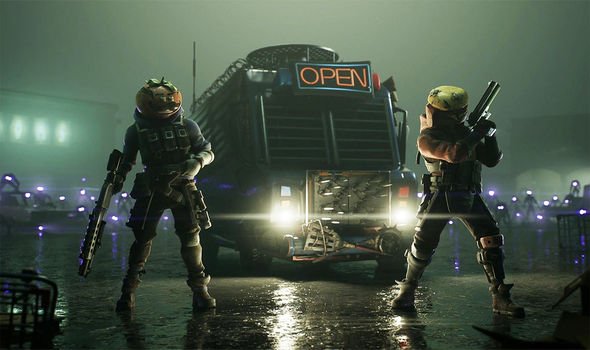 Fiends can drop weapons, consumables or ammo upon being eliminated, and won’t leave Retail Row.

The Infinity Blade also makes a return, although only in the Sword Fight Squads and Duos LTMs.