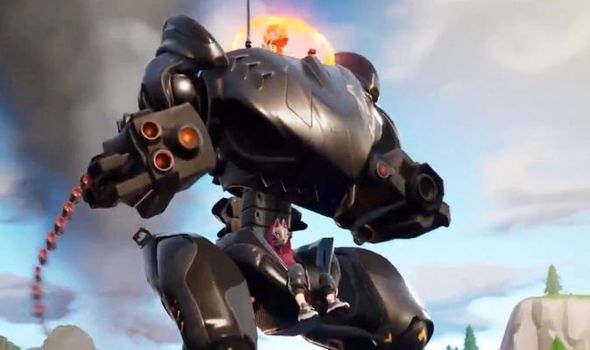 Fortnite fans are counting down to the release of update 10.10.

The first major numbered update of Season X has been given an August 13 release date by Epic Games.

The update will be available to download from 9am UK time on PS4, Xbox One, Nintendo Switch, PC, iOS and Android.

The only bad news is that it will be accompanied by server downtime, which means the game will be taken offline for a few hours.

On the plus side, fans will have a lengthy list of patch notes to check out, not to mention a selection of leaked skins and items to peruse.

That’s according to the Epic Games Twitter account, which tweeted the following: “Patch v10.10 is almost here! Downtime begins tomorrow, August 13 at 4 AM ET (0800 UTC).”

In an unusual twist, the downtime tweet doesn’t hint at the next new item coming to Battle Royale.

It’s possible the update will focus primarily on the BRUTE mechs, which have been getting a lot of hate since the start of the new season.

The BRUTE mech was introduced as a new vehicle at the start of the latest season.

“Few suits make you feel as powerful as a mech suit does,” reads the official description. “In this two-person vehicle players can control its movement while their partner controls its firepower.”

But the new addition hasn’t gone down well with fans, who have complained that it’s overpowered. Things came to a head in recent days, when the ‘Remove the Mech’ hastag started to trend on Twitter.

Fans will be happy to hear that Epic Games has listened to the complains, and has lowered spawn rates in tournament play.

It’s likely the BRUTE mech will be nerfed as part of update 10.10, so check back for the full patch notes to find out more.

Update 10.10 is also likely to mark the return of another classic point of interest.

Indeed, the Rift Portal recently appeared over the Mega Mall, leading to speculation that Retail Row will come back – only with a twist.

Elsewhere, Epic Games is working on fixes for multiple issues, many of which will be released this week.

According to the early patch notes, Epic will fix a problem with the Challenge menu becoming unresponsive and the shop screen flickering.

The turn rate of the B.R.U.T.E.’s turret will also be addressed, as will a mech-based visibility issue.

The full list of patch notes will be revealed on August 13 at 9am BST.