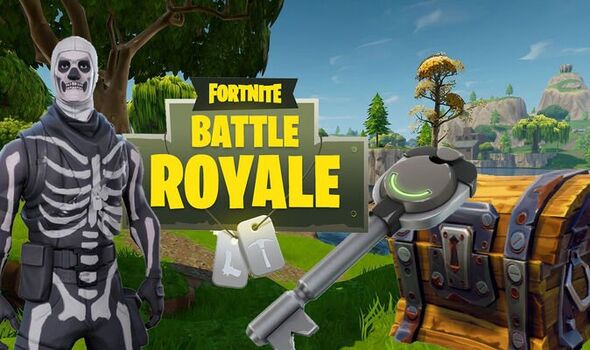 Fortnite developer Epic Games has confirmed plans to release update 22.10 on PS5, PS4, Xbox Series X and S, Xbox One, Nintendo Switch, PC and Android. The first major update of Season 4 has an October 4 release date. The update was originally scheduled to launch alongside server downtime at 9am BST UK time on Tuesday morning. Unfortunately, however, due to an unforeseen issue with update 22.10, Fortnite has been taken offline early.

In a follow-up post, Epic confirmed that while update 22.10 will still launch on October 4, downtime has started now.

“Due to an issue, we are entering downtime early. Update 22.10 will still release tomorrow October 4th,” Epic explains. “We’ll let you all know when downtime has ended!”

Fortnite downtime is expected to come to an end between 10-11am BST, meaning the game will be offline for approximately 12 hours.

Based on Epic’s original teaser, update 22.10 will add a brand new selection of item chests, which can only be unlocked by finding keys.

There’s also a good chance that the Chrome will spread, leading to some brand new points of interest and general map changes.

Expect even more leaks to drop once the update goes live, especially with the Fortnitemares event due to start in the coming weeks.

You can see the remaining Fortnite update 22.10 patch notes below…

– Storm and other game status notifications may appear lower than normal and block some of the screen.

• Reboot card may sink if eliminated in water

– We’re aware of an issue that can cause an allies reboot card to sink if eliminated in water.

• Some trees under the Chrome effect look angular

• Phasing through Chrome areas at the Heralds Sanctum

– We’re aware of an issue that can cause players to get stuck while phasing through some Chrome areas at the Heralds Sanctum.

– We’re aware of an issue that can make the Fire VFX appear to last longer then expected on Chromed building pieces. This is a visual issue only.

• VFX can persist after being eliminated in the vortex

– We’re aware of an issue that can cause players to continue to see the VFX effects after being eliminated in the vortex and entering it again.

• Hair is clipping through headwear on several outfits.

– Several outfits are affected by clipping issues where hair may be found clipping through the character’s headwear.

– Any item spawned using the Item Placer device is not counted by the Player Tracker device, the counter will remain at 0.

– If creators add either the Boulder Physics device or Tree Physics device to their Island and then leave to the hub, the device’s menu will no longer appear after reentering the Island.

Save the World fixes

Trap tiles may not disable when building over them

– We’re investigating an issue where the player can build over a trap while in a dungeon but the previously placed trap will still activate.

– When in the HUD Layout tool players may find that not all buttons will return to their previous position when clicking “Reset to last saved position”.

The keyboard may not pop up for some GeForce NOW players on iOS.

– Players on iOS devices may find that the keyboard won’t pop up when selecting a text field.