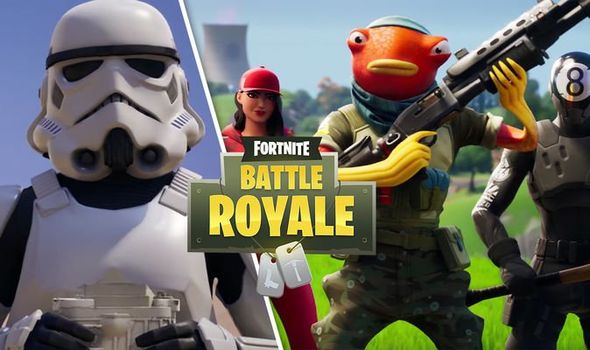 Fortnite fans have been given a very good reason to pick up a copy of new EA release Jedi Fallen Order.

The new Star Wars game made its PS4, Xbox One and PC debut earlier today on November 15.

Anybody who buys a copy of the game from the Epic Store will receive a special Star Wars surprise for Fortnite.

According to a new post on the Fortnite Twitter page, buying the new Star Wars game from the Epic Store unlocks the Imperial Stormtrooper Outfit for free.

The Fortnite x Star Wars crossover promotion runs until November 30, and is applicable to any edition of Jedi Fallen Order on the Epic Store.

“Buy any version of Star Wars Jedi: Fallen Order below and then log in to Fortnite to receive the outfit. See Imperial Stormtrooper Outfit FAQ for more details.”

Perhaps best of all is that the Imperial Stormtrooper skin is linked to customers’ Epic account, which means you can find it in your locker on PS4, Xbox One and PC.

Anybody who already owns the Imperial Stormtrooper skin can also take advantage of the offer.

Instead of a duplicate skin, however, customers will be treated to 1,500 V-bucks – which should net you a decent alternative.

In a post on the Epic website, the publisher warns that Stormtrooper outfits will be removed from accounts if customers get a refund on Jedi Fallen Order.

“If you refund your purchase of Star Wars Jedi: Fallen Order on the Epic Games store, you will lose your Imperial Stormtrooper Outfit in Fortnite or other benefit you may have received in connection with this promotion,” Epic explains.

If you want the Stormtrooper skin but don’t fancy picking up Star Wars Jedi Fallen Order, you can pick it up from the item shop for 1,500 V-bucks.

Despite a lack of patch notes and very few leaks, fans recently discovered plans for a Black Friday sale later this month.

Update 11.11 made a series of bug fixes, as well as minor map changes and gameplay tweaks.

Perhaps the most interesting new development is that fans can manually search for skins.

Secret files were also found relating to Black Friday and Cyber Monday sales. This means cheap skins for the weekend of November 29.