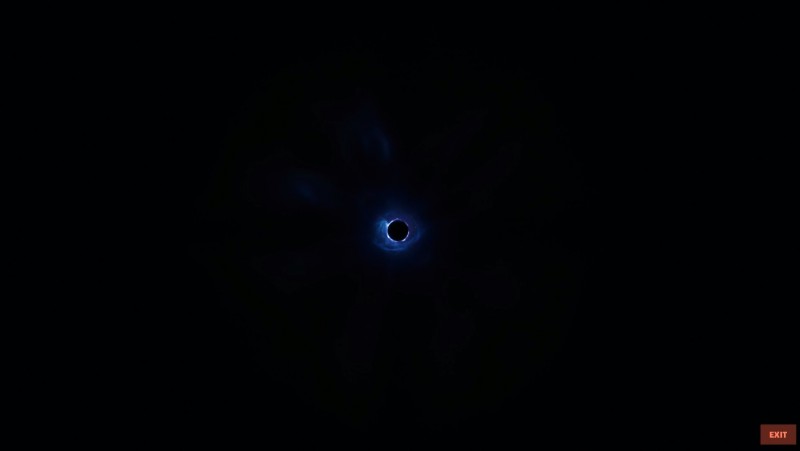 Epic Games is no stranger to using viral events to promote the next season of its popular game Fortnite, but the newest way of hinting at what’s next puts the strange purple cube from last year to shame.

This morning, rockets flew through the map, then converged with a meteor to destroy the game’s world. The event sent every player skyward, then a black hole appeared, consuming the entire game. Now, when you attempt to play Fortnite, you cannot access Save the World or Creative, but when you select Battle Royale from the menu, it tells you a technical error has occurred before the menu is sucked into the same black hole that consumed players earlier today.

You can check out what happened just before the emergence of the black hole through a clip from popular streamer Dr. Lupo.

Once at the black hole screen, you have one option: exit. However, many players have opted to watch the black hole for clues. Every once in a while, the lighting of the screen changes to reveal numbers, but not much else is happening. If you get bored while watching, you can enter the Konami code to unlock an elementary top-down space shooter arcade minigame.

In addition to taking the game offline for now, the Fortnite Twitter account has also deleted all of its tweets aside from its most recent, which is just a livestream of the current game state. As of this writing, the official Fortnite account has over 100,000 viewers as the community attempts to find out what’s next. Additionally, throughout the day, Fortnite has been a top trending topic on Twitter.

You can monitor the current state of Fortnite by checking out its Twitch account below.