FUT 19 Birthday event is about to start with FIFA 19 players set to get brand new Ultimate Team cards coming to the hit footie sim.

One of the big additions is a FUT Birthday Squad which will see 30 Ultimate Team players in FIFA 19 get a stat boost.

A start time for the FUT 19 Birthday event hasn’t been revealed yet but it’s likely to go live in FIFA 19 at 6pm UK time.

That’s the time that the FUT Birthday event from last year in FIFA was launched. 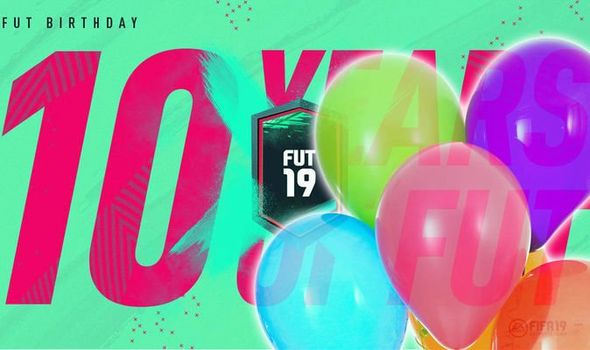 It’s also the time that the FUT 19 Birthday event teasers have been posted on Twitter, which is likely hinting at the start time for the FIFA 19 event.

The FUT 19 Birthday event will last for 10 days and brings with it a huge amount of new content.

The popular Weekly Objective obtainable players will make a return and for the first time ever there will be Twitch drops.

By watching popular streamers such as Castro1021, Bateson87, AA9Skillz, ProownezHD and Bruce Grannec you’ll be eligible for a Twitch drop.

These streams will take place between 6pm and 10pm UK time today and you’ll have to make sure your Twitch account is linked to your EA one.

Engagement rewards will also be on offer, with the rewards linked to the amount of days you’ve played FUT on FIFA 19.

Here are the engagement rewards… 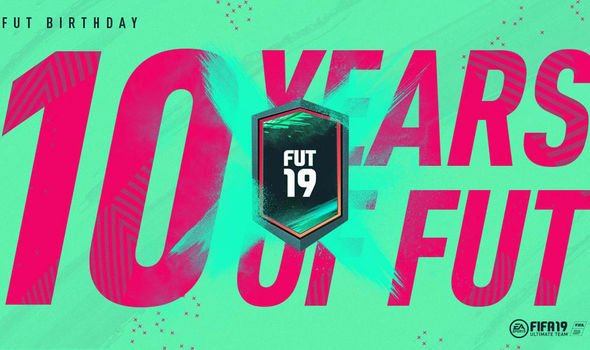 Besides the FUT Birthday Squad there will also be squad building challenges and 10 Prime Icon Moments.

The FIFA 19 FUT Birthday event will be available on PS4, Xbox One and PCs.

Nintendo Switch fans will only have access to the Birthday squad, Birthday Squad SBCs, Puzzle SBCs and engagement reward.

• Stay tuned to Express.co.uk for more updates on the FIFA 19 FUT Birthday event