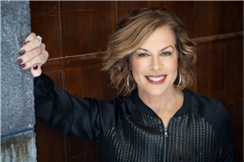 Arons has previously worked at Warner Bros., Electronic Arts, Mattel, and InfoSpace. She last served as general manager of Machinima.

G4 is a TV channel centered around gaming. It originally launched in 2002 and shuttered in 2014, but it is now making a comeback. It will be available through streaming, linear, and OTT channels.

“Russell’s proven expertise in the entertainment and gaming industries makes her exceptionally poised to lead the launch and growth of the return of G4 with a new, digital-first approach,” said Dave Scott, chairman and chief executive officer of Comcast Spectacor, in a press release sent to GamesBeat. “As we proceed toward our launch, Russell’s leadership will ensure that G4 is developing and acquiring creative content that is meaningful and engaging to the growing gaming and pop culture enthusiast community.”