Games Inbox: Is a PS4 better value than a PS5? 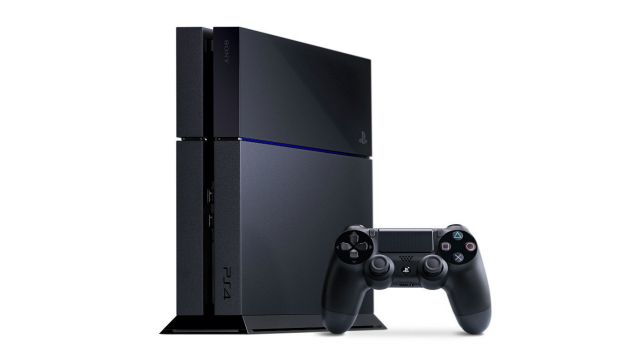 The Thursday Inbox asks how much life is left in the eighth generation of consoles, as one reader enquires about modern PS2 and Dreamcast cables.

For the price
Interesting to see that Sony has started making PlayStation 4s again, just so they have something to sell while the PlayStation 5 is out of stock. I’m lucky enough to have a PlayStation 5 but I couldn’t help thinking about whether buying a PlayStation 4 this year would make sense for someone that had never had one.

I think many people would agree that the PlayStation 4 is one of the best consoles ever made, with a great line-up of exclusives. So I think you could make a good case that it would be worth it for someone that wanted to experience them all. The only problem with this is that The PlayStation Plus Collection contains improved versions of many of them, so that’s the ideal way to play them nowadays.

If only PlayStation had their version of Game Pass it’d be a different story, but while you could certainly get all the games for cheap nowadays they wouldn’t be that cheap if you started getting a lot, so I don’t know. I think in all honesty I’d just recommend waiting and getting a PlayStation 5 when you can. Maybe I did get lucky but all I did was wait for a report of it coming to a shop (GAME in my case) and I picked it up easy.
Bleacher

Family get-together
After 20 years of marriage, I am sadly getting divorced. Nothing can prepare you for how this makes you feel. There are many things I expected but what I didn’t expect was how such a decision ripples through the family – especially children and how they would deal with this.

My brother’s 12-year-old felt particular upset and decided to get us all together on Fortnite. So, at around 7.30pm each night, I along with our children and my brothers son, get together in a world where we can have a laugh, talk, bond, fish, dance to Never Gonna Give You Up and be amazed at how brilliant (lucky) I am at Fortnite.

GC: Best wishes for the future.

Original format
Interesting point that PC owners will miss out on some of the subtleties of God Of War because they haven’t played the originals, which are still PlayStation only. I have to say I’m one of those that doesn’t really understand why Sony are doing these PC ports.

They don’t add anything, they’re years late, and they make the console seem less special by exclusives not really being exclusives anymore. Also, is it only me but I prefer to play a game on its original format, the one that the developer actually designed it for.

It probably doesn’t make much difference to most people but it always feels wrong to me playing retro games on a modern machine or even something like Metal Gear Solid, which is closely associated with PlayStation, on an Xbox console.

You know that the developers were making the games with format and controller in mind and even if I’m fooling myself you can always tell when it’s playing on something else.
Rancho

Conspiracy theory
Is there any merit in the following…

Historically, the high price for a new generation console has lasted a relatively short period of time, as the competition between formats sets in and bites.

Is this slow release of PlayStation 5s and associated games some kind of tactic to create a two-tier pricing scheme and perpetuate the high crossover prices?

Whilst I can understand that the PlayStation 5 is an advanced machine, I can’t understand why production of this unit should be any slower than previous machines.

Is it cobalt heavy? Does it run on uranium?

It seems like tactics, but I may be missing something,
Matt Kirk

GC: Err… the pandemic has caused severe chip shortages for all electronic devices, surely that’s general knowledge by now? Besides, £500 is only £50 more than the standard price – not that Sony sees any of that extra, that’s all down to the shop.

Modern connection
A friend plays PlayStation 1 and 2 games on a PlayStation 2 and he also play games on his Dreamcast and he uses the old style cables to connect to his 4K TV. I was telling him that you can get HDMI cables to connect the old/retro consoles to the new TV, can someone recommend some cables that are not
too expensive and are good quality that he could use? A link to where he could buy them would be helpful.
Andrew J.
PS: The free game on Epic Store on Thursday 13th January from 4pm is Galactic Civilizations 3 but it has been given away free before as it is already in my Epic Store games library.

GC: A reader recommended Retro Gaming Cables and RetroTINK just the other day.

Your sequel is in another decade
I find it very easy to believe that GTA 6 will be Rockstar’s only game this generation. If they had any interest in getting back into making games other than GTA Online I imagine the GTA remasters killed it. We’ll probably get Red Dead Redemption 3 next generation, but I don’t see that coming out for this gen. If GTA 6 isn’t out until 2025 you’re talking something crazy like 2030 for another western.

There’s no point me complaining because it’s not my company and I don’t work that. Obviously, they’re getting in enough money at the moment to not have to worry about anything but I don’t think it’s too entitled of me to be disappointed that all they want to do with their money is put up their feet and make the odd bit of online DLC (and buy Zynga, for some reason?!).

Rockstar has lost a lot of high profile developers in the last few years though so I worry whether they’ve still got the talent needed to make a game up their normal standards. Dan Hauser leaving was the big one but they also lost GTA’s man producer and a bunch of others.

I’m beginning to wonder whether GTA 6 will even happen. It’s like Mario Kart 9 really, where you’ve got this vague sense that you should make a game but what’s the point if people are still buying the old one like it was brand new? I mean, I know it was a slow Christmas but GTA 5 was still the number three seller in December last year!
Steve Bytheway

Worth a punt
Why couldn’t Sony let Bend make DLC for Days Gone? I don’t think they could flesh out a full sequel but a large add-on might be OK and let the story continue, without the need for making a new engine.

It could make the punters happy.
Bobwallett

Stilted generation
I have to wonder how much life is left in the generation eight consoles now. We’re now coming into the second year of the ninth generation, even though it doesn’t feel like it’s started yet, but I can’t think of anything I must have. Aren’t Starfield and Avowed going to be cross-gen? Although that does sound very unlikely when I think about it. And I’m guessing there’s no chance of a PlayStation 4 version, anyway?

Weirdly, it was a fighting game that made me upgrade the past two generations. The promise of Soulcalibur 4 for the Xbox 360 and Mortal Kombat X for the PlayStation 4. Even though the latter could definitely have been done on the gen seven consoles. I wonder what will be the one thing that gets held hostage that forces my hand? I would actually need more substance and single-player vibrancy from both series this time in order to get onboard. I feel that everybody could do more in this genre – but then my feelings on that matter are very well documented by this stage.

It could be something brand new, in which case that’s impossible to predict, or maybe a big role-player this time. That said, from the West, Fable (assuming it turns out to be good) and even Avowed are years away. Then from Japan, Disgaea needs to really buck its ideas up. Persona 6 is a surer thing, but will they even happen on Sony hardware at all? After Disgaea 6 hasn’t turned up on the PlayStation 4 outside of Japan and the new Shin Megami Tensei is a Switch exclusive – is that the future for characterful Japanese role-players?

Then again, considering how long Persona 5 took, I’m not sure if I’ll see Persona 6 within my lifetime…
DMR

GC: It’s funny you sent this the same day Sony started manufacturing the PlayStation 4 again. Starfield and Avowed are only for Xbox Series X/S and PC, as is Fable.

Inbox also-rans
Love your work. I’m seeing mixed dates, but do you have an idea when parcel delivery sim Lake will be released for PlayStation 4 or 5? I’ve been wanting to play it for ages! Cheers for all the great content.
Country Mike

GC: Thank you. Lake is a timed Xbox exclusive, so it’s currently only described as ‘coming later’ to other formats.

This Star Wars: Knights Of The Old Republic remake is starting to sound really odd. So it’s a complete remake with a completely new combat system? And they gave that massive job to a developer that usually just does Mac ports? I feel we’re missing something here…
Trent

This week’s Hot Topic
For the first Hot Topic of the year there’s only one obvious question to ask: what upcoming new game are you most looking forward to?

The official release schedules for the year are already looking busy, particularly in the first half, but try and make sure that whatever games you talk about are either currently promised for 2022 or have a good chance of being released in the next 12 months.