Games Inbox: Will Sony make a Game Pass for PS5? 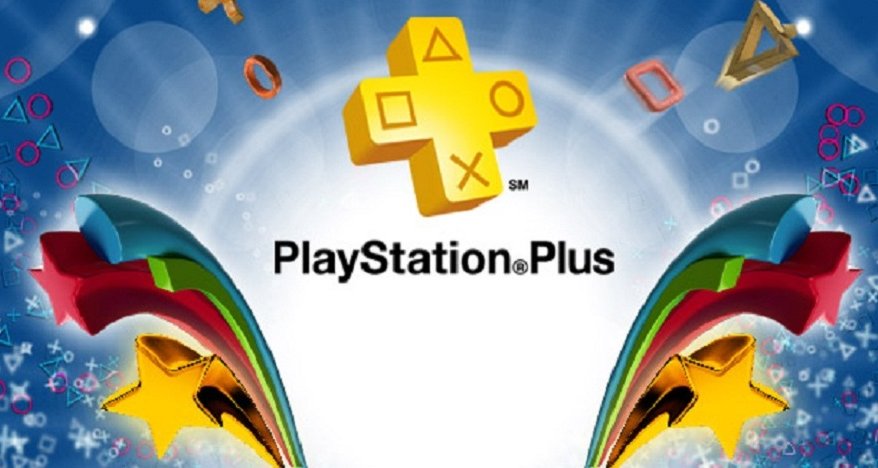 The Thursday Inbox asks why Ubisoft refuses to make a new Splinter Cell, as one reader calls for a Soul Reaver revival.

Second pass
Interesting rumour about there being a more expensive version of PlayStation Plus coming (PlayStation ++?). I have no interest in Crunchyroll (why is it called that?) but surely that wouldn’t be the only thing included as extra? The obvious thing is to wonder whether this is Sony getting ready to offer their version of Game Pass. Personally, I really hope it is.

I realise that they can’t so easily afford to do it as Microsoft can, but I feel if the PlayStation 5 had a Game Pass, where you got all the first party games straight away, then there’d be no question it was the best console to get. Maybe Sony just needs to make their Game Pass a bit more expensive or make less deals for third party games – they don’t really need them anyway, given how good their first party stuff is.

I feel it needs to be done sooner or later because otherwise Microsoft will just embed itself as the go-to choice (I’m not super anti-Microsoft, I’m just saying this from Sony’s perspective). Things are still up in the air at the moment and a PlayStation++ could make Sony’s lead unbeatable.
Grackle

GC: We believe the co-fonder of Crunchyroll also started Greggs (we have no idea about the name).

Zero new games
Why is it I feel some sort of barrel was scraped with Ubisoft All-Star Blast? Are Ubisoft having trouble paying the rent or something, that they need to stoop to this sort of thing? But really, the big issue here is why are Ubisoft so keen on using Sam Fisher in everything but his own game?

I get that stealth isn’t as big as it used to be but so change it up a bit. They’re even talking about making a movie about Splinter Cell but what’s the point if nobody knows what it is? Younger gamers certainly won’t, at which point it just becomes a generic action movie.

They obviously recognise he’s an important character, or they wouldn’t keep using him, but how long is that going to go on for? At least make him an operator in Rainbow Six, I would’ve thought that’d be a no-brainer.
Sorbo

GC: He has been in Rainbow Six Siege but for some reason he was called Zero.

Lost Legacy
I really can’t believe Burnout is the most wanted video game revival around at the moment, let alone some Lord of The Rings real-time strategy I’ve never even heard of. But then I guess we are almost running out of famous games that haven’t been revamped at this point. Even so, I’d say that was a pretty weird list, no matter how many people voted for it.

For what it’s worth, my favourite out of the ones mentioned is Soul Reaver, which I think is a game that really does deserve a comeback. I’m kind of confused as to why it hasn’t already but my guess would be that Square Enix think its story is too complicated and weird. I guess it is very 90s and a bit goth but I really enjoyed it at the time – although I admit I haven’t played it in years.

Considering some of the games that have been rebooted lately, especially from Square Enix, it does seem an odd one to leave out. At the very least they could just create a new Legacy Of Kain game but I don’t’ think they’ve ever even hinted at it.
Benson

Plan A
With this new Black Panther DLC coming out I’d be interested to know what the plan for Avengers was before the pandemic. Perhaps I’m being generous assuming that there used to be a better plan but they did say Spider-Man was coming in the first half of the year and that obviously didn’t happen, in fact it hasn’t even been mentioned again since.

So should we have had a bunch more heroes and villains by now or was fighting dumb robots for 95% of the time always meant to be the plan? It is such an odd game is so many ways. The combat is really good and yet everything about the way the missions are designed just encourages you to treat it as a button-masher.

Even if the pandemic did causes problem it still seems like the idea to go with two Hawkeyes as the first new characters was always the plan, which is just… why?
Gorgon

The new Fortnite
I would be very interested in seeing Epic Games do something new with Fortnite and an open world role-player sounds like just the thing. I’m thinking like a cross between GTA Online and a co-op Fallout. Fortnite is such an odd game because despite it being so big I really didn’t have any idea those characters had names. I didn’t even know there were characters in Fortnite, other than the licensed ones.

It’s not for me, since I’m not great at shooters, but it all seems to have a good sense of humour and it’s a lot less edgy than Call Of Duty: Warzone, which I guess is aimed at slightly older kids. I’ll admit I expected it to fall out of favour years ago but the amount of work they put into it is really impressive.
Jay

Switch Micro
With all the talk of the Switch Pro I don’t think I’ve seen anyone consider if Nintendo could go the other way an make a version of the console that was purposefully even smaller and cheaper. The Switch Lite is good value but it’s not particularly small – it certainly doesn’t fit in your pocket or anything – but what about a console that did?

The Game Boy Micro may be my favourite portable ever and while they couldn’t go that small with the Switch, because of the size of text and interface on modern games, I’d love to see them try to get as close as they could.

I do think this is something Nintendo might consider, given their previous models of other consoles and I know I’d appreciate it. People say it’s impossible to predict Nintendo but they don’t try very hard when all they do is imagine them doing the obvious, when it’s never the obvious.
Korbie

Unwelcome surprise
Just a quick message to say you have missed off the Zelda Game & Watch from your release schedule list and that you have listed Hades on Xbox only, but it is also coming out on PlayStation 4 and 5 on August 13th.
Andrew J.
PS: Rebel Galaxy is free on Epic Store from 4pm on Thursday 12th August. It has been given away free by Epic before though, as it is in my library already.
PPS: Will you be reviewing Glitchpunk which has been inspired by GTA 2, it came out on Wednesday, it looks quite good.

GC: When it’s further out than six weeks, the release schedule is only for notable releases. The Game & Watch is on our unpublished not-so-notable list. Glitchpunk is only early access at the moment and suddenly we’ve got Axiom Verge 2 to deal with out of the blue.

Legendary pacing
Having now beaten Zelda: Skyward Sword HD I am ready to proclaim that it is… a real mixed bag. Parts of it are brilliant and the collection of dungeons might be the best in the whole series. The combat without the motion controls are great and the dialogue is actually quite funny once you get past the boring opening. Even the flying is good without motion controls, even if there never really seems anywhere interesting to go.

But by god the game is poorly paced. It may actually be the worst paced game I’ve ever played, although Zelda games do have a natural problem with that given the overworld/dungeon balance. But between the constant repetition of missions, the overlong quests, and just the general feeling that the game is just plodding along at a snail’s pace it can get really boring at times.

You can really edit a game like a movie but if it was possible this needs at least 15 to 20 hours cutting out of it and it would be a much better game. It goes right alongside Alien Isolation and The Last Of Us Part 2 as games that just didn’t know when to stop.
84Colbat

Inbox also-rans
Did I just invoke Inbox magic with my email about Amiga games? Not quite what I was looking for, but I’ll take it. I just hope the Amiga 500 Mini can run as one of the faster Amigas, for the perfect Amiga experience. Thanks GC.
Chris Hand

I’m all for a new Silent Hill but I’d beat anyone anything that it won’t be a major hit. The way people were talking about it you’d think it was Zelda or Halo or something in terms of sales. It was never that and will probably be even less so if they make a new one.
Cheskers

This week’s Hot Topic
The subject for this weekend’s Inbox was suggested by reader Grackle, who asks what’s your favourite console and video game combo?

By that he means what pairing of game and console do you have the most fondness for? It can be a Nintendo console and a Zelda or Mario, an Xbox and Halo, a Sony console and God Of War – or any other combination you can think of. Which game do you think suits its console so well it seems wrong to play on anything else and if your choice is a third party game why do you feel it matches well with your chosen console and not another?

Please note that due to staff holidays we’ll be running a skeleton crew on Friday, so if you can get your responses (and Reader’s Features) in by Thursday we’d appreciate it.