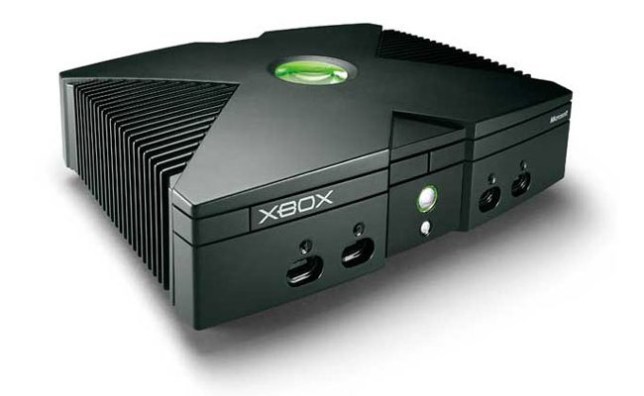 The Monday letters page has more speculation about GTA 6, as a reader hopes the FIFA x Marvel tie-in will be like Mario Strikers.

Xbox Series R(etro)
I was playing with my Classic Mini SNES today and it occurred to me that despite us getting mini-consoles of so many famous consoles, with a second Mega Drive one coming up soon, there’s never been anything from Xbox. I know they’re the new kid on the block but Sony hasn’t been in the games business for that much longer, so I’d like to see Microsoft give it a try.

I assume the reason they don’t is that backwards compatibility is a much bigger thing on Xbox, but there were lots of PlayStation 1 games on PS Now and that didn’t stop Sony making a mini-console. There is the issue of online play but that was only a big thing on a few games outside of Halo 2.

You could also argue that streaming also removes the need for a mini-console but that could actually be the way to get it working. Just make it a streaming box, that also includes online play, and then put it inside the usual shrunken console with proper old school controllers.

And before anyone says there aren’t enough games, I’d say there are plenty, many of which were console exclusives at the time: Halo 1 and 2, Psychonauts, MotoGP, Forza Motorsport, Fable: The Lost Chapters, Project Gotham Racing, Panzer Dragoon Orta, Dead Or Alive 3, Jade Empire. Star Wars: Knights Of The Old Republic, Ninja Gaiden, Splinter Cell, Crimson Skies, Amped, and The Chronicles Of Riddick: Escape From Butcher Bay.
Cubby

Everything dies
With all the talk of GTA 6 I wonder what will happen to the city of Los Santos and or online access to it. I cannot imagine a world where I can’t just boot up into GTA Online and have a blast around the world, in various vehicles, listening to a collection of radio stations that – to me anyway – never get boring. I’d really miss it.

If it were to pass, It would join a long list of open worlds lost; sometimes to server shutdown, others to relying on an old console staying in working condition. I think there is scope for bringing back these locations and environments as standalone locations – a virtual tourism if you will – to save these often lovingly created and explorable places from digital extinction.
Graham Elder

GC: We’re sure GTA Online will be kept running for many years yet. GTA 6 or not, it makes too much money for Rockstar.

Real Zelda
Just wanted to take a moment to say I really enjoyed Bronson’s Reader’s Feature this weekend. I agree 100% that Breath Of The Wild isn’t a good game and have reconciled myself to the idea that the sequel will be the first mainline Zelda game since the SNES days that I won’t get.

I’m all for Zelda trying new things, and am honestly glad Breath Of The Wild, was such a success but now I want them to go back to making real Zelda games, with real dungeons and weapons that don’t break every three secs. Until they do I fear that my Zelda playing days are a thing of the past.
Chris

Marvel Strikers
Football games are one genre I have never managed to get into. Playing against my son I always seem to be trying to control the wrong player and just end up clueless as to what’s happening.

The only (sort of) football game I have enjoyed was Mario Strikers on the Wii. I was still rubbish but could follow it and have a blast playing it.

I assume the Marvel EA team-up will just be cosmetics but if it could be an entire game mode similar to Mario Strikers it could be a laugh. Granted that third parties trying to copy Nintendo ideas doesn’t always work out well, but it would be more interesting than just seeing a forward dressed like Iron Man in the normal game.
mark freeman

GC: We don’t think it’s even going to be cosmetics, just pictures of players in superhero costumes, but time we’ll see.

Controlling the budget
RE: SJC and PC controllers. If you still have a PlayStation 2 controller, and you can still buy them, I’d get the USB adapter or if you want a slightly newer controller then get a used Xbox 360 pad with a play and charge kit. I’m still using mine and just finished Control with it (great game and free from Epic Games, which is another account you should open for the free goodies).

If you can get a cheap PlayStation 4 controller you will need a Bluetooth adapter so it can be paired and played wirelessly. I’ve been through a few as they don’t seem to be that reliable. The Xbox One controller can just plug into a USB slot and should work no problems. Argos do a few licensed Xbox controllers for £25-ish and B&M do some too.

Hope this helps a bit. There’s almost too many options for PC controllers. Some maniacs are using harps and drum kits for playing Souls games, for goodness sake.

Anyway, welcome to the PC party (the good one).
Bobwallett

GC: A second-hand Xbox 360 or Xbox One controller seems like the best budget option to us.

Bigger, better, more
Some good points made in the Reader’s Feature about GTA 6 and how it’s not guaranteed to be great. I think a lot of people get attached to a name, Rockstar in this case, and never really think about what it means. Rockstar isn’t a single entity, it’s hundreds of people being led by a dozen or more top dogs. But when those in charge start leaving, especially the co-founder, that’s going to mean big changes.

It’s also telling that nobody can point to any big new features that they want in GTA 6, just better graphics and whatever their preference for the playable characters. Now that doesn’t mean that Rockstar can’t think up something better, but as the reader said, they’ve never managed that in the last eight years or so of GTA Online. Unless people think they’ve been holding ideas back for all that time?

Red Dead Redemption 2 was great but it didn’t really do anything new in terms of open world games, even beyond just Rockstar’s other games. It ‘just’ had insane production values and tons and tons of content. I expect that to be the angle they go for with GTA 6 as well, new ideas or not.
Bootles

Wii remember
After reading the Underbox talk about 3D Mario games I felt the itch to turn on the Wii U and play my downloaded version of Super Mario Galaxy 2. I can confirm I still love it, but it also reminded me of the other Wii games I have on there and I’m now hooked again on Punch-Out!! for Wii, what a great game.

I should probably try and work my way through Metroid Prime Trilogy at some point.
John Atkinson

Wasted summer
I remember in the summer of either 2017 or 2018 me and a friend picked up a free-to-play first person shooter title called Ironsight. The one female character in the whole game could only be purchased with the premium currency.

Needless to say, as someone who likes to collect things and who has a bit of an obsessive streak, I absolutely went to town on this game. I played once a day for the whole summer, grinding XP to unlock a pittance of premium currency at a time.

One day, for some reason, me and my friend just didn’t go to bed. We played from one morning to the next, fuelled entirely by caffeine. I kept playing until the evening, maybe 10 or 11pm, and then rode the severe caffeine crash into possibly the deepest night’s sleep I’ve ever had.

To be honest, I don’t think all the time I spent in that game was worth it. I wasted an entire summer holiday playing an obscure free-to-play game I was bad at to unlock a cosmetic item.

I’m not sure what my password to my account is, so I can’t pick up where I left off to grind responsibly for the next 15 or so premium currency. I never did unlock that character.
Rowan M.

Am I on the only one that is not hyped at all about Gotham Knights? The whole idea of a Batman game without Batman sounds dumb and it’s just going to make it even longer till we get a proper one. I don’t see many other people talking about it either.
Cuit

This week’s Hot Topic
The subject for this weekend’s Inbox was suggested by reader Ishi, who asks what’s your favourite remake or remaster.

Remakes and remasters are more popular than ever at the moment, but which has been your favourite and why? Had you played the original when you first played the remake and how do you think the new version compares?

What upcoming remake or remaster are you most looking forward to and what do you hope gets announced eventually?