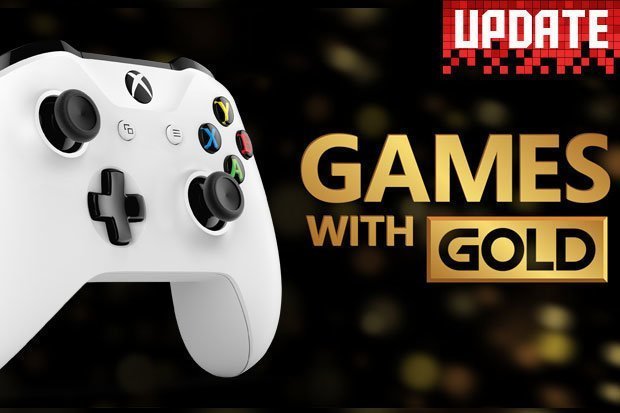 Xbox One owners don’t have to wait too much longer until they discover what games Microsoft will be gifting them for the next batch of free Games with Gold titles.

In fact, we could see an announcement later today if we’re lucky.

The existing crop of Xbox Games with Gold titles for May will be delisted soon, as they’re only available up until this Friday with the new games becoming available on Saturday.

As ever, Microsoft’s Major Nelson will unveil the new Xbox One and Xbox 360 titles before the changeover happens.

At the time of writing, there haven’t been too many hints as to what we can expect from Microsoft in June, but we imagine something will be revealed shortly.

This will arrive either in the form of a leak ahead of time via the Xbox dashboard (as so often is the case) or with an official announcement.

And with E3 2019 on the horizon, we certainly hope Microsoft has a good month for fans planned.

Usually, Games with Gold announcements are saved until after Major Nelson announces the weekly Deals with Gold offers, which were revealed this morning, so we could see a Games with Gold reveal at any moment.

As mentioned players may notice some rumours and leaks in the days ahead, especially given Microsoft’s propensity to accidentally reveal the games on the Xbox dashboard before making the announcement themselves.

It’s also worth noting to take any websites ‘predictions’ with a massive dollop of salt, since, there’s not really any form or formula for suggesting what games Xbox could look to include. We doubt many people had predicted that in May we’d get The Golf Club 2019.

It really is potluck at the best of times, no matter how much some people can spin some sort of logic. EG: ‘Gears 5 will be revealed next month, ergo, Gears 4 COULD be included.’

We suppose, the only games you could predcit, are original Xbox titles, since in recent months Xbox have made more efforts to include those retro titles almost every month.

In the past few months, we’ve seen several Xbox Originals included, such as: Star Wars Jedi Knight: Jedi Academy and Star Wars Republic Commando. This month, it was Comic Jumper.

In the meantime, though, make sure you download the current crop of Xbox Games With Gold titles because as we mention, they’re only available for another handful of days before they’re removed.

On Xbox One, Xbox Live Gold members can currently download Marooners ($9.99 ERP) for free during the month of May.

Alternatively, pick up The Golf Club 2019 featuring PGA TOUR ($49.99 ERP) which will also be available as a free download from May 16th to June 15th.

On Xbox 360 (and Xbox One thanks to backwards compatibility) Earth Defense Force: Insect Armageddon was previously available but has since been replaced by Comic Jumper for free until May 31st.

As always, don’t hang about, these games won’t be available forever.

But keep one eye out in the coming days as the new June Games with Gold titles should be announced very shortly.