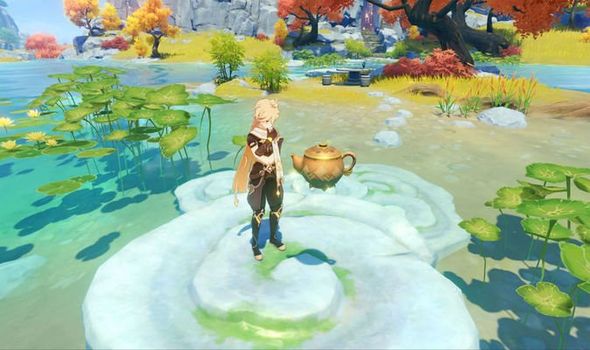 Four new codes can be downloaded today as part of the new Genshin Impact 1.5 reveal.

The livestream event held today by developers Mihoyo confirmed all sorts of new features and characters coming as part of the next big expansion.

Much of this will be happening later this month as part of the April 28 release date, including the new PS5 update.

Mihoyo had this to say about the upcoming upgrade, telling Genshin fans during the livestream:

“As well as delving further into the history of Liyue with Zhongli, meeting new characters Eula and Yanfei, facing off against formidable new foes, and establishing a personal realm in Teyvat, players will also be able to opt for a next-generation Genshin Impact experience, with native support for PlayStation 5 bringing enhanced visuals and game performance.”

But while plenty of new stuff is coming soon to the game, new Genshin Impact Codes can be redeemed for free today.

These were released as part of the new Genshin Impact 1.5 livestream event, and includes the following Codes:

The final code will not expire and should remain available until after April 2021. However, the others listed will probably expire after a few weeks.

And here are some of the free codes shared during the Chinese livestream that probably won’t work but worth a go:

More details regarding Genshin Impact 1.5 can be found below, including news regarding the new housing feature and characters:

Two new characters: Eula, the Spindrift Knight from Mondstadt, and Yanfei, a legal adviser from Liyue Harbor. As the Captain of the Knights of Favonius Reconnaissance Company, Eula is a five-star character, a claymore-user, and the bearer of a Cryo Vision. Her Elemental Skill, Icetide Vortex, increases her resistance to interruption and her DEF while dealing Cryo DMG. Her Elemental Burst deals AoE Cryo DMG to nearby enemies and creates a Lightfall Sword that follows her around for a certain duration, increasing her resistance to interruption. By dealing damage, Eula charges the Lightfall Sword until it explodes at the end of its duration, dealing AoE Physical DMG.

Meanwhile, Yanfei is a young half-human, half-illuminated beast born in Liyue during peacetime. She has dedicated herself to studying and interpreting Liyue’s extensive legal code and helping her clients extricate themselves from even the most complicated of legal wrangles. The four-star Pyro-using catalyst-wielder generates Scarlet Seals with her Normal Attack, Elemental Skill, and Elemental Burst. Scarlet Seals provide a stackable buff that decreases Yanfei’s Stamina consumption and can be consumed to increase the power and range of her Charged Attacks.

Still, remember that magical teapot owned by a certain adeptus granny? Well, now you will have a chance to get your hands on your very own “Serenitea Pot,” courtesy of Madame Ping. Enter a realm you can call your own and build your dream home!

To make your realm into a place you can call home, you will need to remodel it inside and out. Thankfully, Tubby the teapot spirit will be on hand to help you with this task. As you travel around Teyvat, you will discover various furnishing blueprints, which can be used to make furnishings for your home. The more furnishings you make, the more Trust you can earn from Tubby, and the more help and resources Tubby can offer in return. Once your Trust Rank is high enough, Tubby can even help you switch realm layouts.