Genshin Impact is bringing back Tartaglia for his second banner run and fans are understandably excited. Tartaglia, or Childe as many fans know him, is a character with a unique fighting style. By using his elemental skill, players can change from using a bow to close-ranged combat where he uses hydro blades in an instant. This allows Tartaglia to be applicable for a long list of situations, that players would normally have to swap to another character for.

Tartaglia is also a Fatui Harbinger, which makes him even more interesting since he is one of the bosses in the game, as well as being a playable character. This makes him very meme-worthy. 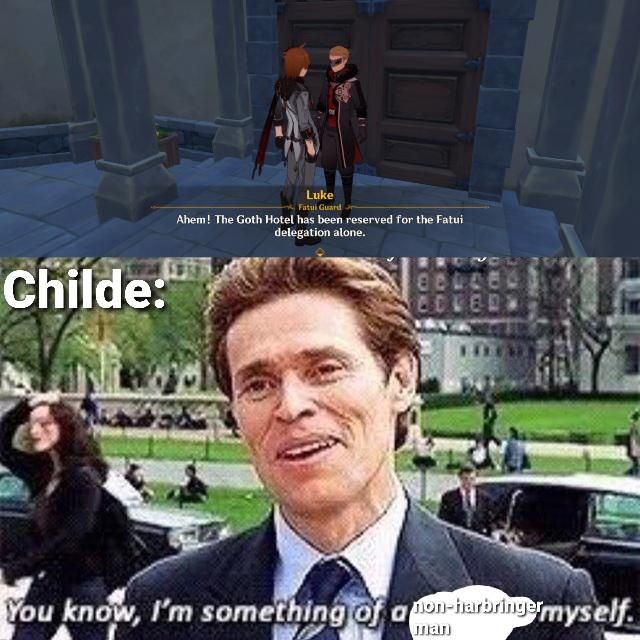 Playing as Tartaglia doesn’t come with any perks outside of battle, despite his well-known status.

Fatui members will attack him without a second thought, and he can’t get into the Goth hotel in Mondstadt, even though he is one of the most important members of the Fatui. Although, this could be due to the fact that many other members consider him a reckless wild-card. 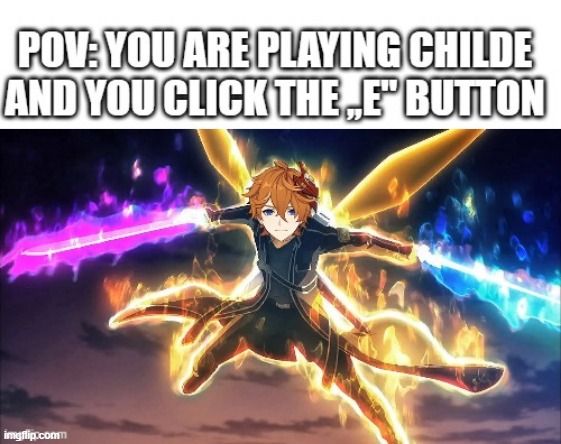 Tartaglia takes hydro supremacy seriously and will likely inspire a whole dual-wielding class in the future.

8 Tartaglia Is A Metaphor 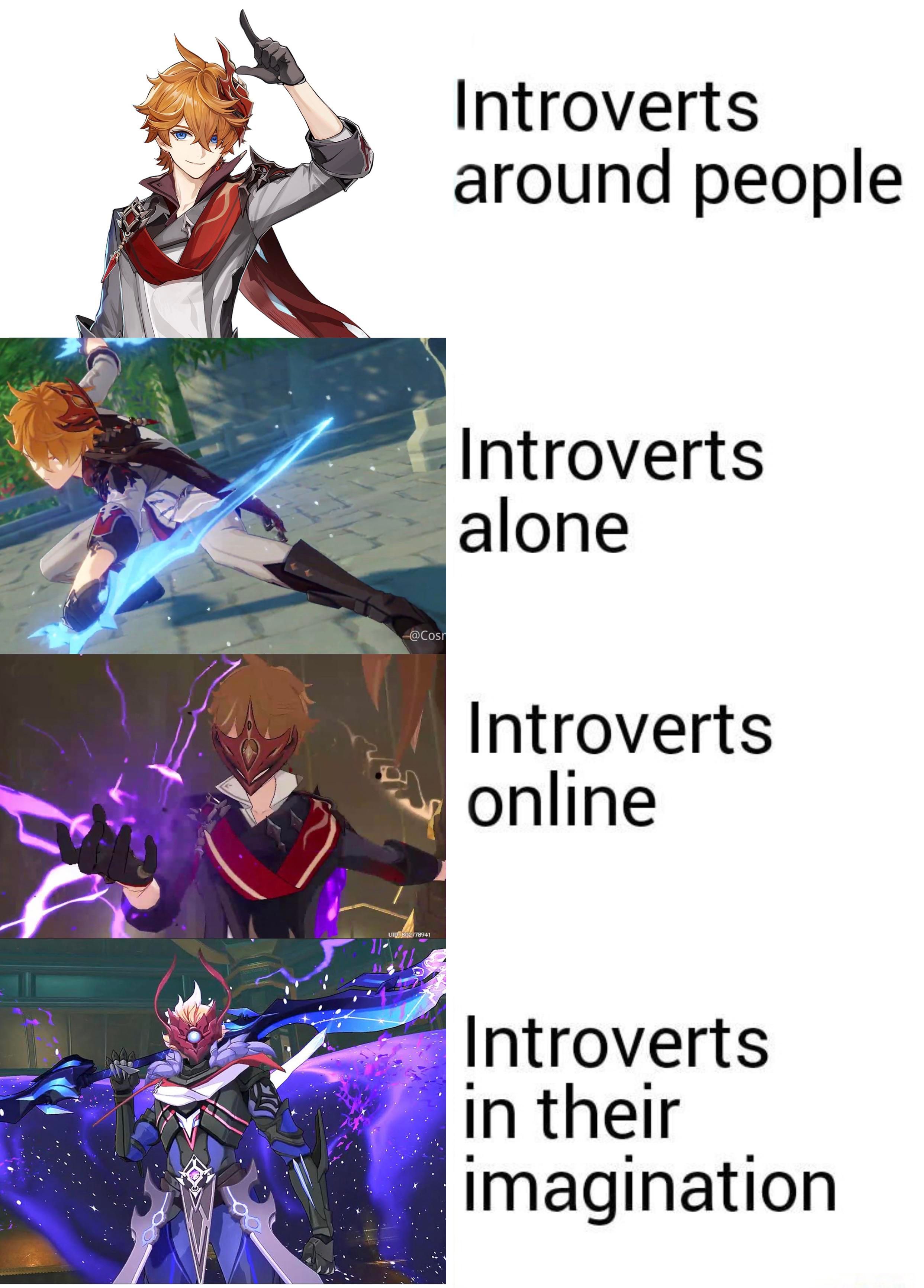 It’s true that depending on who Tartaglia is currently seen by, his personality completely changes. He goes from mild-mannered “toy seller” to badass weekly boss.

In the eyes of Liyue and his family, he is cheerful and friendly. When working on small missions he’s efficient and deadly. When it’s time to be serious he taps into a hidden power. If he finds himself in a bind though, he turns into a dual elemental boss with a cool cape. 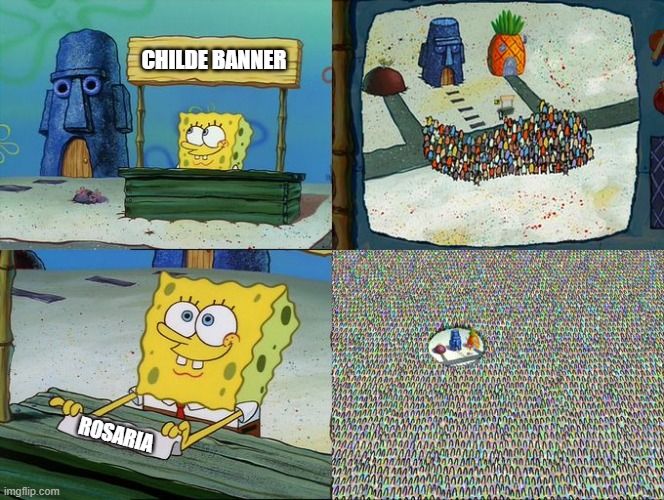 Rosaria is being added into Tartaglia’s second banner, likely to move Diona out. This has caused many people to skip over the banner rerun, and players are now hoping that they are able to summon Rosaria instead of Tartaglia himself, despite the fact she’s just a four-star.

Rosaria’s design is gorgeous, and it has made Tartaglia fall into second place. She’s new, she looks stunning and she has an intriguing backstory. What else do you need? 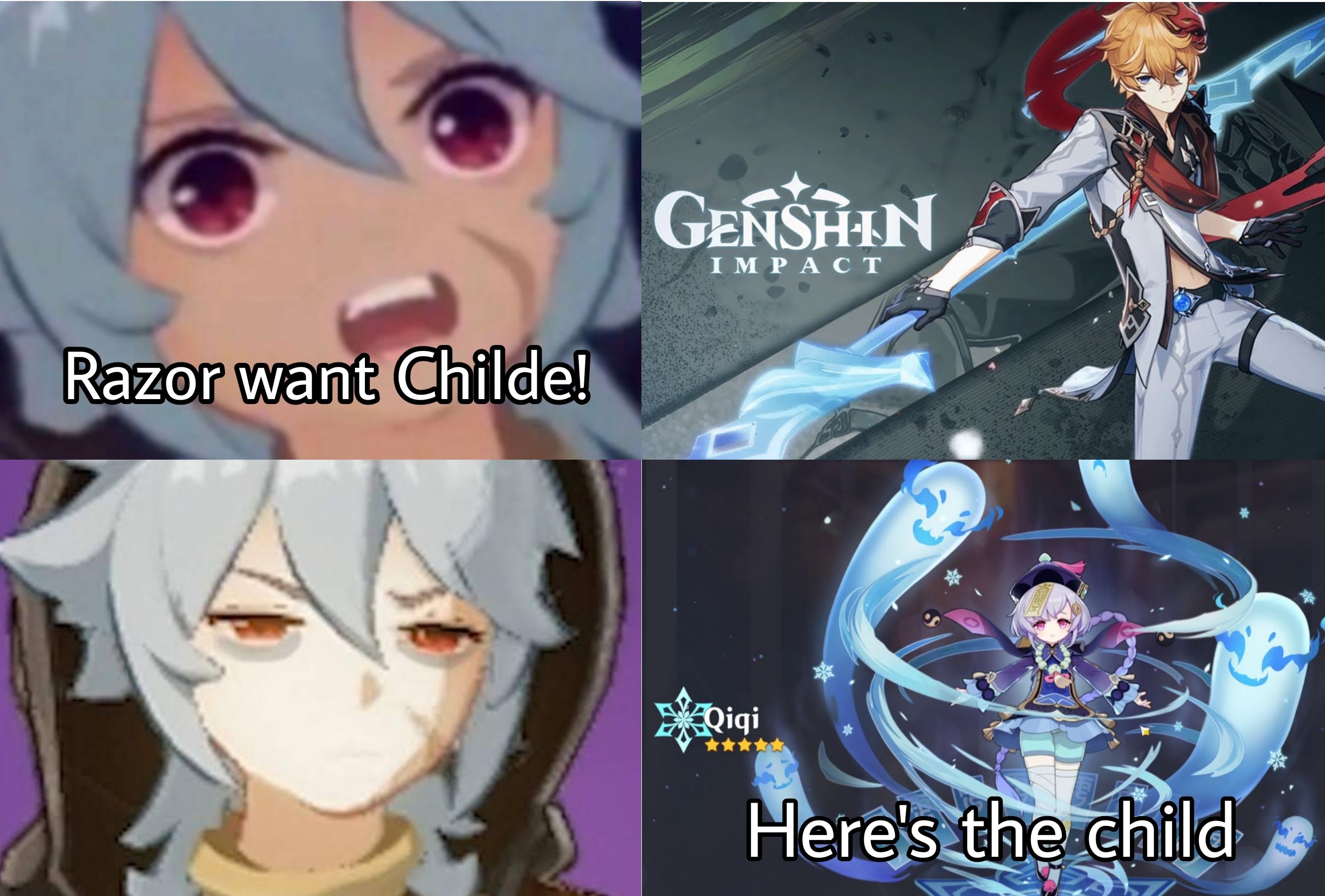 When you pull on the special banner, you have a 50/50 chance of getting the banner character in your first set of 90 pulls. This got a bit troublesome for players who just wanted to pull Childe, but ended up with Qiqi, who is actually a child.

While the meme is funny, the look on Razor’s face perfectly depicts how players feel about failing a 50/50. 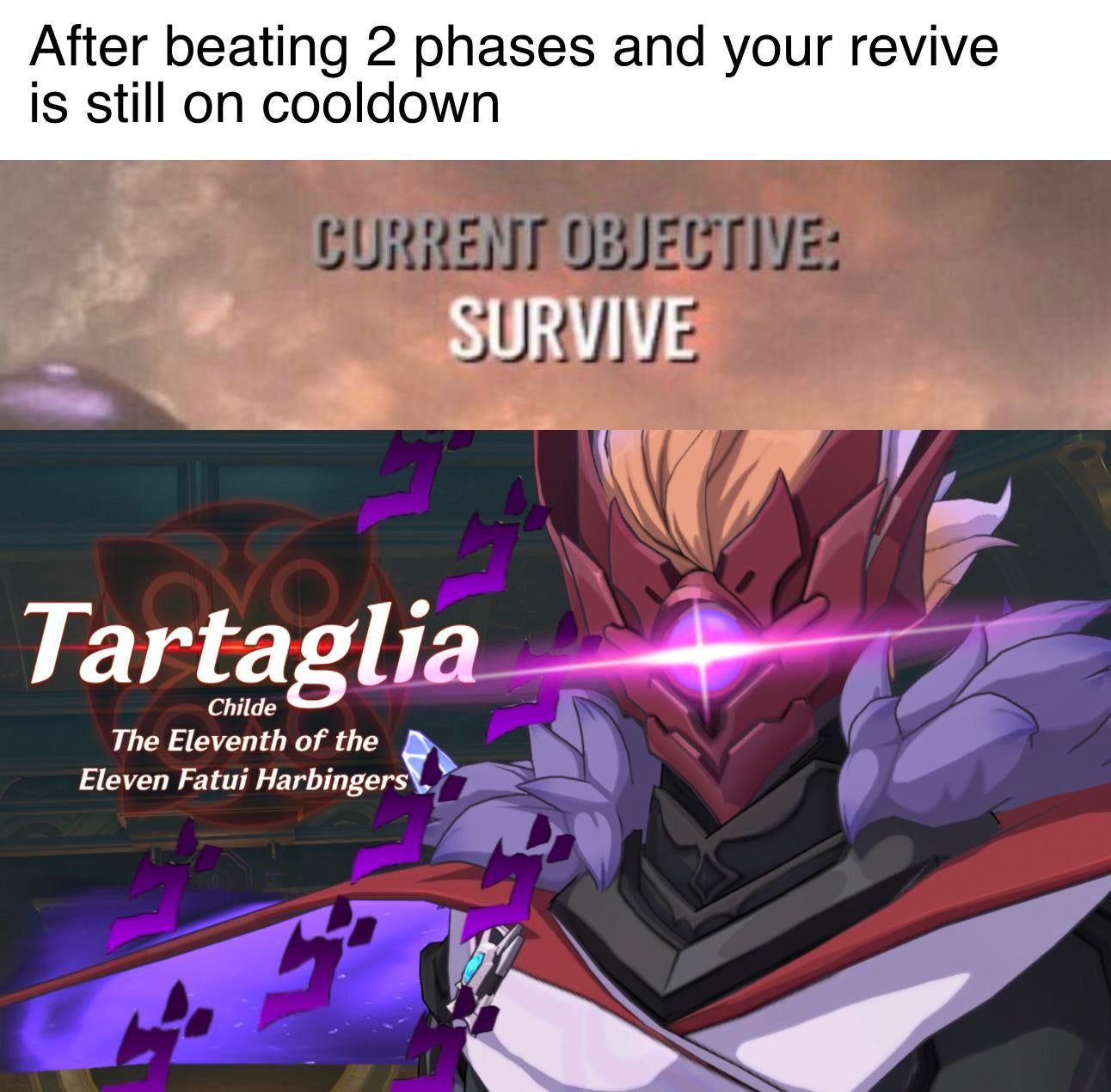 The Tartaglia boss fight had to be nerfed shortly after its release due to the fact that Tartaglia was literally destroying five-star teams. With three different forms, two different elements, and no time to heal in between, players were having a hard time dealing with Tartaglia.

Even being able to survive for most of the battle was an achievement for a good portion of players.

4 The Man of Many Names

For players who don’t know, neither Childe nor Tartaglia is his real name. Ajax is the Fatui Harbingers real name and it has spawned several memes like the one above. Deadpool memes have also been seen floating around, which perfectly matches Tartaglia’s many names.

Ajax doesn’t seem like that bad of a name, so he probably just wants to keep his family safe. 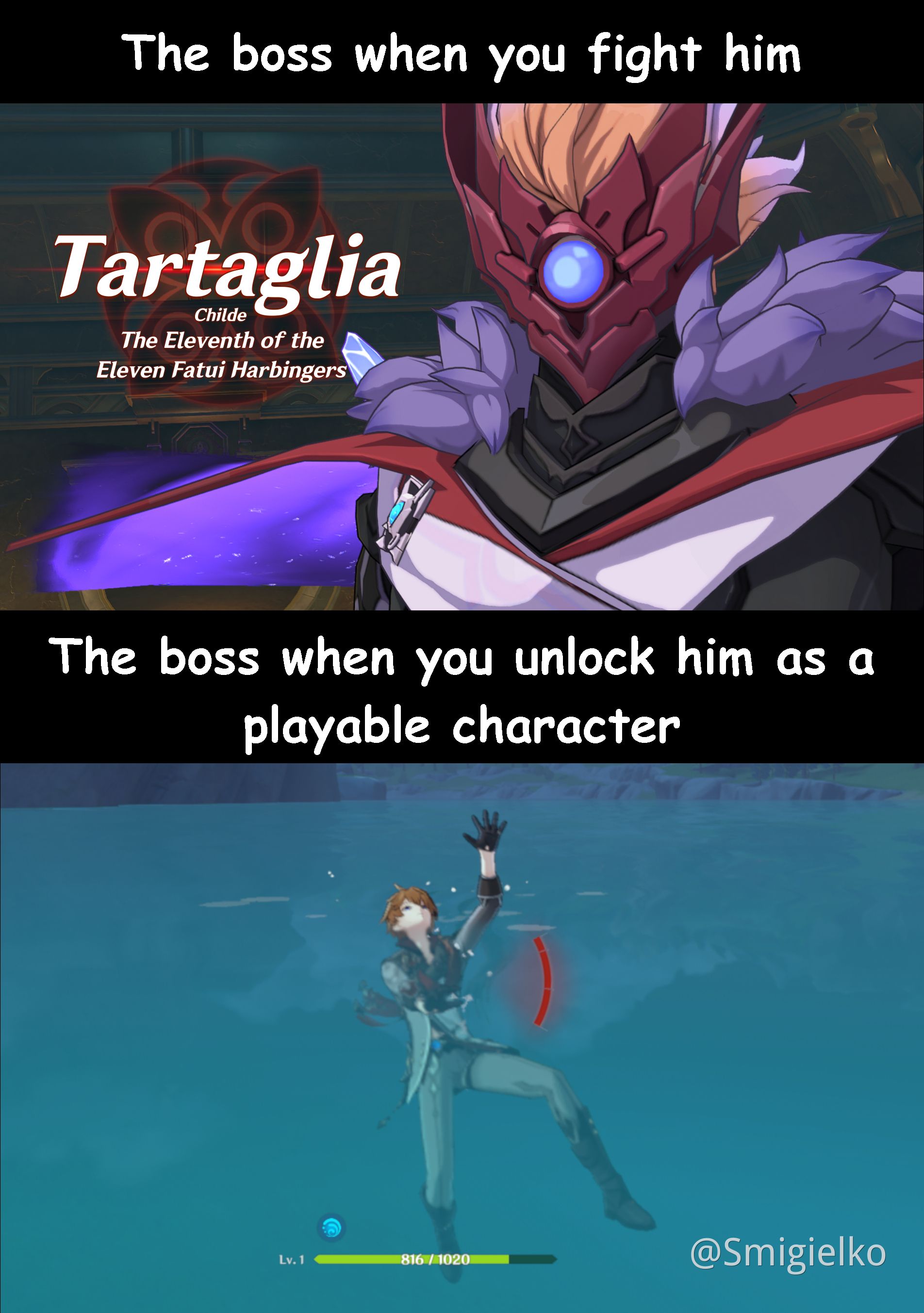 After getting destroyed in the super-hard boss fight, getting nerfed, and being shown to summon a giant hydro well, players were understandably confused by Tartaglia. While he is powerful, many fans wonder what happened to all the amazing attacks he had during the boss fight.

At the very least, they wish his ultimate would be changed to summon a giant creature. Instead, players are left with a character that can be taken out by a short fall.

2 The Abyss is Concerned 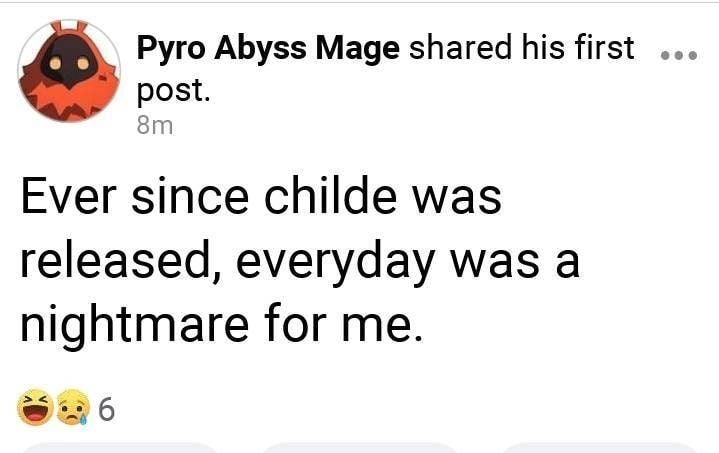 Tartaglia mains regularly hunt down the poor Pyro Abyss Mages for ascension materials. While there were once powerful enemies, Tartaglia can make quick work of them without the mage even setting off a single attack. It would be fair to assume that the Abyss is horrified by hydro characters, especially when it comes to Tartaglia.

They are probably the ones causing all the bad luck on the banner pulls as they don’t want to get destroyed every single day. 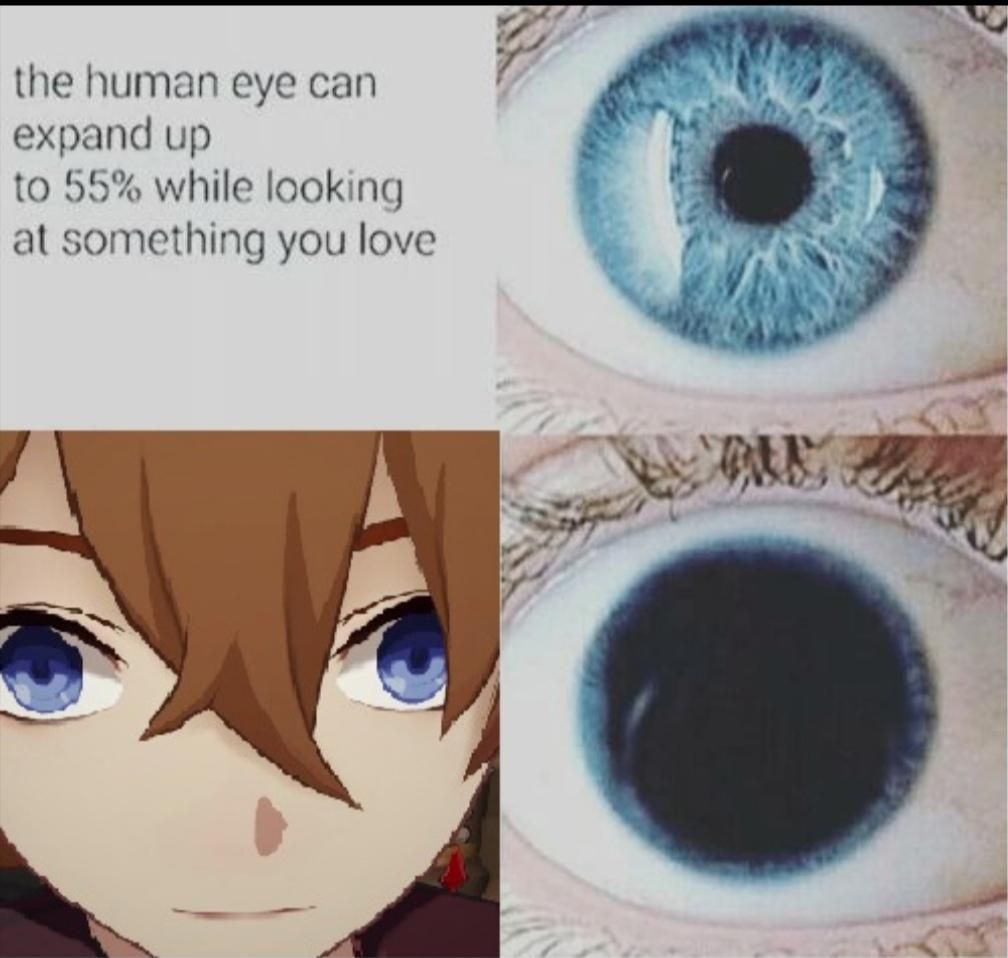 Tartaglia is extremely popular with the game’s fanbase, many of which would love the chance to make him their husband. Tartaglia is shipped with Lumine by a large part of the community and his hangout event will likely be one of the most popular ones ever to be released.

He is everything a good boyfriend should be; hardworking, family-oriented, and protective. It’s safe to say that he is kept on a lot of teams just because of his overwhelming amount of charm.

Next: Genshin Impact: 10 Venti Memes You Need to See 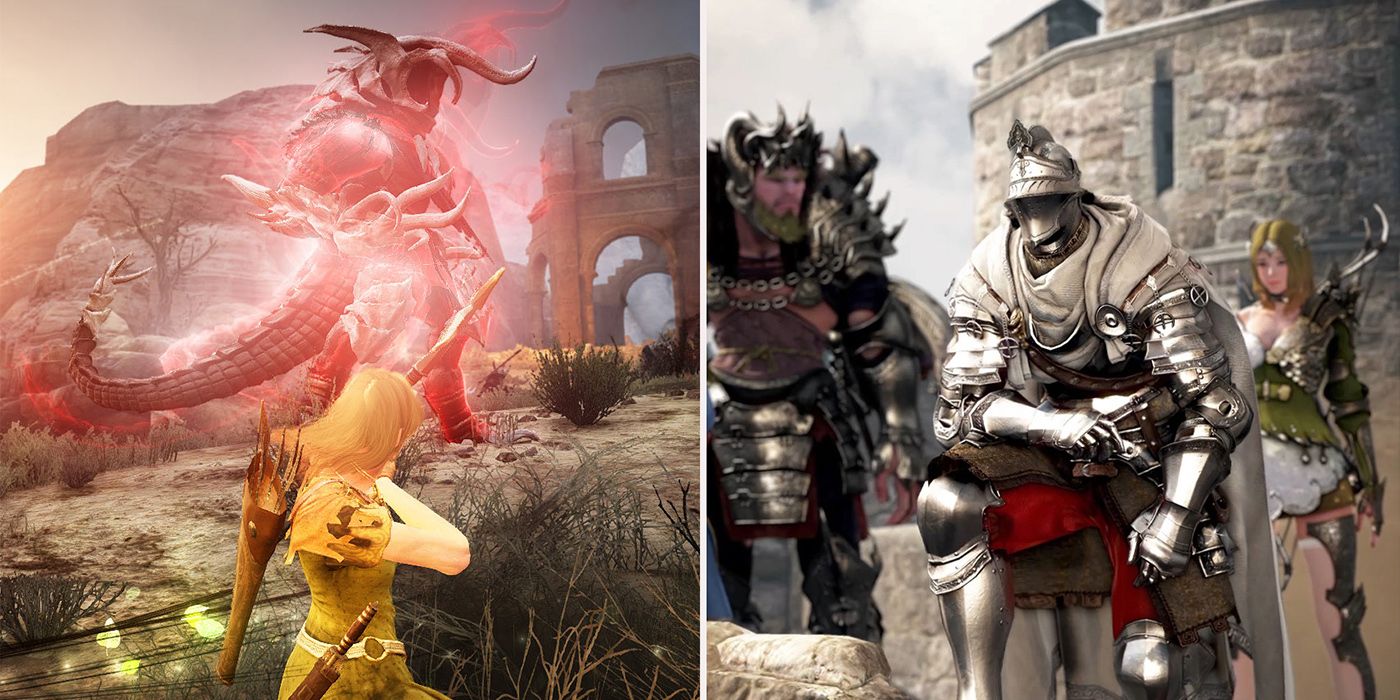